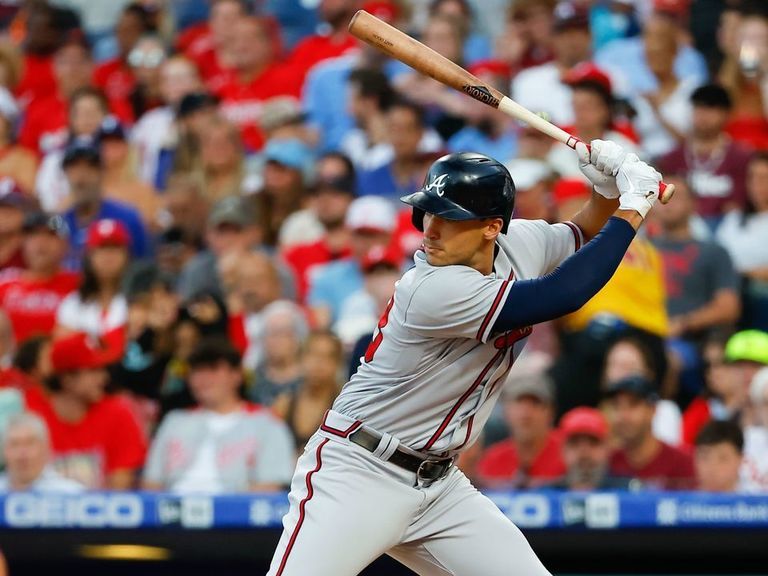 We have a jam-packed night of baseball to look forward to on Tuesday, with every team in the majors in action.

A couple of NL East sides stand out from the rest of the pack. Let’s dig into why.

The Phillies are in a bit of a rut. They enter this contest holding a playoff spot by the skin of their teeth, having dropped three in a row and six of the last 10.

I expect them to bounce back Tuesday night at home against the Marlins. The fish have struggled mightily to produce offense all season long, ranking second to last in runs scored among NL teams.

A date with Aaron Nola is unlikely to help matters. He has pitched much better than the results suggest over the past month (2.25 FIP versus 4.22 ERA) and – in his career – has done a great job of shutting down Miami’s offense.

Through 109 plate appearances, this Marlins roster has mustered a putrid .275 xwOBA against Nola. They haven’t been able to get on base or generate healthy contact against him.

Given the form Miami is in at the plate – it sits 30th in wOBA against righties over the last three weeks – Nola should have no problem keeping the offense in check.

I’m not sure the same can be said of Jesus Luzardo. Although he has also pitched very well of late, his underlying metrics lag a little behind Nola’s.

More importantly, though, is the fact he’ll be tasked with shutting down a much better offense. The Phillies sit third in wOBA and first in hard-hit rate against left-handed pitching since the beginning of August.

If they can plate a few runs against Luzardo, they should be well on their way against a Marlins bullpen that sits 25th in FIP over the last month.

Look for the Phillies to rebound with a multi-run victory.

The Braves have edges everywhere in this game.

We’ll start with pitching. After a bit of a rough patch, Kyle Wright has once again found his game. He owns a 2.19 FIP over the past 30 days and has posted sparkling numbers across the board.

Wright has struck out more than 26% of batters faced, posted an absurdly strong 60% ground-ball rate, and done a great job of limiting hard contact.

The Athletics aren’t a good offense and figure to be in for a disastrous night playing in their pitcher-friendly ballpark.

They rely more on power than stringing together hits, which shouldn’t lead to much success against a ground-ball pitcher who has allowed just 0.35 homers per nine over the last 30 days.

If Wright can limit the damage – and all signs indicate he can – the Braves should be in fantastic shape because they’re more than capable of giving him proper run support.

Athletics starter Cole Irvin owns rather pedestrian numbers over the last month. He’s posted a 4.45 ERA and 4.07 FIP while allowing 1.35 homers per nine and more fly balls than grounders.

That’s not a profile that should lead to success against a lefty-mashing team like the Braves. Although they are considered a power-hitting team, the Braves are hardly one-dimensional, sitting second in batting average against lefties since the beginning of August.

While the Braves tend to pile up the homers, they’re more than capable of scoring when those aren’t necessarily on the table.

With big advantages on the mound and at the dish, the Braves should be able to pick up a pretty convincing win against the AL’s last-place team.

Todd Cordell is a sports betting writer at theScore. Be sure to follow him on Twitter @ToddCordell.