Jets QB Joe Flacco to start vs. Ravens; Zach Wilson (knee) out until at least Week 4 vs. Steelers 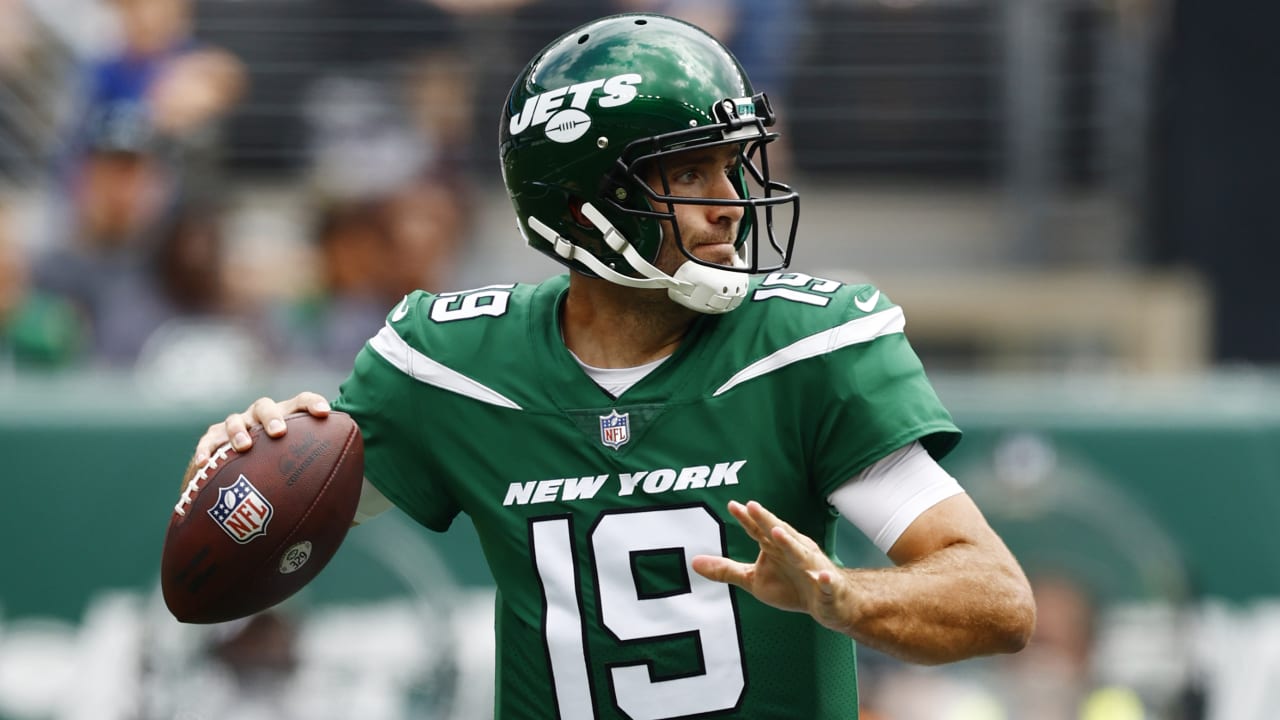 Joe Flacco will start at quarterback for the New York Jets in their season opener against the Baltimore Ravens on Sunday, NFL Network Insider Ian Rapoport reported on Wednesday.

Flacco, New York’s backup, will play instead of starter Zach Wilson, who is still recovering from a knee injury suffered during the preseason.

Jets coach Robert Saleh confirmed Wednesday that Flacco will start against Baltimore, but also that Wilson won’t be available for New York’s first three games. The earliest the second-year QB can return is Week 4 against the Pittsburgh Steelers. Saleh said Wilson will not go on injured reserve because he wants the signal-caller to practice the next few weeks.

“This week, he’s going to be off to the side with the trainers,” Saleh explained, “and we’ll slowly — part of his rehab schedule — start implementing him back into practice over the next couple of weeks.”

Wilson underwent knee surgery on Aug. 16 after suffering a bone bruise and a meniscus tear in New York’s first preseason game against the Philadelphia Eagles; the Jets QB was scrambling on New York’s second drive of the game and went down with a non-contact injury. He didn’t see the field for the rest of the preseason, resting and rehabbing in hopes of starting Gang Green’s Week 1 game. Now, it turns out, Wilson won’t be available for the whole of September.

“He looks fantastic, he still looks good, he feels good. You guys are going to get a chance to talk to him. You guys will see he’s not walking with a limp or anything,” Saleh added of Wilson. “But just gathering all the information and talking to their doctors along with ours, we’re just going to end it until Pittsburgh.”

It’s a setback for the former No. 2 overall pick, who missed four games due to injury in his rookie season, but an opportunity for Flacco, the 37-year-old veteran, to lead a talented albeit green roster into his 14th NFL season.

In a storyline no one expected in 2022, the now-journeyman Flacco will open up the campaign against the Ravens, his former team with whom he spent the first 11 seasons of his career and won a Super Bowl. The Ravens ultimately replaced Flacco, the greatest QB in franchise history, with his Week 1 opponent, Lamar Jackson, who is on his way to becoming Baltimore’s best-ever signal-caller. It will be a matchup of unwilling mentor and mentee at MetLife Stadium.

For the Jets, Flacco should be a steady if unexciting presence under center. In two seasons with New York, Flacco has made seven appearances, including five starts, completing 57.4 percent of his passes for 1,202 yards, nine TD passes and three interceptions. In his one preseason appearance this year, the veteran went 7-of-12 for 76 yards and an ugly pick-six.

With an surprisingly deep crop of talent at his disposal — receivers Elijah Moore, Corey Davis, Garrett Wilson and Braxton Berrios, running backs Breece Hall and Michael Carter and tight ends Tyler Conklin and C.J. Uzomah — Flacco could find success early and get New York’s offense on the right flight path against three AFC North opponents (Baltimore, at Cleveland, Cincinnati). But the veteran’s presence under center has to be disappointing for a Jets organization and a fan base hoping to finally take off with Wilson in 2022.