Manny Pacquiao The Latest Superstar To Box In Saudi Arabia? 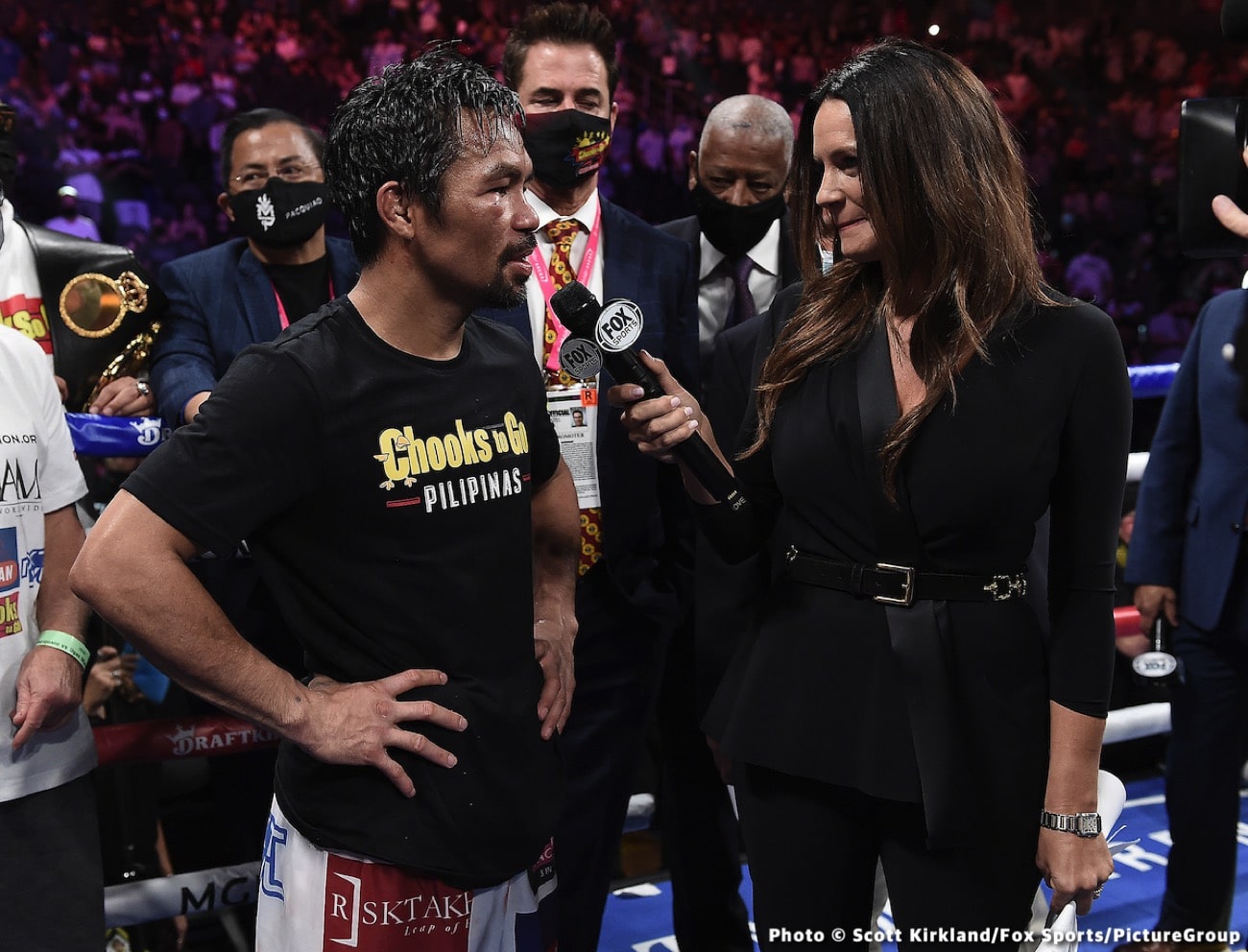 Reports have been floating around that say “retired” all-time great Manny Pacquiao could be the latest boxing superstar to fight in the Middle East, in Saudi Arabia. Pacquiao – who will face YouTuber and MMA fighter DK Yoo in Seoul later on this year, in a six-round exhibition bout – is said to be eyeing the possibility of then boxing an exhibition with Jaber Zayani, his former sparring partner, in Saudi Arabia in January of next year.

“We will just start discussions,” Pacquiao said to AFP on the subject of the second exhibition bout.

As fight fans are well aware, a number of high-profile boxing matches have taken place in the Middle East recently, not least the two big world heavyweight title fights, between Anthony Joshua and Andy Ruiz in their return fight, and Oleksandr Usyk and Joshua in their rematch. And it looks as though the massive money the Saudis are capable of putting up to secure a bout will ensure there will be more big fights staged there.

Pacquiao, if he boxes in Saudi Arabia (reports say the exhibition between Pac Man and Zayani would happen in Riyadh), will no doubt have to listen to the same type of criticism Joshua and others had to hear when they fought there, when the big fight (as well as other big sporting events held in the Middle East) became a tool for distracting the world from the various human rights abuses that go on there – the term ‘sportswashing’ having been heard a lot these past few months.

But we know the good work Manny does for charity, and he would no doubt hand over a large chunk of the cash an exhibition bout in Saudi Arabia would net him, this to worthy causes; as he says he will do with the proceeds from the Yoo fight. Still, it would perhaps surprise some people if Pacquiao did box in Saudi Arabia.

And there continue to be suggestions that Pacquiao, who turns 44 in December, will fight again for real. Nothing has been said officially, in fact to the contrary, with Manny saying when the Yoo bout was announced how he would NOT be coming back for real. However, until he’s about 50 years of age, plenty of fans will keep wondering if we will see a Mayweather-Pacquiao II, or a Pacquiao-Juan Manuel Marquez V.