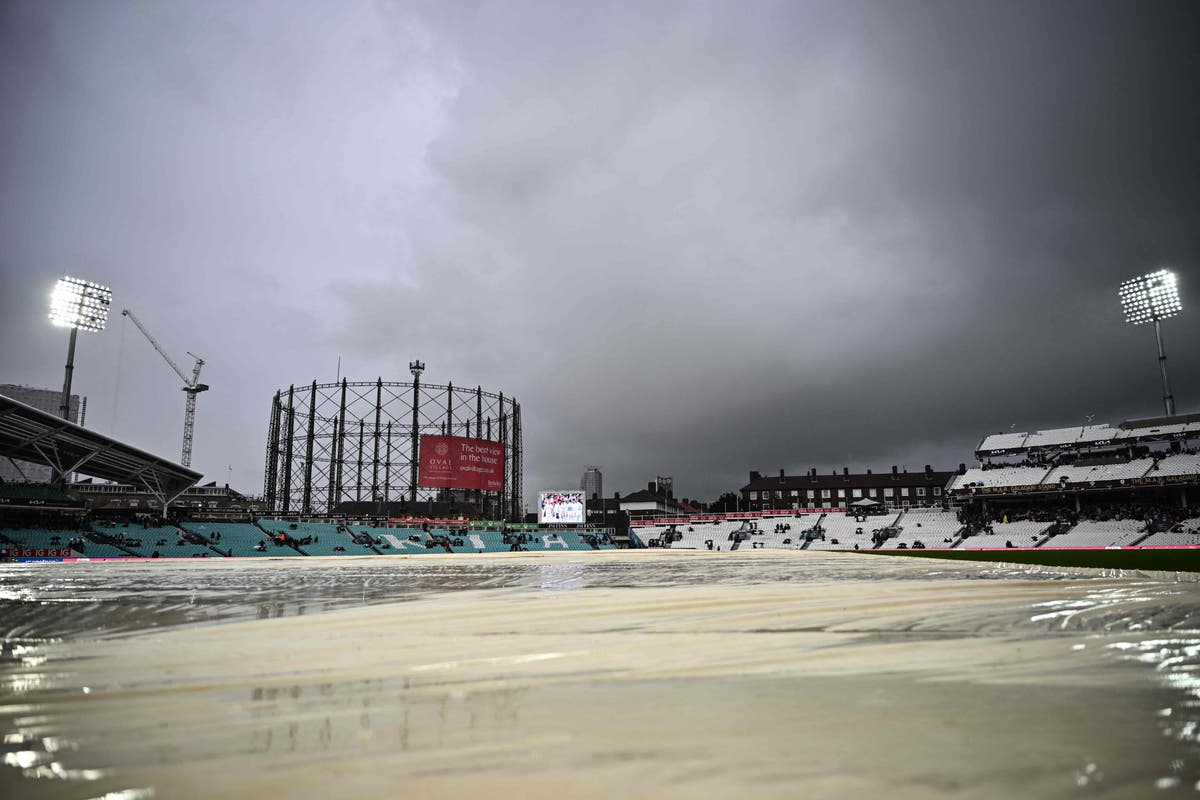 England close out the summer at The Oval in the third and final test match against South Africa. Ben Stokes’s men suffered their first defeat under his leadership when the Proteas won by an innings and 12 runs at Lords, to take the lead in the series, only for England to bounce-back at Old Trafford with an innings victory of their own leaving the three-match series on the line as the teams meet back in London.

At the start of the summer Stokes took over from Joe Root as England’s test match captain and Brendon McCullum became the head coach. Under their leadership England have won five of their six test matches including a series win over World Test champions New Zealand and a series draw in the delayed fifth test match against India.

Follow all the action from the third test between England and South Africa:

In brighter news today is Jos Buttler’s birthday and the England one-day captain turns 32. He’ll be back in action later this month as England head to Pakistan for a T2 series ahead of the T20 World Cup in Australia starting in October.

The future of the game

During this rain break, former England captains Andrew Strauss, Nasser Hussain and Michael Atherton have all been discussing the future of the game in England.

They’ve discussed the domestic schedule, how to adapt County Cricket to better reflect Test Cricket, the financial aspect of growing the game and of course The Hundred.

It’s been a fascinating converstion that outlines the problems the ECB are facing and how devisive some of their decisions have been.

At the very least it will give cricket fans a different viewpoint on The Hundred and why it was created in the first place.

The planned inspection that was due to take place at 1.30pm will not go ahead as the rain has come again. The covers are back out and there’s no sign of the players.

No play was possible on the opening morning of the decisive third LV= Insurance Test between England and South Africa at the Kia Oval.

With the series deadlocked at 1-1 after innings wins for both sides, there was plenty of anticipation for this match, but overnight rain meant a delayed start before a shower washed out the session.

In-between, Ben Stokes elected to bowl first after winning the toss for the first time in the series, with Harry Brook making his Test debut in place of the injured Jonny Bairstow in England’s only change.

No play was possible on the opening morning at The Oval

England captain Ben Stokes believes Harry Brook is a “huge talent” but was less complimentary about the Test newcomer’s intellect, describing him as “a bit dumb”.

Yorkshire batter Brook is poised to make his red-ball debut in his country’s series decider against South Africa at the Kia Oval after being selected in place of the injured Jonny Bairstow.

The 23-year-old has been patiently awaiting an opportunity all summer and underlined his capabilities last month with a superb knock of 140 for England Lions in a tour game against the Proteas.

Stokes is a big admirer of his Northern Superchargers team-mate’s on-field talents, albeit his overall appraisal was not entirely glowing.

Liam Plunkett believes England’s top stars will find it hard to resist the attraction of the big-money Major League Cricket competition in the United States next summer.

The inaugural 20-over event is set to involve franchises based in six US cities and offer higher salaries than any league in the world with the exception of the IndianPremier League.

Former England pace bowler Plunkett, part of the 2019 World Cup-winning team, is set to play in the competition next June and July and expects many current national team players to be tempted.

“Americans want to watch the best and I think we can attract them,” he told the Daily Mail. “I think they will definitely jump on board when they see how big it is. With how many people love cricket here and the way Americans put on a show, you will get packed-out crowds.”

The first competition is slated to start next June

The rain has started again

The momentary delight about a possible start to the game has taken a hit as the rain starts again and the covers are back on. It’s not as heavy as earlier and the inspection is still due to take place at half past.

The rain has stopped

Good news! The rain has stopped at The Oval and the covers are being taken off.

There will be an inspection at 1.30pm to see if play can start. If the ground is dry enough play could get underway around 1.45pm.

It’s been a while since we checked in at The Oval so here goes. It’s dark, it’s wet, it’s gloomy.

There’ll be no play for a while yet.

England Test captain Ben Stokes insisted he and the recalled Alex Hales share a dream of winning the T20 World Cup as he dodged a question about their personal relationship.

Hales’ lengthy international exile is over after he replaced the injured Jonny Bairstow in Matthew Mott’s squad for next month’s tournament in Australia.

The Nottinghamshire batter has not represented his country for three and a half years, having been dumped on the eve of the 2019 World Cup following two failed recreational drug tests.

All-rounder Stokes was once close with Hales before that bond deteriorated in the aftermath of a late-night incident outside a Bristol nightclub in 2017, which led to the former being charged with, and ultimately acquitted of, affray.