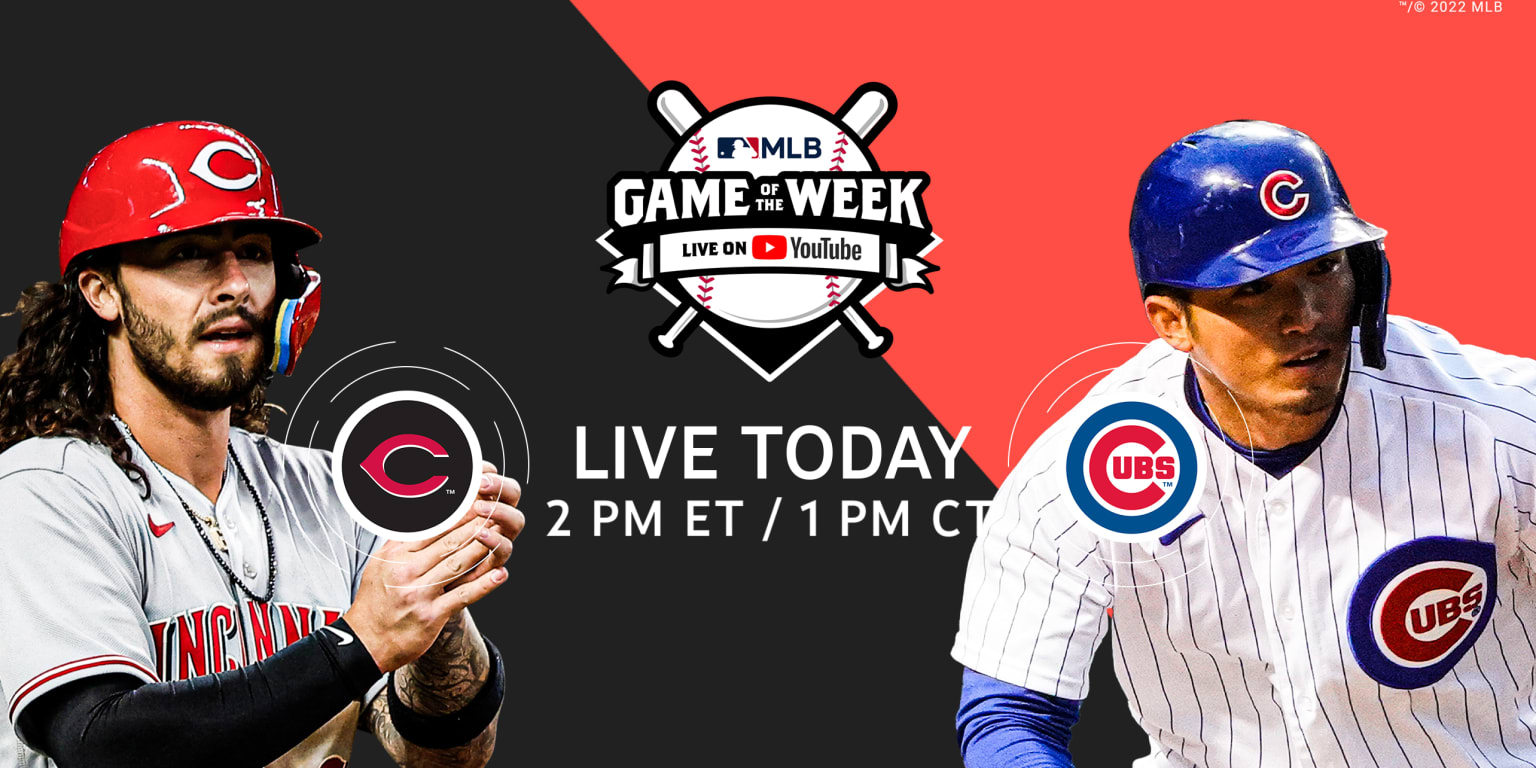 The MLB Game of the Week Live on YouTube is streamed, for free, to fans around the world in 182 countries. This week’s matchup is an NL Central clash, featuring the Reds’ Jonathan India and the Cubs’ Seiya Suzuki in the series finale. You can watch it free here at 2 p.m. ET/1 p.m. CT on YouTube on Thursday.

Fans will be able to access each broadcast for free from anywhere they can watch YouTube, including the free YouTube app on smart TVs, simply by tuning in to MLB’s YouTube channel, or for YouTube TV members, on a dedicated channel via the app. Fans do not need a YouTube account to watch the games. Also back for 2022 is the “YouTube Player of the Game,” where fans watching on mobile devices and computers can vote for the standout player, who will receive a trophy during the postgame show.

MLB Network’s Emmy Award-winning production team will produce all 15 broadcasts this season, with play-by-play broadcaster Scott Braun and former MLB All-Star Yonder Alonso calling the games. Additionally, the MLB Game of the Week Live on YouTube Pregame Show will be hosted by MLB Network host and reporter Siera Santos and begins 30 minutes before each game’s scheduled start time and airs live on YouTube.

Several only-on-YouTube features will also be part of the broadcast productions this season, including live chat featuring game commentary from MLB superfan YouTube creators and in-game polls that keep fans engaged and connected with the announcers throughout the game. Fans watching on YouTube TV with a membership will also have the ability to rewatch key plays tied to the exact moment they are watching and check out real-time stats from the game.