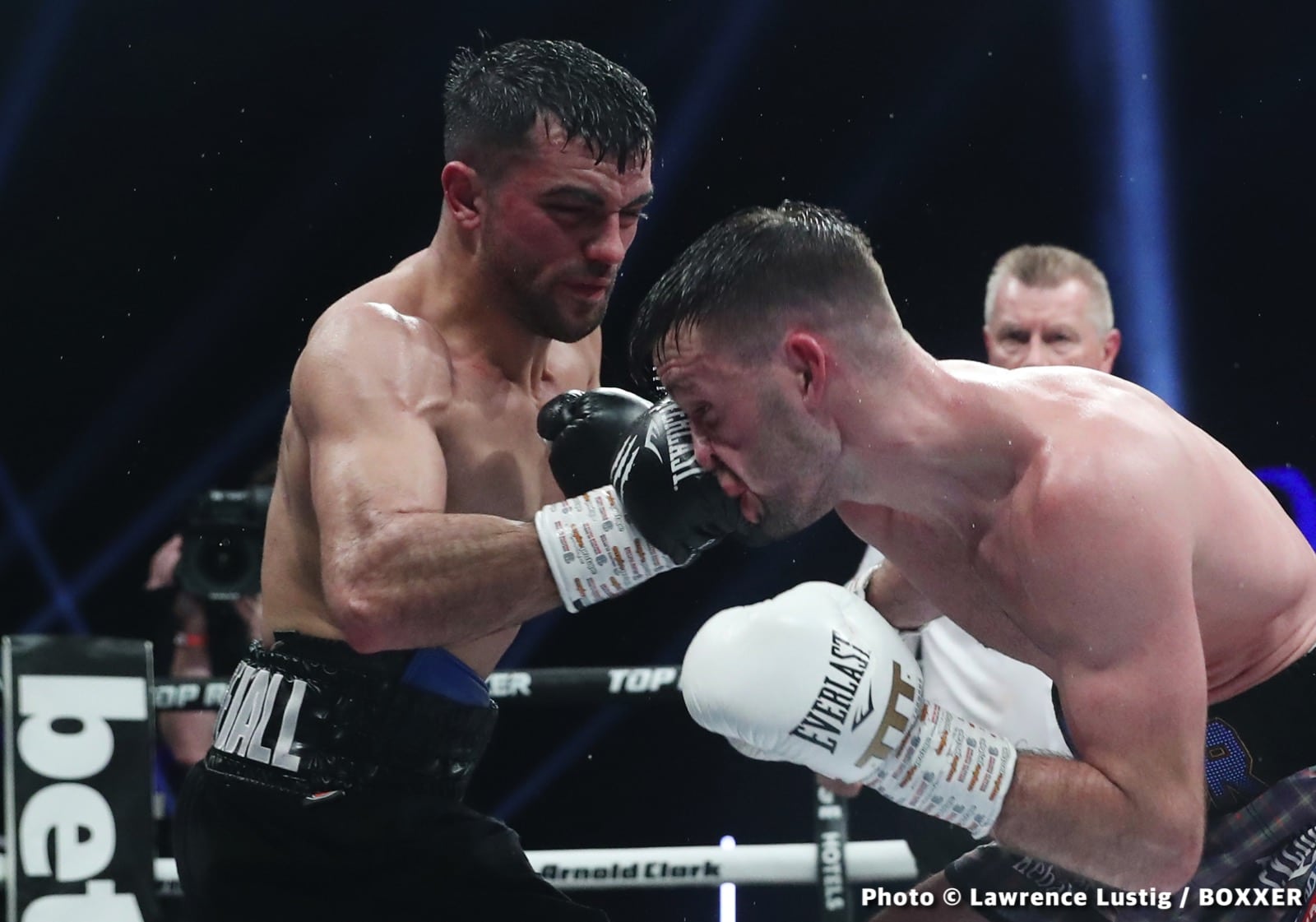 By Adam Baskin: Bob Arum has revealed that the rematch between WBO light welterweight champion Josh Taylor and Jack Catterall will take place in January rather than November.

The Top Rank boss Arum said that they’d been attempting to get the Taylor vs. Catterall II rematch done for November, but it’s now looking like it’ll take place in January.

With former undisputed light welterweight champion Taylor (19-0, 13 KOs) having vacated three of his four titles since his controversial 12 round split decision win over Catterall (26-1, 13 KOs) last February, it takes a lot of the meaning out of the rematch.

Catterall obviously still wants the rematch, as it gives him a chance for vindication by beating Taylor & picking up his WBO 140-lb belt. However, it’s still not the same without the undisputed championship being on the line.

Additionally, with the rematch likely to take place in Glasgow, Scotland, once again, there’s no guarantee that we don’t see the same controversial decision as we did in the first fight. In other words, ring & repeat.

“We were trying to do it at the end of November, but I heard it may not be possible until January of next year,” said Bob Arum to Boxing Social about the Josh Taylor vs. Jack Catterall rematch. “That’s going to be Josh Taylor’s next fight.”

Josh looked weight drained for the Catterall fight, and it seemed clear that he’d been at 140 for too many years.

I don’t know what’s going to change with that unless he gets a great nutritionist that can help him drop the weight without losing strength. At this point in Taylor’s career, he needs to be fighting at 147 because he’s gone as far as he can in this weight class.

Taylor will be moving up to 147 after he faces Catterall in the rematch, as he has designs of capturing one of the four 147-lb titles once the belts are fragmented following the undisputed clash between welterweight champions Errol Spence Jr and Terence Crawford.

Ideally, Taylor would like to face the Crawford vs. Spence winner for a chance to capture all four belts at 147, but that’s not likely to happen. Those are expected to move up to 154 to go after four-belt champion Jermell Charlo.