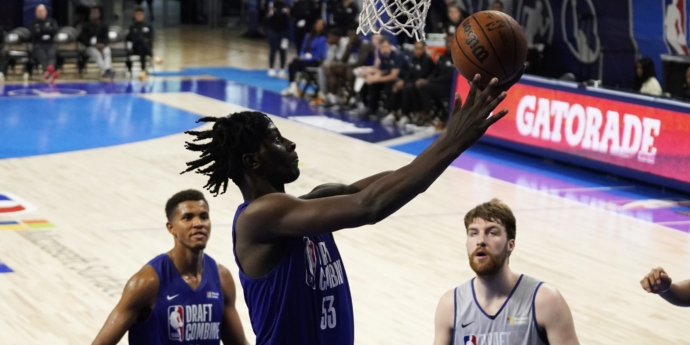 The duo will be part of an Ignite roster that features potential
top prospect for the 2023 NBA Draft Scoot Henderson, French U18
National Team star Sidy Cissoko and Nigeria’s Efe Abogidi. More on
each signee is below:

The 6-foot-5 guard spent the previous two seasons in the
National Basketball League’s (NBL) Next Stars program, playing for
the Cairns Terrapins and Adelaide 36ers. His most recent action
came this summer with the Southland Sharks, where he averaged 18.1
points, 4.2 rebounds and 3.2 assists in 16 games.

Born in New Zealand but raised in Australia, King joined the
NBL’s Next Stars Program after attending the NBA Global Academy in
Canberra, Australia, which serves as the NBA’s hub for top high
school-age prospects from outside the U.S. During his time at NBA
Global Academy, King helped his team win several high-profile
international events, including the 2019 NBA Academy Games in
Atlanta, Georgia, and the 2020 Torneo Junior Ciutat de L’Hospitalet
in Barcelona, where he averaged a tournament-best 19.2 points.

Miller was the youngest participant in the NBA’s pre-draft
process this spring, including the NBA Draft Combine in May, before
electing not to enter this year’s draft.

A standout prospect from Scarsborough, Miller most recently
joined Canada’s U23 squad in July’s Globl Jam international
showcase. In April, he teamed up with fellow Ignite signee Cissoko
on the World Select squad at the 2022 Nike Hoop Summit, where
Miller scored 11 points, including 2 three-pointers, plus 5
rebounds, 2 assists and 2 blocks. He previously represented Canada
at the 2019 FIBA U16 Americas Championship, averaging 4.2 points
and 1.3 rebounds in 7.1 minutes per game.