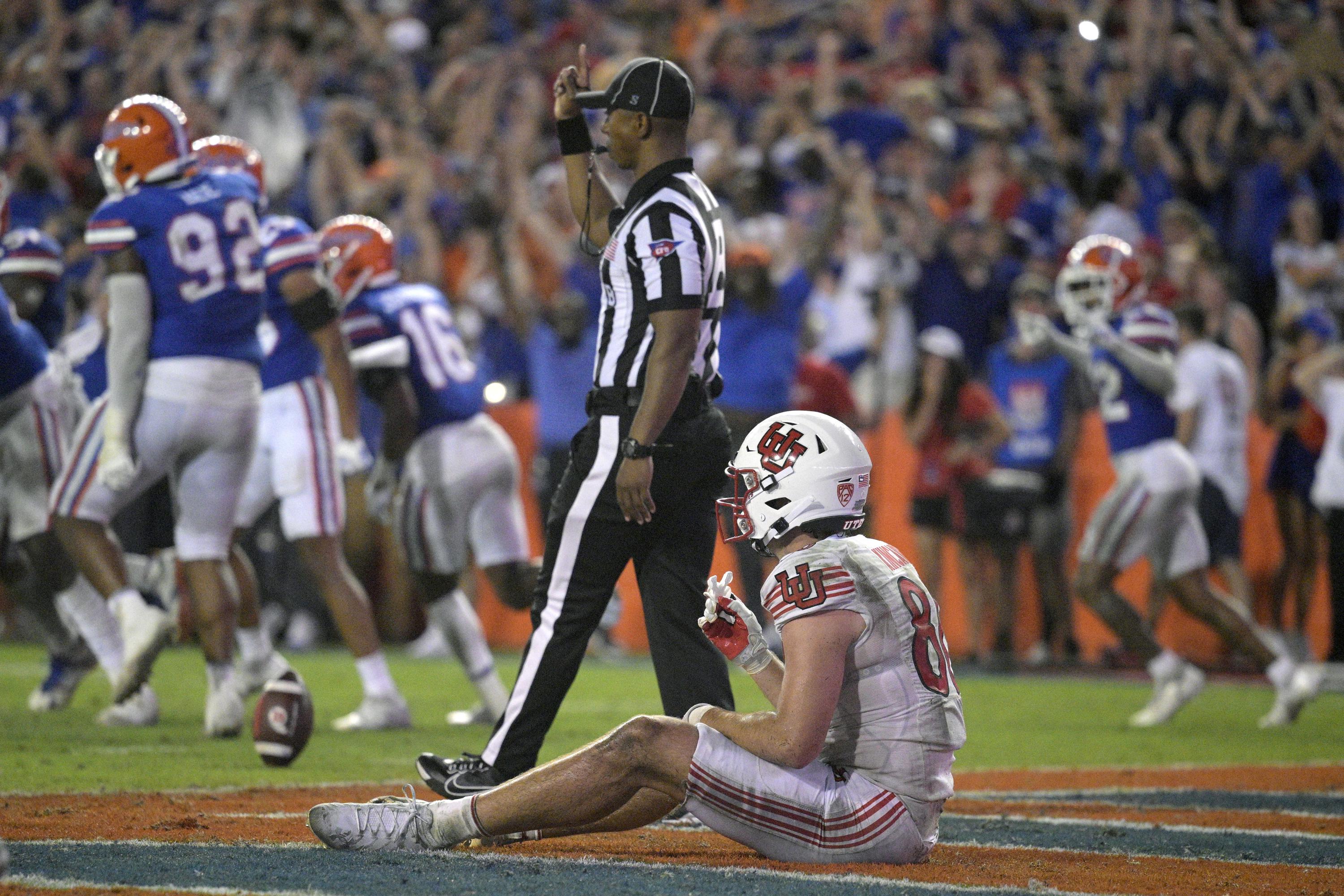 The Utah Utes reserve each Tuesday throughout the season for their longest and most physical practice. It’s a chance to fix things at near game speed — and then turn the page.

The 13th-ranked Utes (0-1) aren’t looking back at their 29-26 loss at Florida last weekend, the one that dented their College Football Playoff hopes.

They’re locked in on Southern Utah (1-0) for the home opener Saturday at Rice-Eccles Stadium. The Thunderbirds are a team that recently joined the Western Athletic Conference and enter the game as roughly a six-touchdown underdog. Understandable, given they happen to be the team in the way after the Utes’ close loss in “The Swamp,” where quarterback Cameron Rising was intercepted in the end zone in the waning seconds.

“We’re just putting the focus on (Southern Utah),” receiver Devaughn Vele said. “Just making sure we’re taking the things the coaches are telling us from ‘The Swamp,’ keying in on that, emphasizing it in practice and making sure it shows up on Saturday.”

Among the items to shore up: Red-zone defense. The Gators scored three touchdowns inside the red zone. Utah’s traditionally stingy defense also gave up 283 yards rushing.

“Obviously not good enough,” defensive end Van Fillinger said. “It’s nothing that we can’t fix or can’t get better from.”

“One of those days of the week where we try to simulate it the most like the game, try to make it super violent, super crazy,” Phillips said. “It’s the longest practice of the week in terms of length. … We’ve got some live periods in there. It’s ‘Bloody Tuesday.’”

Come Saturday, the Utes will be seeing red, which just happens to be a uniform color of Southern Utah.

“Everybody’s got to get better,” Utes coach Kyle Whittingham said. “I think this team’s got a bunch of wins in it this year. We’ll see how far we can take it.”

Whittingham has a big fan in new Thunderbirds coach DeLane Fitzgerald, who arrived at Southern Utah from Frostburg State University in Maryland, where he patterned some of the schemes after those used by the Utes coach.

Among the Utah athletes who will be inducted into the school’s Athletics Hall of Fame this weekend is standout defensive back Eric Weddle, an All-American in 2006. Weddle was a second-round pick by the Chargers in 2007, and became a six-time Pro Bowl selection. He won a Super Bowl ring with the Los Angeles Rams last season.

PLAYER OF THE WEEK

Southern Utah saw quarterback Justin Miller earn the league’s offensive player of the week honors for his performance in a 44-13 win over the University of St. Thomas. Miller threw for 364 yards and three scores. Punter Jake Gerardi was the special teams player of the week with four big punts, including two that pinned St. Thomas inside the 20 yard line.

The Utes will pay Southern Utah $600,000, according to the Salt Lake Tribune, to play in this contest.

“Win, lose or draw, it funds our athletic program and funds a bunch of our nonrevenue sports here on this campus,” Fitzgerald said on a segment of the Thunderbird show. “We’re going up there to take one for the team.”

The Thunderbirds have lost 12 straight games against FBS teams, with their last win at South Alabama on Aug. 29, 2013, according to Pac-12 research. They’re 3-29 versus FBS opponents since 1996.

The Utes have won 26 straight nonconference home games, with only Alabama (40) and Oregon (28) posting longer active streaks in the FBS.