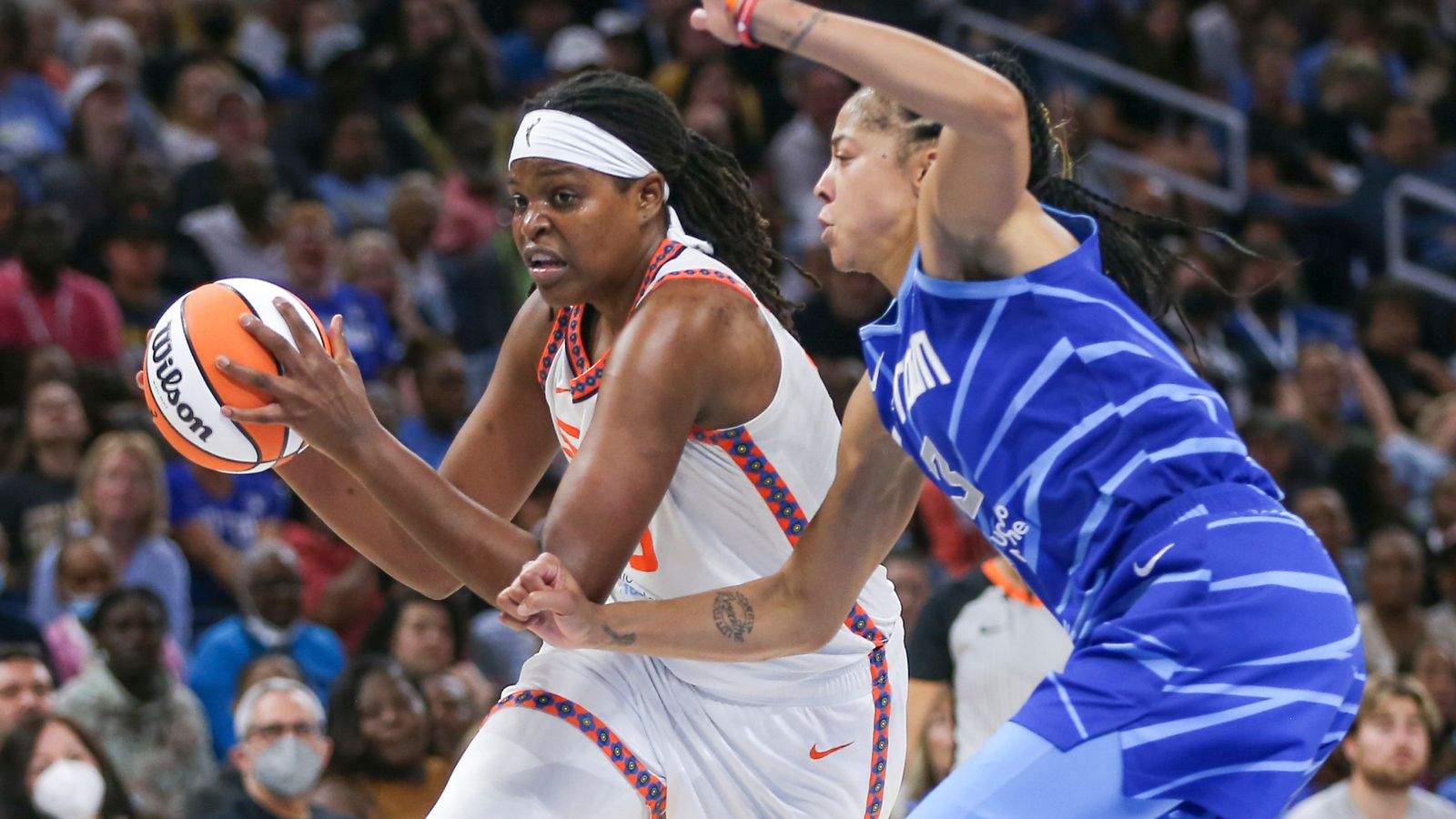 Jonquel Jones had 15 points and 10 rebounds as the Connecticut Sun overcame an 11-point deficit in the fourth quarter, beating the Chicago Sky 72-63 on Thursday night in the decisive fifth game of the semi-final series and advancing to the WNBA Finals.

Connecticut scored the final 18 points of the game to overcome a 63-54 deficit with 4:46 remaining.

All the Sun starters scored in double figures and Connecticut advanced to the Finals for the third time overall and first time since 2019.

Connecticut will face the top-seeded Las Vegas Aces for the WNBA title. The first game of the series is Sunday in Las Vegas.

Chicago were attempting to become the first team to repeat as WNBA champions since the Los Angeles Sparks in 2001-02.

Jones scored inside to put the Sun ahead with two minutes left, hitting an ensuing free throw for a three-point lead.

Natisha Hiedeman tied the game with a transition layup with 2:24 left as Connecticut cut into it deficit in the fourth.

A pull-up jumper by Courtney Williams with 47.5 seconds remaining gave the Sun a five-point cushion, and DeWanna Bonner knocked down four free throws to put the game out of reach.

Connecticut outscored Chicago 25-5 in the fourth quarter, recovering from a disastrous third period in which they scored eight points and turned the ball over seven times.

Kahleah Copper led the Sky with 22 points on 8-for-19 shooting, including 3 of 5 from long distance, and added four steals.

DeWanna Bonner chipped in with 15 points, Hiedeman added 14 and Williams and Alyssa Thomas each added 12 for Connecticut.

Emma Meesseman, who finished with 14 points on 6-for-14 shooting and six rebounds, gave the Sky an 11-point lead with 7:20 to play.

In the opening half, the Sun continued the torrid shooting they had in Game 4, when they made 56.9% of their shots. But that slowed in the third quarter, as the Sky defense tightened.

Candace Parker buried a 3-pointer and Copper followed with three-point play to give Chicago a 10-point lead entering the fourth.

But Chicago’s shooting went cold and the Sky missed their last eight shots.