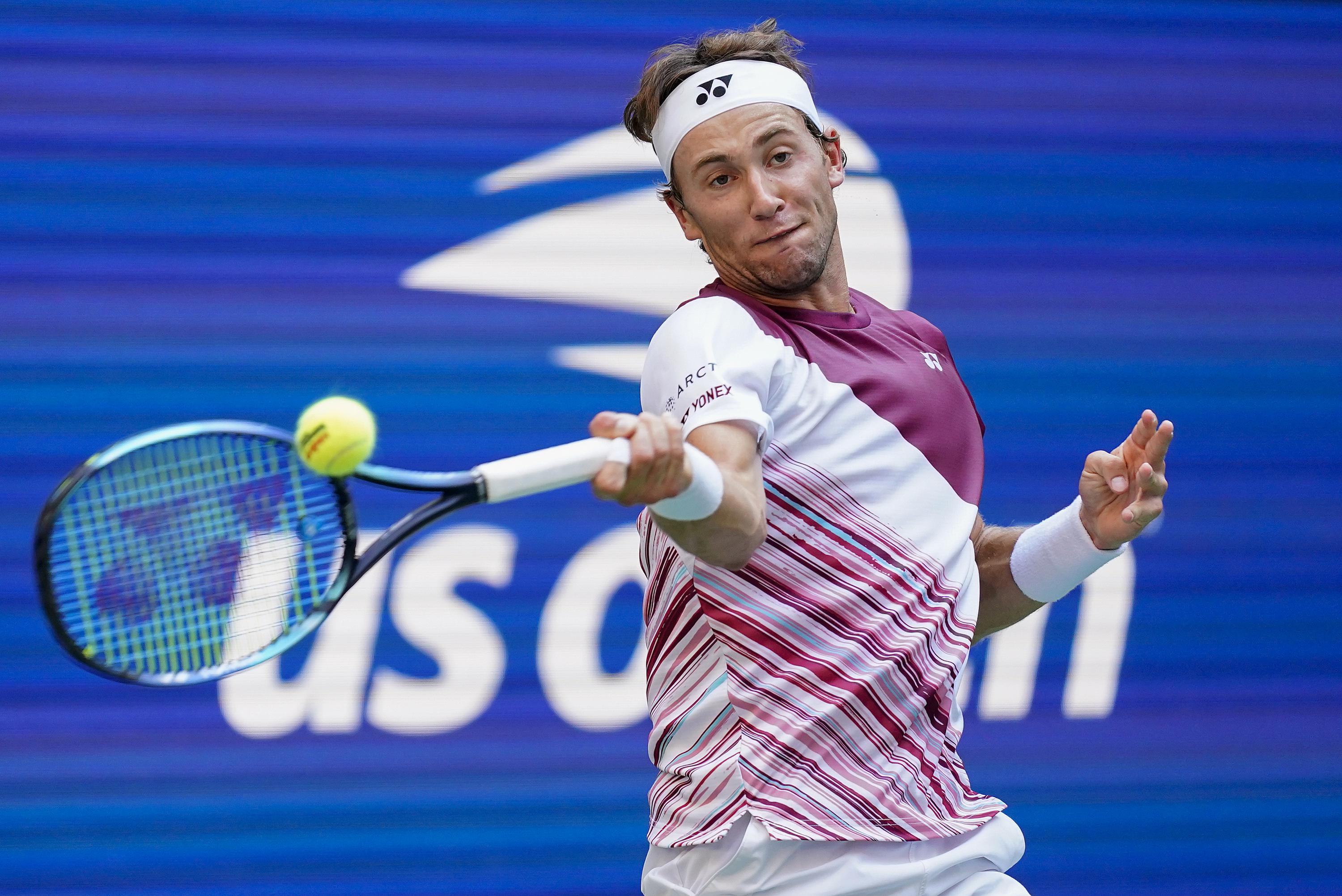 Casper Ruud is a set away from the U.S. Open final after easily winning the second set against Karen Khachanov.

He is trying to reach his second major final of the year, having lost to Rafael Nadal at the French Open.

Casper Ruud won a 55-shot rally to wrap up a tiebreaker and take the first set of his semifinal match against Karen Khachanov.

The lengthy exchange of shots ended when Ruud hit a backhand down the line that Khachanov hit into the net, giving the Norwegian the tiebreak 7-5.

The fifth-seeded Ruud is trying to reach his second major final of the year. The No. 27-seeded Khachanov never has.

Casper Ruud is trying to reach his second Grand Slam final of the year in the opening men’s semifinal against Karen Khachanov.

The No. 5 seed from Norway lost to Rafael Nadal in the French Open final. He has a chance to reach No. 1 in the world rankings next week.

Khachanov, seeded 27th, earned his first berth in a major semifinal with consecutive five-set victories, including one over Wimbledon finalist Nick Kyrgios in his previous match.

The winner will face No. 3 Carlos Alcaraz or No. 22 Frances Tiafoe.

The top-seeded team joined the Hall of Fame duo of Todd Woodbridge and Mark Woodforde in 1995 and ’96 as the only teams to go back-to-back in New York since 1968.

Salisbury ensured he will remain the No. 1 player in the doubles rankings with his 17th straight U.S. Open win, combining men’s and mixed doubles.

Koolhof and Skupski, the No. 2 seeds, were playing at the U.S. Open for the first time as a team.

The men’s singles semifinals highlight the day at the U.S. Open, where play on Arthur Ashe Stadium began with the men’s doubles final.

The top-seeded team of Rajeev Ram and Joe Salisbury were seeking a second straight U.S. Open title in that match against the No. 2 seeds, Wesley Koolhof and Neal Skupski.

That would be followed by the first semifinal between No. 5 Casper Ruud and No. 27 Karen Kkachanov. Ruud was trying to reach his second major final, having lost to Rafael Nadal at this year’s French Open. The other three semifinalists have all reached that level for the first time.

The night match pits No. 3 Carlos Alcaraz against No. 22 Frances Tiafoe, the first American man to reach the U.S. Open semifinals since Andy Roddick was the runner-up in 2006.