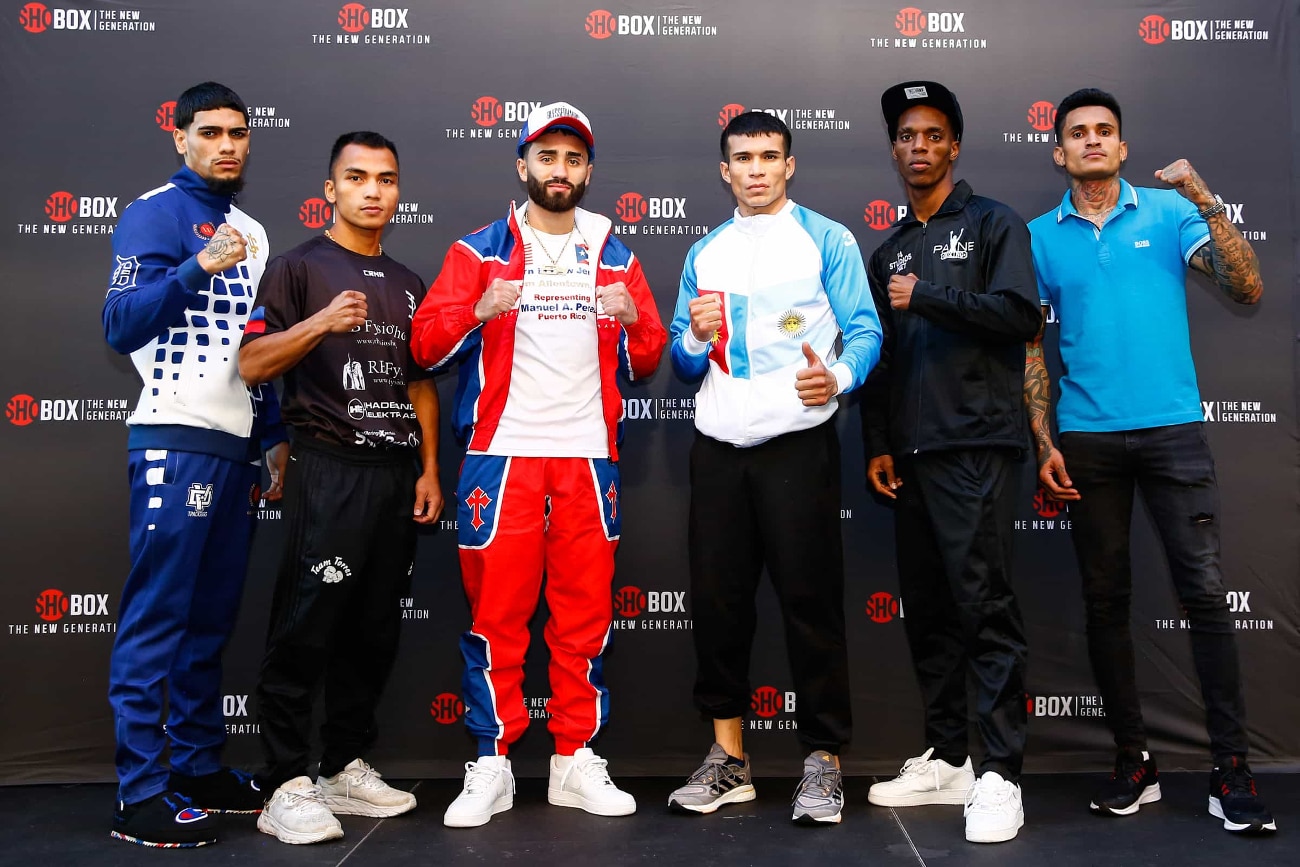 In the first round, Adorno landed a left hook to the chin, which was possibly his last as Roldan kept going from orthodox to southpaw with a herky-jerky style moving back and forth around the ring while Adorno was reluctant to throw a punch.

In the second round, Roldan was warned by Referee Benjy Esteves for a head butt early in the round. Both fighters have swelling on one of their cheeks. In the final seconds at the end of the round, Roldan went down throwing and missing a left with referee Esteves ruling a knockdown.

In the third round, Adorno kept looking for a big punch while Roldan moved in and out, throwing occasional punches. In the fourth round, Roldan drove Adorno into a corner, forcing him to land several rights to the chin in order to get out of the corner. Later in the round, it was Roldan who landed several rights to the chin of Adorno, who seemed confused with the style of Roldan.

Adorno kept his hands high, throwing too few punches until the final ten seconds landed a flurry of punches. Adorno’s trainer Raul Rivas was telling him between rounds to be more offensive (instead of walking around with his hands held high, not throwing enough punches).

In the fifth round, Adorno’s swelling under his left eye is getting worst from rights by Roldan. Adorno has done little since the so-called knockdown. Roldan rushes in clinches roughing up Adorno, who seems confused.

In the sixth round, Adorno finally started to come forward, throwing punches until the final seconds of the round when during an exchange, it was Roldan scoring well but not enough to take the round.

In the seventh round, Roldan is forcing the action while from southpaw landing lead lefts to the chin of Adorno, who is too defensive again. In the eighth round started using his jab and following with rights the way he should have been the entire fight. At the end of the round, Roldan suffered a cut on his left eyebrow.

In the ninth round, it went back and forth, with the fight on the line going into the tenth and final round. Roldan rushes in, and Adorno grabs him, for the most part looking exhausted. Roldan may have pulled out the win.

In the first round making his U.S debut, Torres had a problem getting inside of the much taller jab of Fortunato, who had over 300 amateur fights. The latter’s trainer yelled “oh” with any punch landed by his right while Referee Mary Glover should have shut him down but was clueless. In the third round, Torres finally started landing his right hook on the chin of Fortunato taking the round.

In the fourth round, with forty seconds left in the round, a counter right from Fortunato on the chin of Torres dropped him for an 8-count from referee Glover. In the fifth and sixth rounds, Torres was able to get inside of the long reach of Fortunato better in winning both close rounds.

In the ninth round, Torres evened the score by getting inside of Fortunato, who is backing up for the most part of the round. In the final seconds, Fortunato went down from a half push from Torres.

In the tenth and final round, the fight was up for grabs. A minute into the round, Torres landed a solid lead left on the chin of Fortunato, knocking him back a step.

In the final thirty seconds, Fortunato landed a right causing blood from the nose from Torres after losing the round for the most part and possibly the fight.

In the first round in his U.S debut, Villa came right at Bocachica, landing rights to the chin and easily taking the round. In the second round, it was Bocachica landing an overhand right followed by a left on the chin, dropping Villa for an 8-count from Referee Harvey Dock.

In the third round, both were throwing bombs. In the final fifteen seconds, Bocachica rocked Villa with a right on the chin. In the fourth and fifth rounds, Bocachica had Villa in the corner, for the most part, taking both close rounds.

In the sixth round, both had their moments, with Bocachica rocking Villa in the final seconds with a right on the head as the latter was walking away toward his corner. In the seventh round, again, Villa’s mouthpiece went out.

He did too much holding throughout the fight; having fought so much weak opposition in Mexico, he was looking to survive or get in a lucky punch. In the eighth and final round, Bocachica landed rights on the chin on three occasions as both looked exhausted at the end.