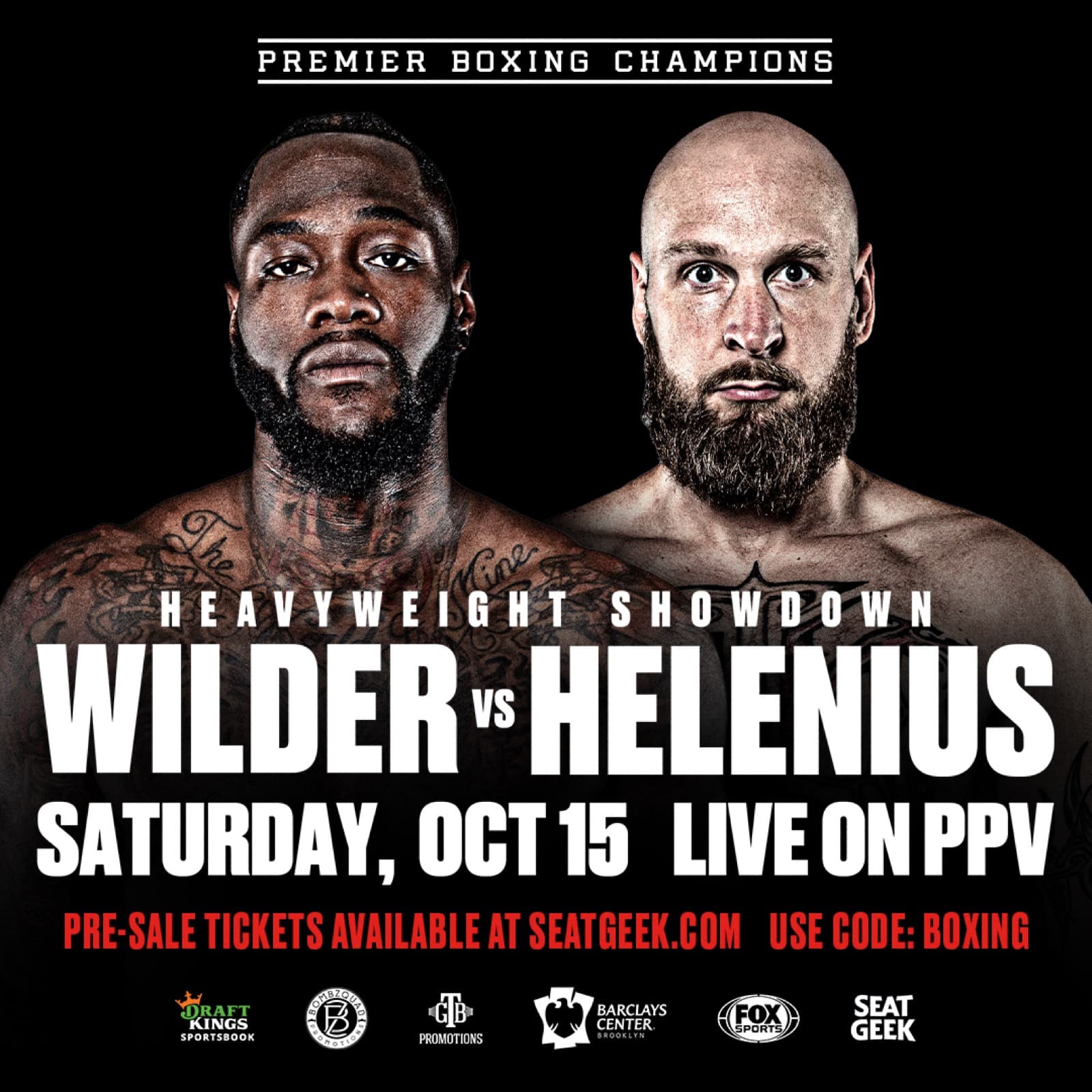 By Robert Segal: Deontay Wilder could lose his comeback fight next month against Robert Helenius in their headliner on October 15th on FOX Sports pay-per-view, says promoter Eddie Hearn.

While Hearn views former WBC heavyweight champion Wilder (42-2-1, 41 KOs) as the favorite against the 6’6″ Helenius (31-3, 20 KOs), he doesn’t have confidence in the boxing ability of ‘The Bronze Bomber.’

Wilder’s three fights against Tyson Fury has changed Hearn’s perception of his ability no doubt, so now he doesn’t know what to expect from him in his match against the heavy puncher Helenius.

It would have been a good idea for Wilder have returned to the ring against a less formidble foe than Helenius, considering he’s coming off a year layoff, and consecutive defeats against Fury.

Wilder hasn’t won a fight in three years since his victory over Luis Ortiz in 2019. Ortiz had won the first six rounds before Wilder cauught him with a big shot in the seventh to knock him out.

“It is a good fight. We’ve had Helenius. Derek Chisora beat Helenius very easily. Dillian Whyte won every round against Helenius,” said Eddie Hearn to Fight Hub TV about Deontay Wilder’s next fight against Robert Helenius on October 15th.

“His two victories against Adam Kownacki probably glorified him a little bit. You’ve seen that Adam looks like he’s at the end of his career now, but he still withstood some fire in there.

“Robert Helenius is a huge man. He’s 6’7” or whatever he is. He does get hit a little. I think he can capitulate under pressure. Anyone would under the power of Deontay Wilder.

“I see Wilder as the favorite in the fight, but it’s definitely a fight that he can lose because I’m still not sold on Deontay Wilder in terms of his all-around boxing ability, but he’s a tremendous puncher,” said Hearn.

Wilder’s recent weight loss and work on his cardio could potentially improve him enough to spark out Helenius in the early rounds on October 15th at the Barclays Center in Brooklyn, New York.

Before Wilder put on a lot of weight in his last two fights against Fury, he’d been dangerous, and his conditioning was top notch.

“He’s very exciting and brilliant for the heavyweight division. I do expect him to win, but that’s a winnable fight for Robert Helenius,” said Hearn.