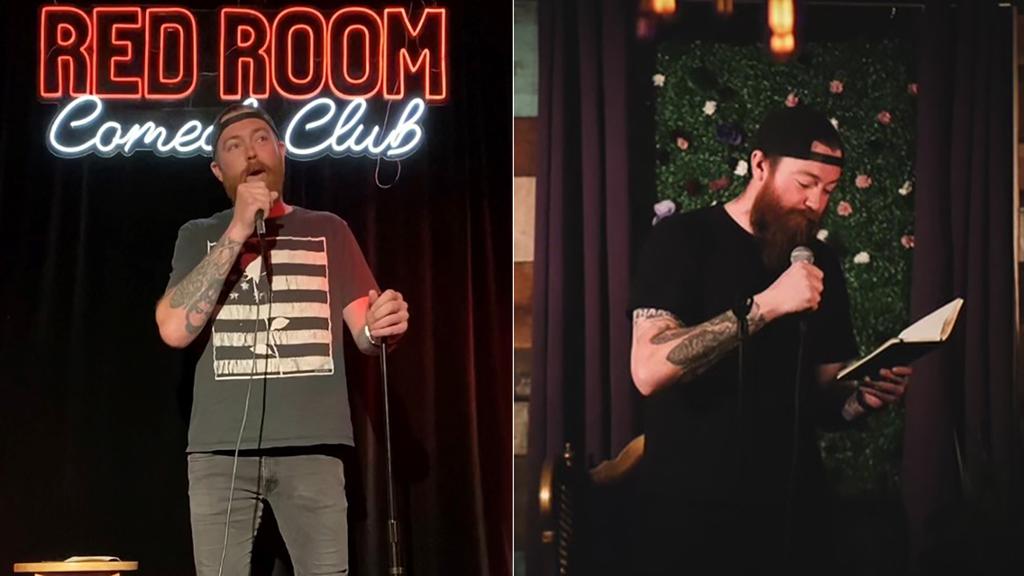 For Scott Darling, retirement as an NHL player was not an easy transition.

“I got depressed when I retired,” the 33-year-old former goalie told SiriusXM NHL Network Radio on Thursday. “I was depressed for six months; I didn’t know what to do with my life. You live this regimented life for so long and then it’s gone and you’re like, ‘What do I do, what do I do?’ I had to figure out something to get me out of bed in the morning.”

And recently, he has. Darling, who helped the Chicago Blackhawks to a Stanley Cup title in 2015, has found a new passion, unexpected as it may be, that is now filling that void left by the end of his playing career: stand-up comedy.

“Who would be the most surprised to hear that I am doing this?” Darling said. “I’d say anybody I played hockey with, any of my teammates. I was quiet, man, I stared at my shoelaces, kind of kept to myself just because I’m like an anxious nervous person and I just wanted to be there and do my job. Once I retired I realized I can be myself now and I know I’m a goofball, I just call myself that, I’m a goofball.”

Darling last played in the NHL with the Carolina Hurricanes during the 2018-19 season. He spent the following season playing for Innsbruck HC in Austria before a lone appearance with Rockford of the American Hockey League during the 2020-21 season.

His entrance into the world of stand-up comedy happened almost by fluke.

“I never thought I’d actually do it but I was at the Laugh Factory in Chicago and this guy by the name of Ray Wisbrock went on and he was hilarious,” Darling said. “My humor is very dark and true stories about my life and this guy had the same type of humor, an older guy and he recognized me in the lobby from playing for the Blackhawks. We became great friends and he said, ‘Just open for me one time, and if you don’t like it, I’ll never ask you to do it again.’ So I did it but I was so bad, but I loved it and loved the thrill of it.”

Suddenly, the adrenaline that had been missing in Darling’s life since retiring from the NHL had been rediscovered.

“It honestly reminded me of the feeling of being in an NHL game, like that rush, you know?” he said. “I’m as crazy now about doing comedy as I was about playing hockey.”

Darling has been on the road this summer touring with comedian Ian Bagg and recently did a run of shows in Raleigh, North Carolina, where he once played.

“I went into Raleigh making fun of the city and North Carolina and the crowd was like, ‘Ohhhh, you can’t say that,’ ” Darling said.

So far, Darling said he has not had to contend with too many hecklers from audiences but welcomes any critics who come his way, at their own risk, of course.

“I mean I look like I’m in the Hell’s Angels so people don’t really mess with me too much,” he said, “but I love when I get the hecklers. I get so excited when someone chirps me when I’m on stage because I just know I’m going to eviscerate them.

“I haven’t had that many but the couple I’ve had it’s been fun for me. I actually like engaging the crowd, even [making them mad], kind of. In real life, I’m a very nice person but on stage I have kind of a persona where I come off as arrogant and full of myself, but I’m doing that on purpose.”

Darling listed Tom Segura, Chris Distefano, Bert Kreischer and Andrew Santino as his top comedic influences. When he played, Carey Price, Pekka Rinne and Ben Bishop were goalies he said he idolized, though perhaps in keeping with his on-stage persona, he mentioned he is the only who has won a Stanley Cup.

In 2015, Darling became somewhat of a folk hero in Chicago when he won three games against the Nashville Predators in the Western Conference First Round, including stopping all 42 shots in relief of Corey Crawford in Game 1 to lead the Blackhawks to a 4-3 double-overtime win and making 50 saves in a 3-2 triple-overtime victory in Game 4.

“It was the coolest thing ever,” Darling said of winning the Cup. “I’m not going to sugarcoat it. I grew up in Chicago, I’ve been a ‘Hawks fan my entire life, I still am a ‘Hawks fan. … It meant the world to me. My family went to the parade in 2010, I watched 2013 with my mom on her couch and being on the 2015 team and helping them along, oh my God, it makes me emotional just talking about it.

“I think that’s the thing I hear most walking around the city to this day. I mean, I’m a noticeable guy, I don’t hide well, I’m 6-6, got a beard and covered in tattoos and all I hear is people yelling, ‘Nashville 2015!’ to me. It’s probably the most heard thing in my life. I’m just like, ‘Yeah, that was me, I was there!'”