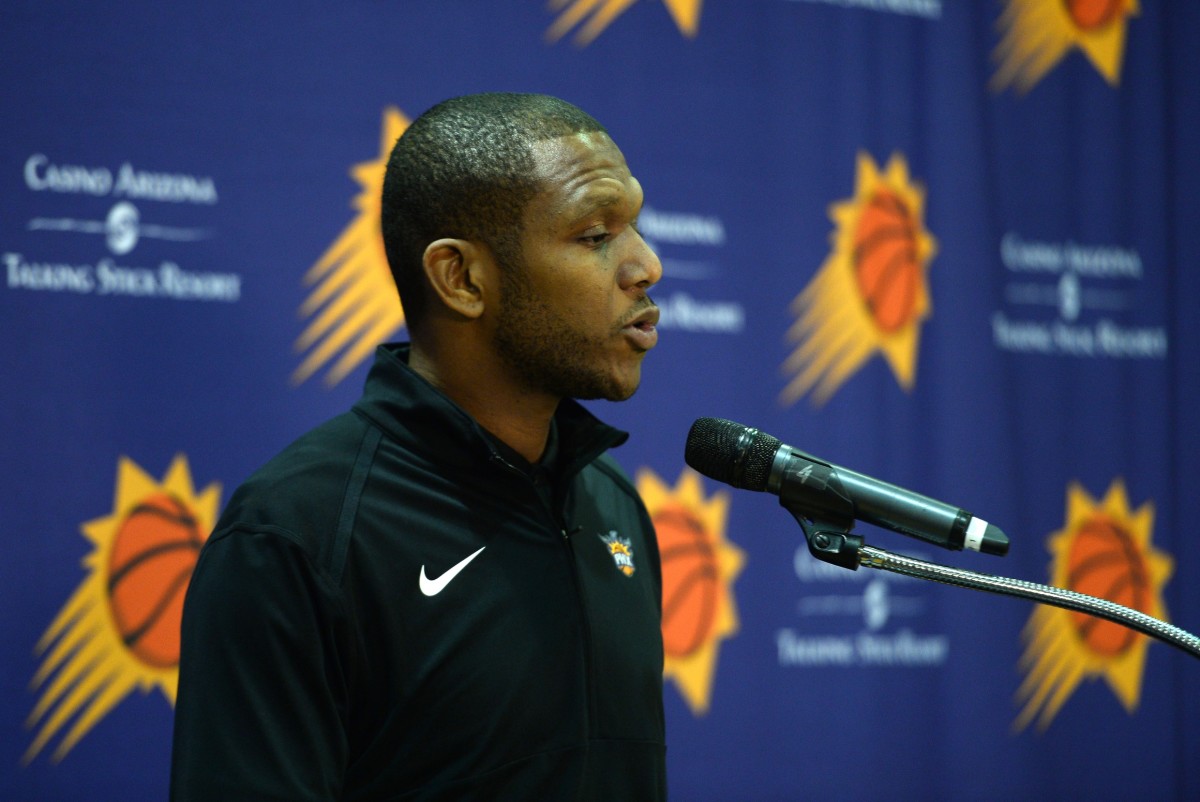 Perhaps the biggest news of the 2022 NBA offseason came early on, as right before the start of free agency at the end of June, Brooklyn Nets All-Star forward Kevin Durant requested a trade.

This request from Durant shocked many teams and executives around the league and just hours before free agency, teams began to put together their best offer to perhaps trade for Kevin Durant, a generational talent that is one of the best scorers in NBA history and a true MVP candidate when he is healthy on the floor.

Getting Durant could very well be the difference in some teams getting to the NBA Finals and competing for a championship, which is why even the best of the best in the NBA looked to trade for him.

The Phoenix Suns were a team linked to the Nets star early on when these trade discussions were first being held and this was due to the fact that they own all of their draft picks and had some valuable players to offer up.

Cameron Johnson and Mikal Bridges were both viewed as potential trade assets in a deal for Kevin Durant, as was restricted free agent Deandre Ayton. The Suns put together a very competitive offer for Durant, yet the Nets did not seem phased by anything Phoenix was offering and then in August, Brooklyn and their star came to an agreement for him to remain with the team.

Everything about this drama surrounding the Brooklyn Nets and Kevin Durant seemed very weird and many have questioned whether or not the Nets even had any intentions of trading Durant, including Suns general manager James Jones.

“Brooklyn wanted to keep Kevin Durant,” Jones told AZCentral. “And that’s why he’s in Brooklyn and not on some other team, but as far as with us, I get it. It’s always a great topic of discussion, but the one thing people forget is that when you’re talking about trades, or any player acquisition, the team that has the player has to be willing to move the player.”

Phoenix ended up being one of a few teams to be heavily engaged in trade talks surrounding Durant, yet no deal was ever close to being made.

“We had discussions with Brooklyn about their desires and what they were trying to do, but ultimately, I would say like most teams, there was nothing to it.”

Looking at this situation from a big picture point of view, why would the Brooklyn Nets want to trade Kevin Durant?

Not only is he one of the best players in the league, but moving Durant would signal that Kyrie Irving’s time with the team would likely be coming to an end and after going “all-in” over the last few years by acquiring these All-Stars and also trading for James Harden last season, the Nets would immediately be tearing everything down and enter a long, daunting rebuild that would last at least the next five to six years.

Nothing about trading Durant made sense from Brooklyn’s perspective and while he may have truly wanted a trade, the Nets had the final say at the end of the day.

Entering the 2022-23 season, the Brooklyn Nets will continue to dominate headlines, as every little thing that happens with this franchise will be picked apart and the giant elephant in the room of Kevin Durant requesting a trade will continue to loom large until this team finds postseason success.

Whether or not Durant will play through the remainder of his four-year contract extension with the Nets that lasts through the 2025-26 season is a question we may not have an answer to until next offseason.