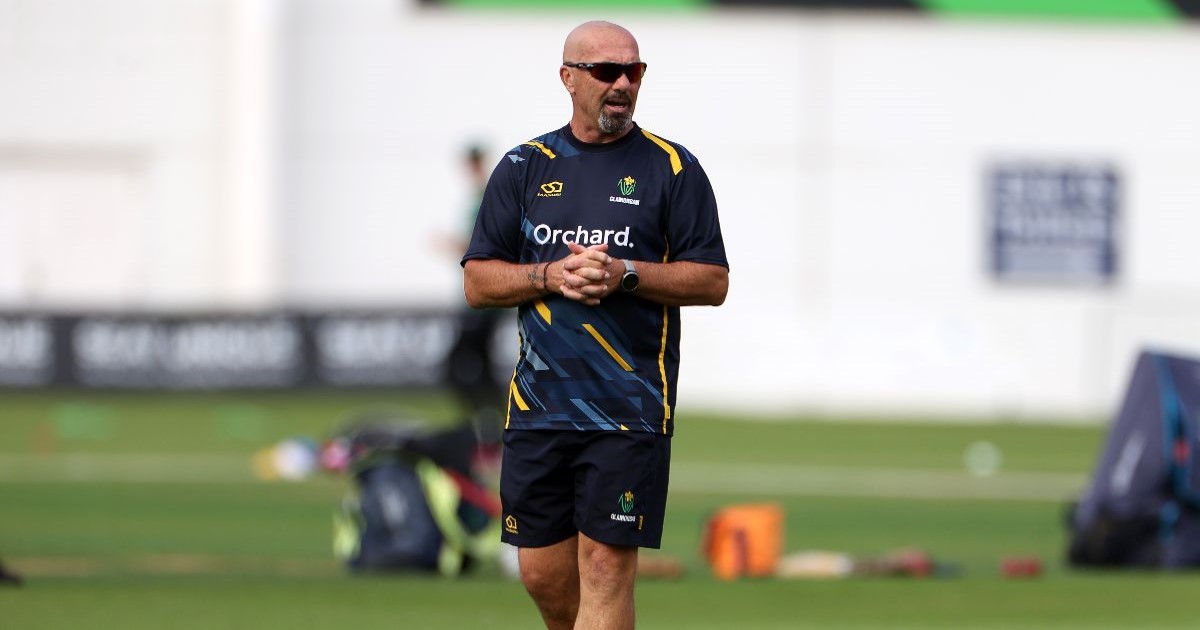 Head coach Matt Maynard has named a 13-man squad for our LV= County Championship fixture against Middlesex at Lords.

The Welsh county travel to the Home of Cricket as they face off against the London-based county in a fixture that could decide the final promotion place to Division One.

The weather curtailed our fixture against Worcestershire at Sophia Gardens last week, seeing us come away with 12 points from our draw with the Pears. Tom Bevan is once again included in the squad and could make a first-class debut for the Club.

Glamorgan debutants, the classy Shubman Gill, who struck an eye-catching 92 in his first outing for the Welsh county, and left-arm spinner Ajaz Patel, who tied an end down nicely against Worcestershire, both impressed on their maiden outings for the County.

Glamorgan currently sit second in the Division Two table with Middlesex right behind them in third, with just seven points separating the two teams. The Welsh county are in the driving seat for promotion and hope to pull further away from their counterparts in what could be a famous week in the Club’s history.

View from the camp – Matt Maynard

It is a fantastic ground and every time you go there you want to perform, as you are playing at one of the best grounds in the world. It gets your adrenaline going, gets you up for the game anyway.

It doesn’t matter if there are 500 people there, 5,000 or 25,000, it is just a magnificent place to play cricket. The guys will be up for it. We have some intel of where the wicket may be so we have had a chat about that and how the guys are going to prepare for that.

We are looking forward to the challenge, if we get a good result in this game it will go a long way to determining who is going to be alongside Nottinghamshire in the promotion race to the first division.

The Welsh county’s most recent visit to Lord’s for a Championship match in April 2018 saw just 58 overs being completed in a weather-ravaged contest. Nevertheless, Michael Hogan was able to record the 21st five-wicket haul of his career as the Australian made the most of the dank conditions, besides being aided by some smart fielding close to the wicket, notably Nick Selman who held a trio of good catches at second slip. Timm van der Gugten also claimed three wickets for four runs in the space of seven balls as Glamorgan collected maximum bowling points. Conditions continued to favour the seamers when Glamorgan batted shortly after lunch, on the third day with Tim Murtagh claiming all four wickets during a miserly spell at the Nursery End. Bad light and drizzle then prompted an early finish before torrential rain overnight saw the game called off before lunch on the final day.

Glamorgan had been victorious on their previous visits to Lord’s in 2010 and 2011. The game in 2011 saw an eight-wicket haul by James Harris, plus a century from Ben Wright and 87 by Will Bragg helping to lay the foundations for a nine-wicket victory. Thanks to probing spells of seam bowling by David Harrison and Huw Waters, Glamorgan had also been victorious at Lord’s in 2010 as they defeated Middlesex by 78 runs. Before these victories in 2010 and 2011, Glamorgan’s previous two Championship victories at Lord’s had been back in the 1950s, with the Welsh county – then led by Wilf Wooller – winning by 22 runs in 1954 and by 131 runs in 1952.

Thanks to our friends at Middlesex, the game will be livestreamed on our website via the Match Zone with commentary from Nick Webb and his BBC Radio Wales colleagues.

You can enjoy highlights and match updates on the club’s social media channels.