Something each team can root for down stretch 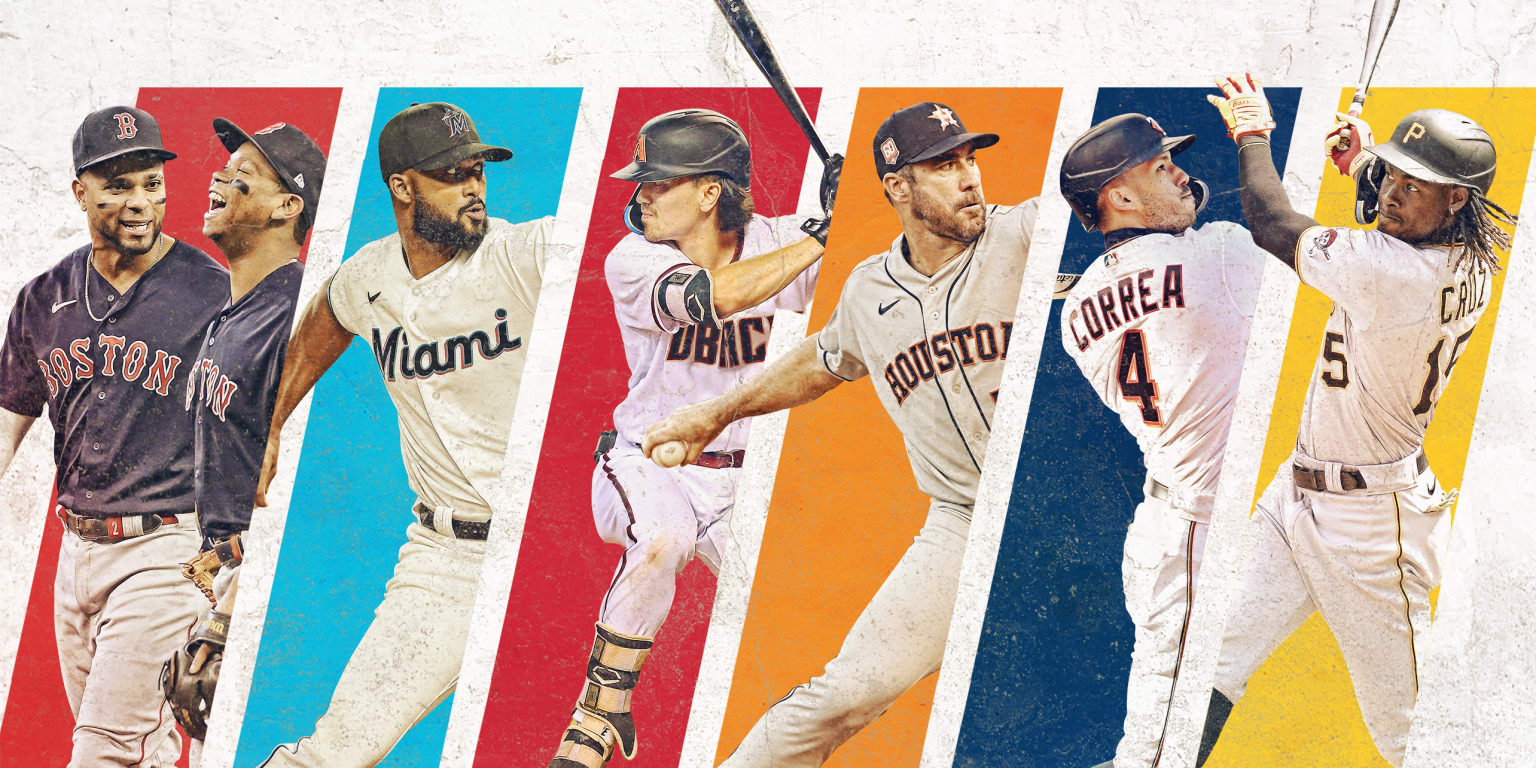 We’ve got less than four weeks left in the Major League Baseball regular season, which I have to say, is distressing: It feels like we just got started! It’s going to be the cold, hard, dead winter before you know it. Time is running out.

So there is much to cherish. Thus, we take a look at one thing for every team’s fans to appreciate and enjoy down the stretch. It’ll all be gone before you know it. Soak it all in while you can.

Blue Jays: A team that had been spinning its wheels starting to figure it out.
The Jays are talented, we all know that, but they just haven’t been able to put it all together this year the way many had expected. But September has been an excellent month, and they’re starting to look like we all thought they would. And just in time.

Orioles: One last kick for a pennant chase.
The Orioles are hanging on in the Wild Card race, but that’s nothing one good week can’t fix. Either way, this is as close to a pennant chase as the Orioles have been in for a long time … and this is just the start.

Rays: A run at home-field in the playoffs … and maybe more.
The Yankees have been hearing the Rays’ footsteps for a while, but even if the Rays can’t quite catch them in the AL East, they’re well-positioned to host a playoff game … which sure beats flying to Seattle or Toronto.

Red Sox: Are these the last days of Xander and Devers together?
The Red Sox have a lot of questions to answer this offseason, not the least of which is, “What happens with Xander Bogaerts and Rafael Devers moving forward?” These two players have won a World Series together. Is this the end of their story?

Yankees: Aaron Judge goes for history.
Yes, the Yankees need to win this division, but let’s not kid ourselves: If Judge does what it looks like he might do, we’ll remember it longer than we’ll remember one little division title.

Guardians: A chance to return atop the division.
Cleveland won the AL Central three years straight from 2016-18, the first time they’d won their division since 2007. They might not have been as active at the Trade Deadline as their fans would have liked, but they’re still atop this division and might just pull off a division title and an opening Wild Card weekend series at home.

Royals: The last days of Greinke
Zack Greinke hasn’t said anything official about retirement. But it sure looks like a very real possibility for a guy who will be an absolutely fascinating Hall of Fame case. See him while you can.

Tigers: Spencer Torkelson turning it around.
The Tigers have had a nightmare season, and Torkelson’s struggles have been dead center of those issues. But he has been called back up and … shhh … has been hitting a little better. Is there hope to be seen this month?

Twins: Is this the last time to see Carlos Correa in a Twins uniform?
He could come back next year if he chooses not to opt out of his contract, but there is a good chance he does. Correa hasn’t been an MVP candidate, but he’s been awfully helpful in getting this team back up after a miserable 2021. But will he be a Twin for just this year?

White Sox: A chance to still win this division!
This team has been considered a disappointment, yet somehow remains in the thick of the division race. If they can somehow pull it off, all of those struggles will be forgotten.

Angels: Shohei and Trout, obviously.
These are still two of the top 10 — maybe five — players in baseball. We don’t get them in the postseason. We have to enjoy them now.

Astros: Can Verlander return in time to win another Cy Young Award?
Verlander has defied time — again, somehow — but he’s currently on the Injured List, with no set date of return. Will he be back in time to secure his case for the award? And more important: Will he back in time to be ready for the postseason?

Athletics: Draft pick positioning
Not much has gone right for the A’s this year, and they are poised to end up in the first MLB Draft lottery. But what kind of odds will they have for the No. 1 pick? Believe it or not, the A’s have not had a top-five pick since 1998, when they took Mark Mulder No. 2 overall. And they haven’t had the No. 1 overall pick since the very first Draft in 1965, when they took Rick Monday.

Mariners: Can they end the 21-year playoff drought?
Their postseason odds are at 99.5 percent according to Fangraphs’ Playoff Odds report. But forgive Mariners fans for believing it when they see it.

Rangers: Josh Jung, in prime time
The exciting Rangers prospect just got the call after a year of injury recovery, homering in his first at-at Friday. Want to see what the future looks like? You’ve got a month to do so.

Braves: Can they win this division? Watch them try.
This Braves team very well might be better than the one that just won the World Series. But the difference between the No. 2 seed in the NL and the No. 4 seed is profound. Can they edge out the Mets?

Marlins: Sandy Alcantara goes for the franchise’s first Cy Young.
For a team that has had such good young pitching throughout the years, Alcantara could make it happen over this final month.

Mets: Jacob deGrom, trying to win a division title.
Do not forget that deGrom might be with another team next year. Even if it’s not the last time you see him in Flushing, this last month could be the biggest of his entire Mets career.

Nationals: See C.J. Abrams show what’s coming
One of the primary stars of the Juan Soto trade, Abrams is in the lineup every day for the Nats. There are more prospects coming, and this could be a fascinating team in a couple of years. Abrams is the first sign of what that team will look like.

Phillies: The quest to end their postseason drought.
The Phillies look unlikely to be hosting any Wild Card Series games. But if they can get in, after missing the postseason since 2011, it will be a huge, long overdue step forward.

Brewers: An attempt to keep the best era in franchise history going
Heading into 2018, the Brewers, spanning back to their Seattle Pilots era, had only made the postseason four times in their entire history. They have now made it four years in a row. But it’s going to be quite a challenge to keep that streak going.

Cardinals: Sheesh, where to start?
Albert Pujols and Yadier Molina are retiring. Every time Adam Wainwright pitches to Molina, it sets a record. Pujols is trying to hit his 700th homer in front of a fanbase that is rapt for his every at-bat. The Cardinals are trying to win the NL Central for only the second time since 2015. Oh yeah, and Paul Goldschmidt’s got a chance to win a Triple Crown. Lots going on at Busch over the final month.

Cubs: The final chance to see the 2016 holdovers?
There are two players left from the 2016 World Series team currently playing for the club: Willson Contreras and Kyle Hendricks. Both of them are free agents after this year. Are these their final days in Cubbie Blue?

Pirates: What madness will Oneil Cruz pull off next?
He may or may not put it all together. But goodness, Oneil Cruz is liable — at any time — to do something you’ve never seen before on the diamond.

Reds: Alexis Díaz, matching his brother pitch for pitch
They haven’t come up with any horns for him yet, but for what it’s worth, the other Díaz brother has been as thrilling to watch as his Mets counterpart.

D-backs: A lot better team since the Trade Deadline.
The D-backs might just cause teams some real headaches down the stretch. They’ve got a winning record since the All-Star break — and the second-best record in this division — and now they’ve got top prospect Corbin Carroll to watch every night.

Dodgers: How many records will they break?
The Dodgers only need 12 more wins to set the all-time franchise record. 20-4, to catch the 2001 Mariners for most wins ever, is probably out of the question. Right? Maybe not.

Giants: The final days of this permutation of the Giants
They weren’t able to match last year, or come even close, despite trying a similar roster strategy. A pivot — some sort of pivot — sure seems pending. But what will they do?

Padres: Juan Soto and Manny Machado try to get their team in the playoffs
It’s difficult to overstate how much of a disaster it would be if the Padres missed the postseason this year. You’ve got two of the best players in baseball trying to get them there.

Rockies: Can they stay out of the cellar?
For all the frustrations the Rockies have put their fans through, they haven’t finished last since 2015. They’re six games behind the reeling Giants right now.