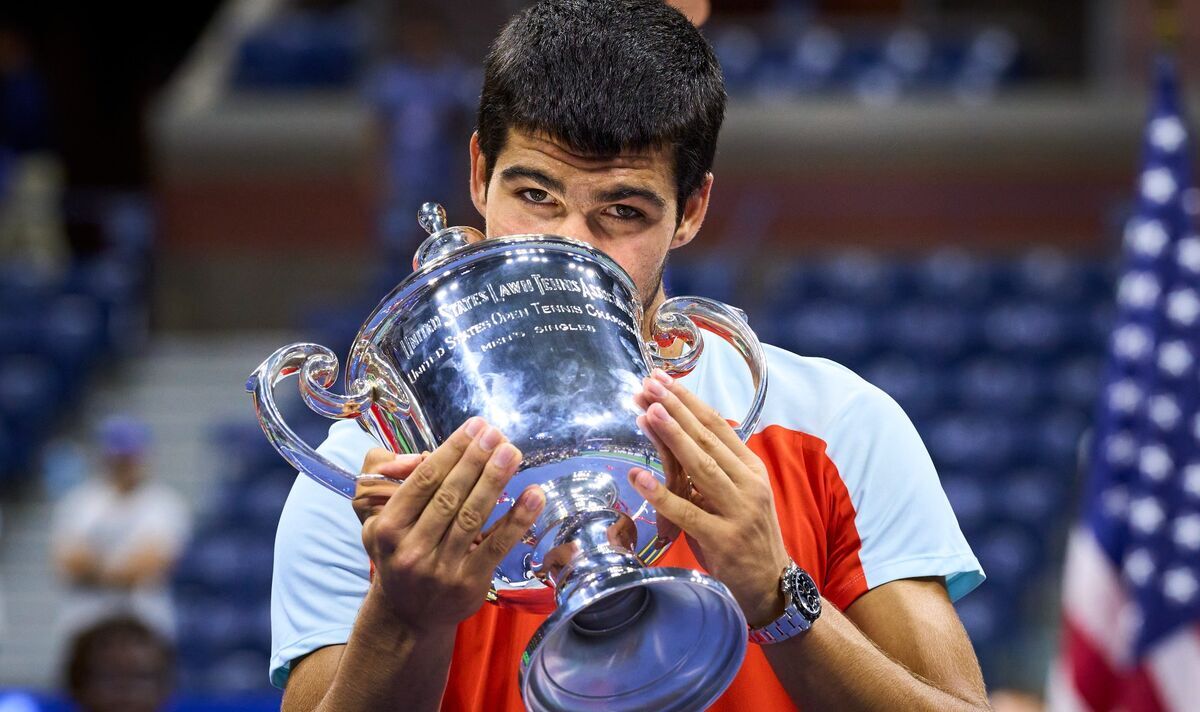 Alcaraz capped off his breakout season by winning his first Grand Slam title at the US Open, becoming the first teenager to lift a Major trophy since Rafael Nadal in 2005. Thanks to his victory in Flushing Meadows, he also became the new world No 1 and smashed Lleyton Hewitt’s previous record to become the youngest man ever to reach the top of the rankings.

The Spaniard has since received a hoard of messages from fellow players and others in the sporting world including from Nadal and Real Madrid FC, and Djokovic has now joined in sending Alcaraz a message. Taking to his Instagram story, the Serb reposted a photo of Alcaraz in Times Square with his US Open trophy and wrote: “Enhorabuena Carlos.

“Congratulations @carlitosalcarazz for your first Grand Slam. Amazing performance.” Alcaraz won their only previous meeting en route to the Madrid Masters earlier in the season, also earning his first victory over a world No 1 with Djokovic at the top of the rankings at the time.