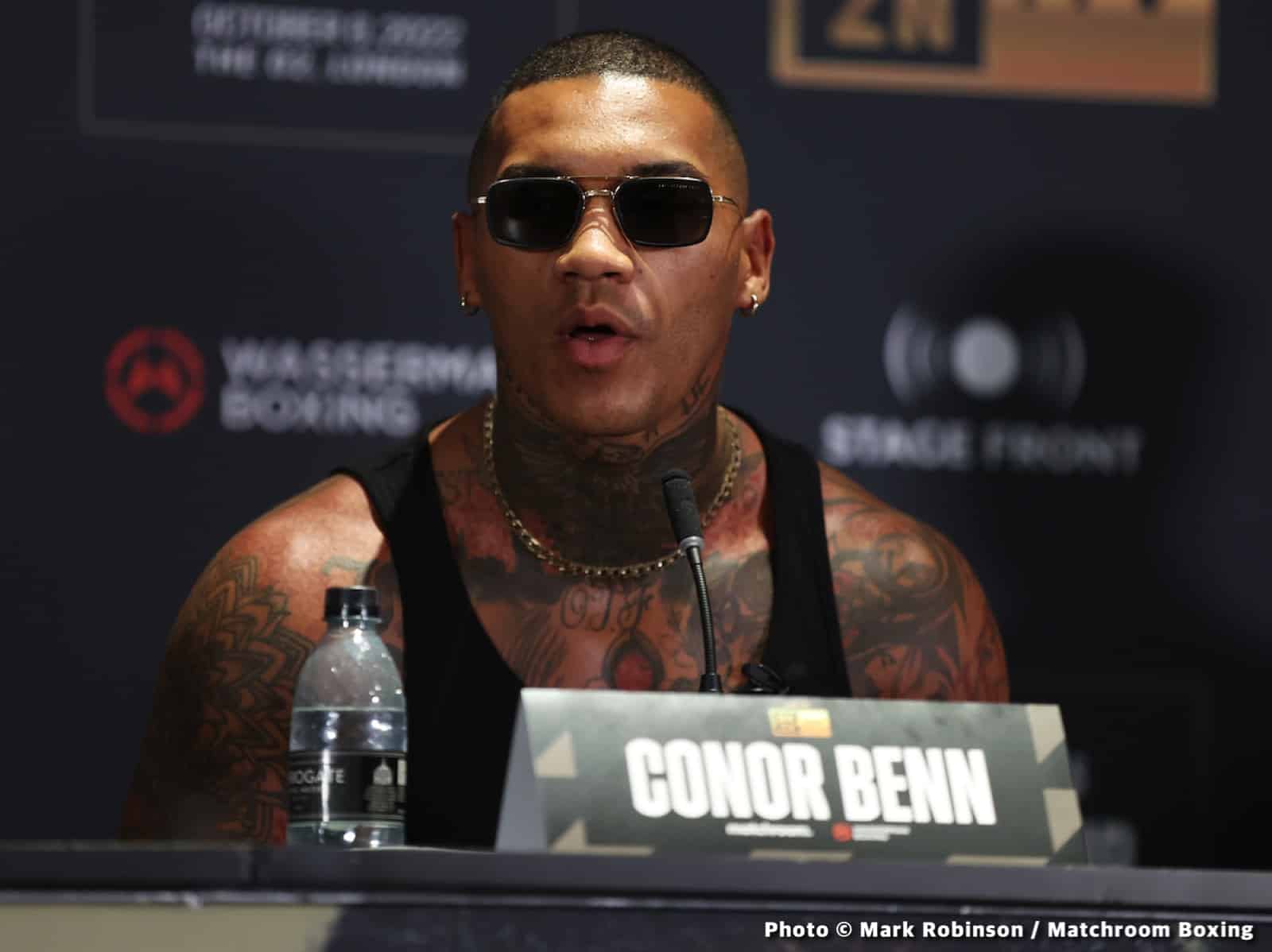 By Charles Brun: Conor Benn feels he’s got nothing to fear from the “underachiever” Chris Eubank Jr on October 8th in their headliner on DAZN PPV.

Even though Benn (21-0, 14 KOs) is giving away size, experience, and power against the middleweight Eubank Jr (32-2, 23 KOs), he thinks he’s got the goods to pull off the upset at the O2 Arena in London, England.

Benn isn’t all the way wrong with his lab of Eubank Jr as an “underachiever” because his career has failed to take off after he missed out on a big opportunity against Gennadiy Golovkin in 2016.

That fight could have paved the way to greatness for Eubank Jr had he snatched it up. Instead, promoter Eddie Hearn offered it to Kell Brook, who took it and was blasted out in five rounds.

Eubank Jr has failed to step into the big shoes of his famous dad, Chris Eubank Sr, and it doesn’t look like he’s ever going to measure up now that he’s nearing 33.

Even if Eubank Jr trounces Benn, he won’t receive much credit because Conor is a welterweight and has zero experience against talented opposition.

“There’s no pressure right now because we don’t have our gloves on, and we’re sitting in our clothes, and we’ve got people around here. There’s no pressure now,” said Chris Eubank Jr to Matchroom Boxing, talking to Conor Benn about their October 8th fight.

Chris Eubank Jr: “When that bell goes, and you receive that first little jab on your chin.”

Eubank Jr: “That’s the exciting thing about this. We’re going to find out something we don’t know about Conor Benn. We don’t know how he deals with adversity. We’ve never seen him get hurt.

“Will he be able to come through that? We don’t know. He’s an unknown entity. He’s on a hot streak right now, knocking out guys. The hype train is there, but this is real.”

Benn: “There comes a time in your career where you do take risks, and this is that jump. This is that risk for me. I’m going to go in there and do exactly what I plan on doing, the same way I’ve done with every other single one of my opponents, who said I can’t box and I can’t do this.

“More experienced fighters and former world champions. Talk all you want. Talk is cheap. We’ll see when we get in there, won’t we?”

Eubank Jr: “You do understand that I am not who you fought.”

Benn: “That’s completely fine, but talk is cheap. You’re probably the best fighter today; yeah, I’ll give you that.”

Eubank Jr: “There’s no ‘probably.’ I am the best fighter you’ll have faced.”

Benn: “32, 32, what have you done, really? You beat a washed-up DeGale, you lost to Billy Joe and lost to Groves. You had another fight against Liam Williams. What have you actually done at the age of 33?”

Eubank Jr: “I’ve defeated 32 opponents. The two losses I have on my record were points losses, and close fights. What I’ve done is create my own lane, make my own name, walk my own patch.”

Benn: “So you think you’re out of your dad’s shadow?”

Eubank Jr: “Absolutely. People know I’m the real deal. People know what I can do when I’m in the ring. Everybody in the boxing world knows what I’m capable of.”