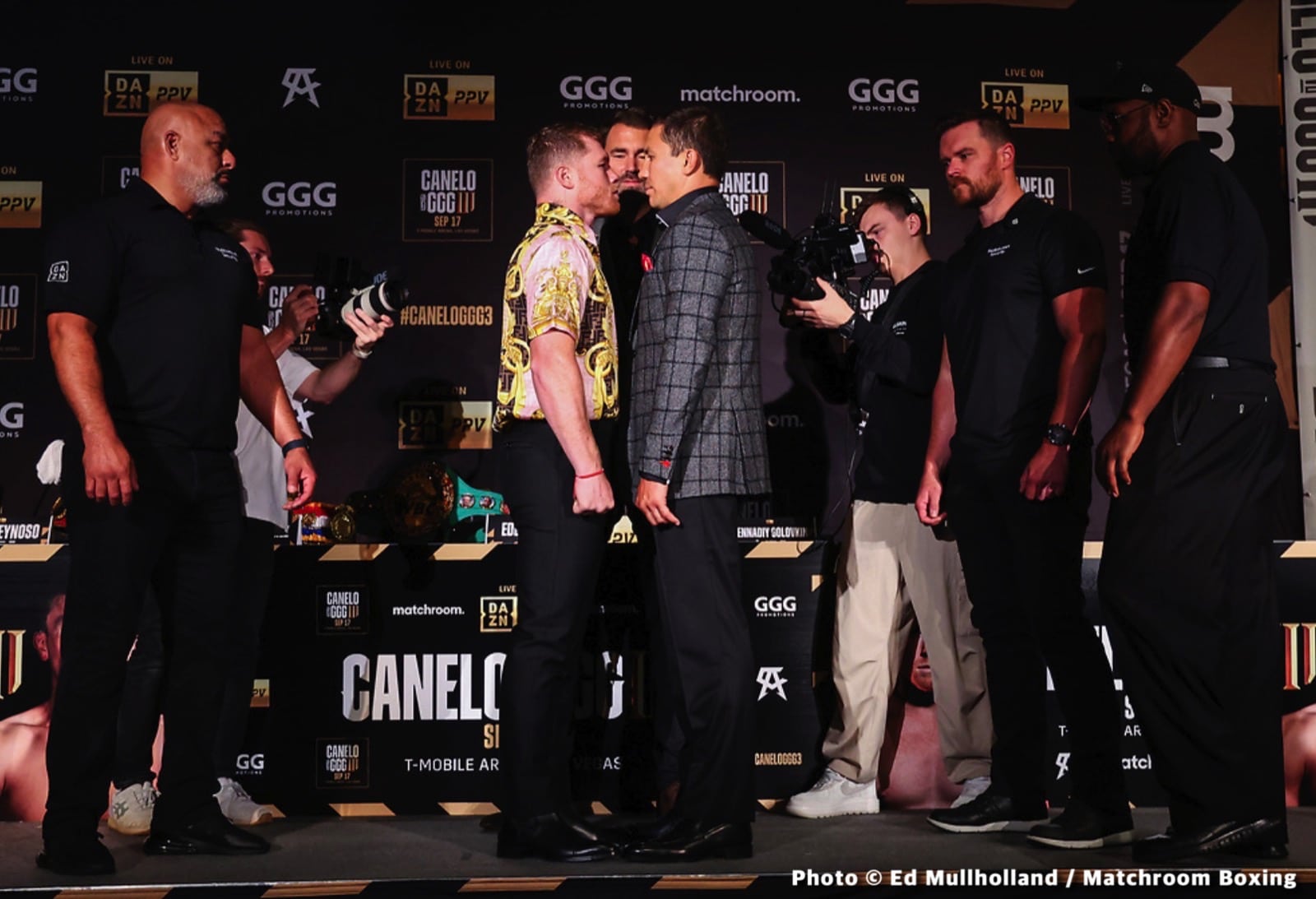 Some would say that was a strategic move on Canelo’s part, as he’d waited a year after the first fight to face Golovkin in the rematch, and it didn’t seem to help him. But by waiting four years, Canelo may have hit the jackpot this time, but we’ll see on Saturday.

Canelo looked older than Golovkin in his last fight, getting battered by WBA light heavyweight champion Dmitry Bivol last May in a contest that the Mexican star appeared to win only two rounds.

If Canelo fights like that, Golovkin has a real shot at winning, even if he’s not the same fighter that he was in the first two fights against Alvarez.

“I feel like Canelo is going to take him [Gennadiy Golovkin] out early,” said Jesse Rodriguez said to the DAZN Boxing Show. “You’ll see, in the later rounds, I believe.

“It’s amazing, it’s a lot of motivation, there’s a lot of fighters who would fight for free to be a co-main with Canelo,” Bam continued.

“It’s a blessing that I’m in this position; it’s a perfect opportunity to show just the casual fans who “Bam” Rodriguez is.”

It’s an opportunity for Bam Rodriguez to show what he’s capable of against an experienced fighter in Gonzalez, who has fought Roman ‘Chocolatito’ Gonzalez, Jerwin Ancajas, and Khalid Yafai.

“It’s hard for me to make a case for Golovkin in this fight, and although he won the first fight in my eyes and everybody’s eyes,” said Carl Frampton to iFL TV.

“It should be one each and one to settle the score. I think Golovkin now, we saw in the [Ryota] Murata fight; he was hit a little too much. Although he’s still got that power, which can get him out of trouble, and he finally got the stoppage.

“I just think they’re saying that he slowed down a bit. People will say that Canelo has done the same. He lost to [Dmitry] Bivol in his last fight. I don’t think he has slowed down. I think he’s in his prime years right now.

“I think what happened in the Bivol fight was a case of Canelo pushing it a stretch too far. He can beat an old [Sergey] Kovalev at that weight [175].

“He can beat a big super middleweight like Callum Smith, who may be struggling to make super middleweight. But Bivol was a big, fresh, in his prime light heavyweight, and it was a step too far for him [Canelo].

“I think I can only see one winner, and it’s going to be Canelo in the most decisive yet,” said Frampton.

The former two-division world champion Frampton is going the oddsmaker’s favorite Canelo with his pick.