Womens golf places 10th in first outing of the year 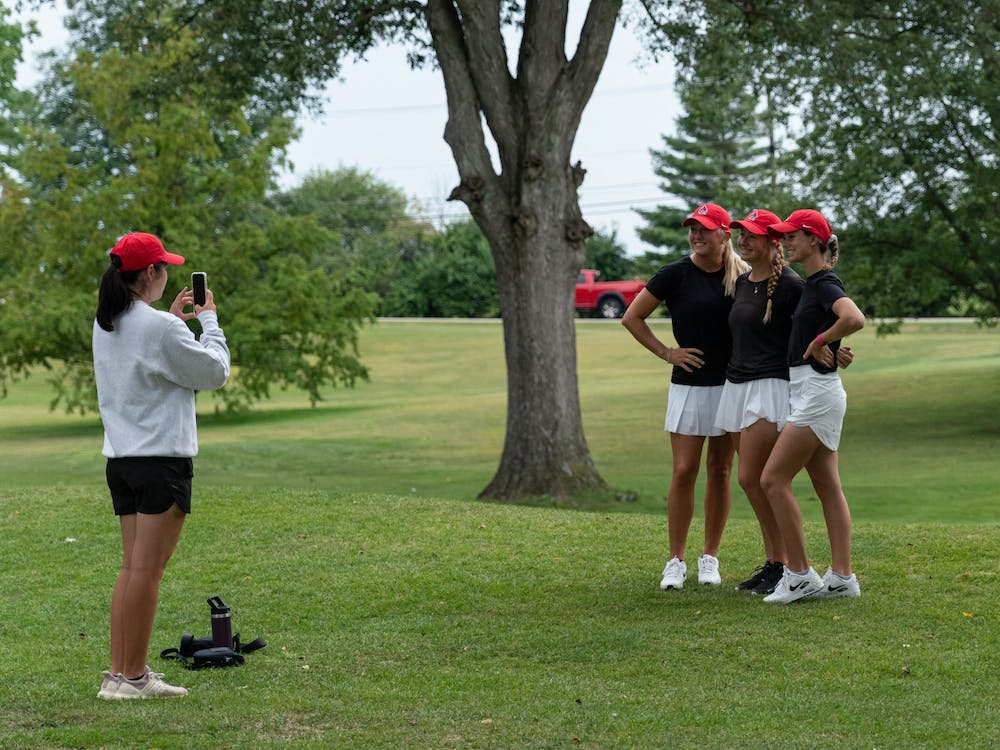 Sept. 11-12, The Ball State women’s golf team opened up its season at the Redbird Invitational in Normal, Illinois. The Cardinals placed 10th out of 15 teams with junior Kiah Parrott tying for eighth individually.

On Sunday, Ball State played 36 holes. At the end of round one, the Cardinals found themselves in 13th place. Parrott would lead the group with a 2-over-par performance.

Gallagher was able to lead the three freshmen, posting a 7-over-par score in her first round of the day with Driscoll shooting a 9-over-par for an overall score of 81 and Boyd shooting a 12-over par 84. Hillman would follow up with a 17-over-par 89.

Parrott increased her score by three to shoot 5-over-par 77 on her second round of the day.

“The second round was a grind especially, I was four over in my first three holes and finished the last 15 holes one over,” Parrott said. “That was definitely a grind for sure.”

Gallagher also improved her round one score and dropped four strokes to shoot a 3-over-par 75.

The biggest improvement from the first round to the second came from Driscoll. She was able to drop nine strokes to shoot a 2-over-par 74. Her score would also lead the team for round two.

At the end of the day, the Cardinals’ found themselves in 13th place.

MONDAY – Round Three – Final Round

After a rocky start on the front nine (started round on the back nine), shooting eight over, Gallagher improved to shoot two over on the back nine (front nine), finishing with 10-over-par 82.

“I think we probably learned some hard lessons, the conditions were a little different than what we’ve had the first couple of weeks of practice and school,” head coach Cameron Andry said. “It got cooler and we had a lot more wind. Today the wind really got going as the round went on.”

Ball State will be at home for its next invite. The Cardinals will play in the Brittany Kelly Cardinal Classic on September 19-20. The invite will take place at The Players Club at Woodland Trails in Muncie, Indiana.

“I think it is a really good thing because our team is so young,” Parrott said. So a lot of them it was their first college tournament. I mean it is nerve-racking so I think that going into next week they should be much better prepared and to know what to expect in a college tournament.”

Last year, Ball State placed 12 out of 16 in their home tournament at The Players Club.

“It is a baptism by fire with all three of them [freshmen] in the lineup,” Andry said. “I told them like, hey you know we will remain inexperienced if we don’t actually take some time to reflect and learn from what we went through this week. I am really excited to host a really good field at Players Club. I think if we play well, we have a chance in almost any event that we play.”