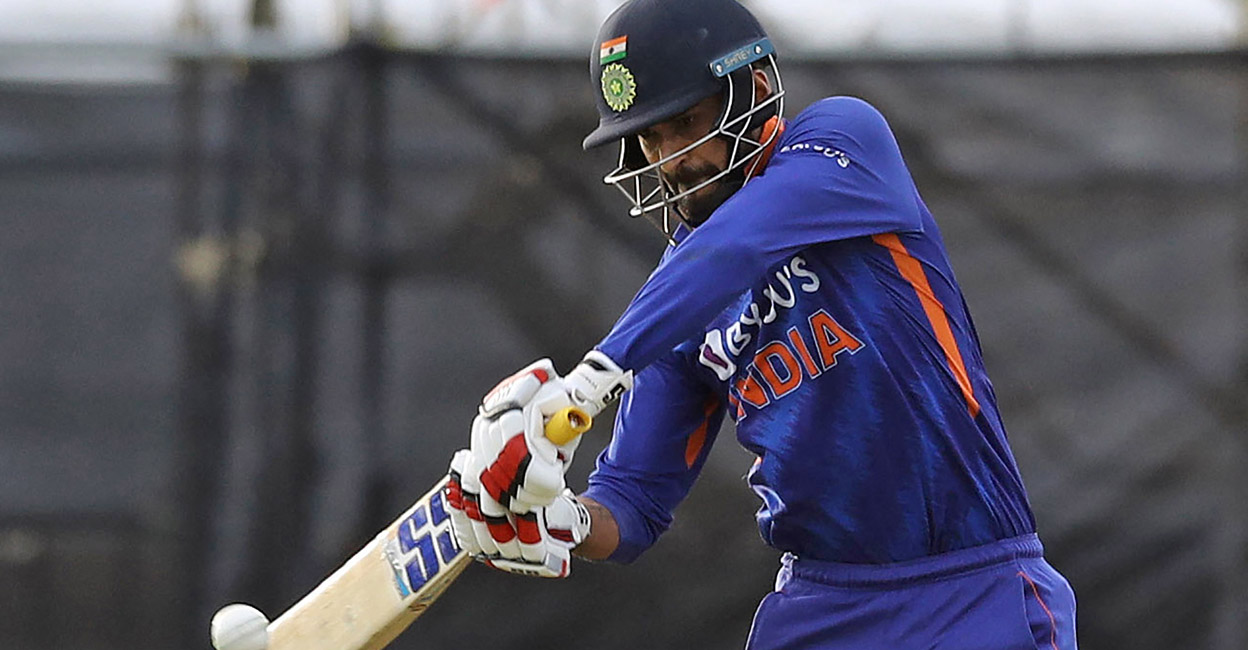 The selectors have played it safe while picking the Indian cricket team for the forthcoming Twenty20 World Cup. The selections have been largely on expected lines with the sole surprise being the inclusion of Deepak Hooda in the final 15.

Indian captain Rohit Sharma had indicated that there won’t be any major change in the squad after his team suffered its second successive defeat in the Super 4 stage of the just-concluded Asia Cup where the Men in Blue failed to make it to the final.

The India batting is heavily reliant on the top three consisting of Rohit, K L Rahul and Virat Kohli. Despite his poor form, Rahul has been retained since the think tank feels the classy batter is the ideal choice to partner Rohit up front. Rahul has the technique and range of strokes to succeed on the bouncy Australian tracks.

Kohli has roared back to form with a fine display in the Asia Cup. This could well be the final hurry for both Kohli and Rohit as far as the T20 World Cup is concerned.

Suryakumar Yadav is the automatic No. 4. The Mumbaikar is a 360-degree player and can get going from the first ball.

The selectors have kept their faith in Rishabh Pant and Dinesh Karthik as wicketkeeper-batters. His struggles in the shortest version of the game notwithstanding, Pant is a big-match player. He has the shots and confidence to win a game single-handedly. Being the lone southpaw in the Indian top six also worked to his advantage.

At 37, Karthik has realised his dream of getting picked for the showpiece event. Karthik is the designated finisher for Team India and has loads of experience. It’s up to the team management to include him in the playing XI to make use of his skills.

Hooda being preferred over both Sanju Samson and Shreyas Iyer has been a surprise. The fact that he could roll his arm over if needed, proved to be the clincher. It remains to be seen whether Hooda gets a chance to play.

Sanju can consider himself unlucky to have missed the bus. The Kerala stumper-batter had an excellent IPL 2022 and shone in the few chances he got in national colours recently. His strokeplay would have been a big plus Down Under. Also, Sanju could well have been used as a floater in the line-up.

Iyer on the other hand has been kept on the reserves’ list. He could get a chance if any of the batters get injured.

As expected, Hardik Pandya and Axar Patel are the all-rounders. How Pandya fares, especially with the ball, will have a huge bearing on how far the team progresses in the tournament. Needless to say, India will need his power-hitting at the death.

Axar was an automatic choice once Ravindra Jadeja was ruled out after undergoing a knee surgery. Axar is a wily left-arm spinner, a safe fielder, and can play the big shots. But the big question is how effective will he be in Australia. It’s safe to say Jadeja will be sorely missed.

Leggie Yuzvendra Chahal and offie R Ashwin form a potent spin pair. Chahal is a wicket-taker and he will be crucial on the big Australian grounds. Ashwin, just like Karthik, will be eager to contribute and justify his selection. Ashwin can also chip in with the bat, but his fielding could hurt India at times.

Pace spearhead Jasprit Bumrah and T20 specialist Harshal Patel are back from injuries. Patel’s clever variations and batting abilities meant he edged out the experienced Mohammed Shami who has been picked as a standby.

The seasoned Bhuvneshwar Kumar and rookie left-armer Arshdeep Singh complete the pace bowling department. Bhuvneshwar is expected to bowl the bulk of his overs in the Powerplay, while Arshdeep is the death-over specialist.

Leggie Ravi Bishnoi and swing bowler Deepak Chahar are the other reserves in addition to Iyer and Shami. Bhuvneshwar, Arshdeep and Pandya will be reporting to the National Cricket Academy for ‘conditioning-related’ work and miss the Australia and South Africa series. The reserves could well find themselves boarding the flight to Australia.

Overall the selectors have done a fair job, especially keeping in mind these players had turned out in the majority of the games in the recent past. Whether this team will make it to the business end of the competition is a different topic altogether.