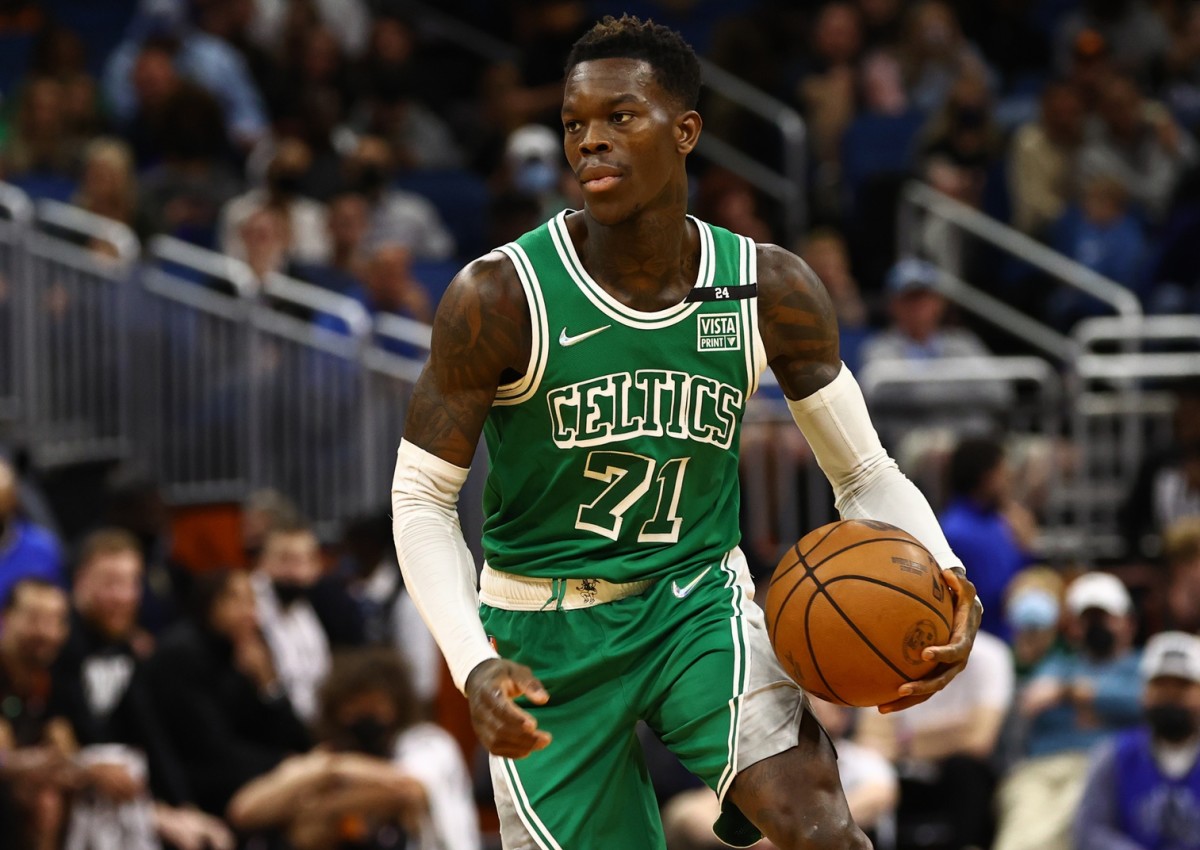 In the midst of September, all 30 teams around the NBA are preparing for the start of training camp as the 2022-23 NBA season is set to begin in about a month.

However, several key names and experienced talents remain free agents this offseason, one of which is Dennis Schroder.

Since being traded from the Atlanta Hawks to the Oklahoma City Thunder ahead of the 2018-19 season, Schroder has consistently been a playmaker and scoring threat off-the-dribble with the ball in his hands, yet no team has really shown a willingness to commit to him long-term.

Being traded to the Los Angeles Lakers in 2020, Schroder drew a lot of scrutiny for his play alongside LeBron James and Anthony Davis, yet his numbers were not bad whatsoever. Averaging 15.4 points and 5.8 assists per game while shooting 43.7 percent from the floor, Schroder was everything the Lakers needed him to be, which is why they offered him a four-year, $84 million extension.

Turning down this deal ultimately proved to be a really bad decision for Dennis Schroder since his hopes of receiving a contract upwards of $20 million per year following the 2020-21 season did not come true, but all-in-all, he still put together a solid 2021-22 campaign with both the Boston Celtics and Houston Rockets.

While it is unknown if Schroder has a certain pay range he is willing to play for this offseason, the 28-year-old guard can still play at a high-level and he is more than capable of being a team’s starting point guard or being his team’s “sixth man.” If you need further proof of this, just look at what Schroder is doing for the German national team in the EuroBasket 2022 tournament this offseason.

Scoring 26 points on 8-15 shooting, 3-6 from three-point range, and also adding 8 assists and a steal to his name on Tuesday against Greece, Dennis Schroder led Germany to a 107-96 victory over Giannis Antetokounmpo and the Greek national team, pushing Germany into the semifinals.

This entire tournament, Schroder has been nothing short of fantastic, as he is now averaging 20.2 points, 7.2 assists and is shooting 48.4 percent from the floor for the tournament after Tuesday’s victory. His 3.0 turnovers per game over the course of seven tournament games is a little bit high, but Schroder has been a little turnover-prone his entire career, as he has averaged 2.4 turnovers per game over the course of his now nine year NBA career.

Turning the ball over is not a good look if you are trying to earn a new contract in the league, however, Schroder makes up for it with his ability to get to the basket and draw his opposing defenders in, allowing him to kick the ball out to his teammates for wide-open three-point shooting opportunities.

He is not the best guard in the league and he may not be much of an outside shooter, but it would be very hard to come up with a list of 30 different point guards who are better than him from a playmaking and scoring off-the-dribble standpoint.

Receiving some consideration for the 2018-19 NBA Sixth Man of the Year award, there is no reason why Schroder cannot hold this role for a contending team in this league and immediately make an impact during the 2022-23 season.

The Dallas Mavericks are a team that has been linked to Dennis Schroder recently and some other teams who could possibly entertain the idea of signing him after his recent performances this summer include the Charlotte Hornets, Portland Trail Blazers and Milwaukee Bucks, all of which could benefit from some added bench depth in their backcourt.

None of those teams have expressed immediate interest in signing Schroder, but given what their roster and depth chart looks like heading into training camp, it would not come as a shock for me personally to see any of these teams look to sign the veteran guard.

Dennis Schroder deserves an NBA contract without question and he truly is the best free agent still available in terms of athleticism, playmaking abilities and scoring numbers off-the-bench. His recent play for Germany has definitely caught the attention of numerous teams in the NBA, which will likely result in Schroder receiving a contract before the start of training camps at the end of September.