Jordan Montgomery roughed up in loss to Brewers 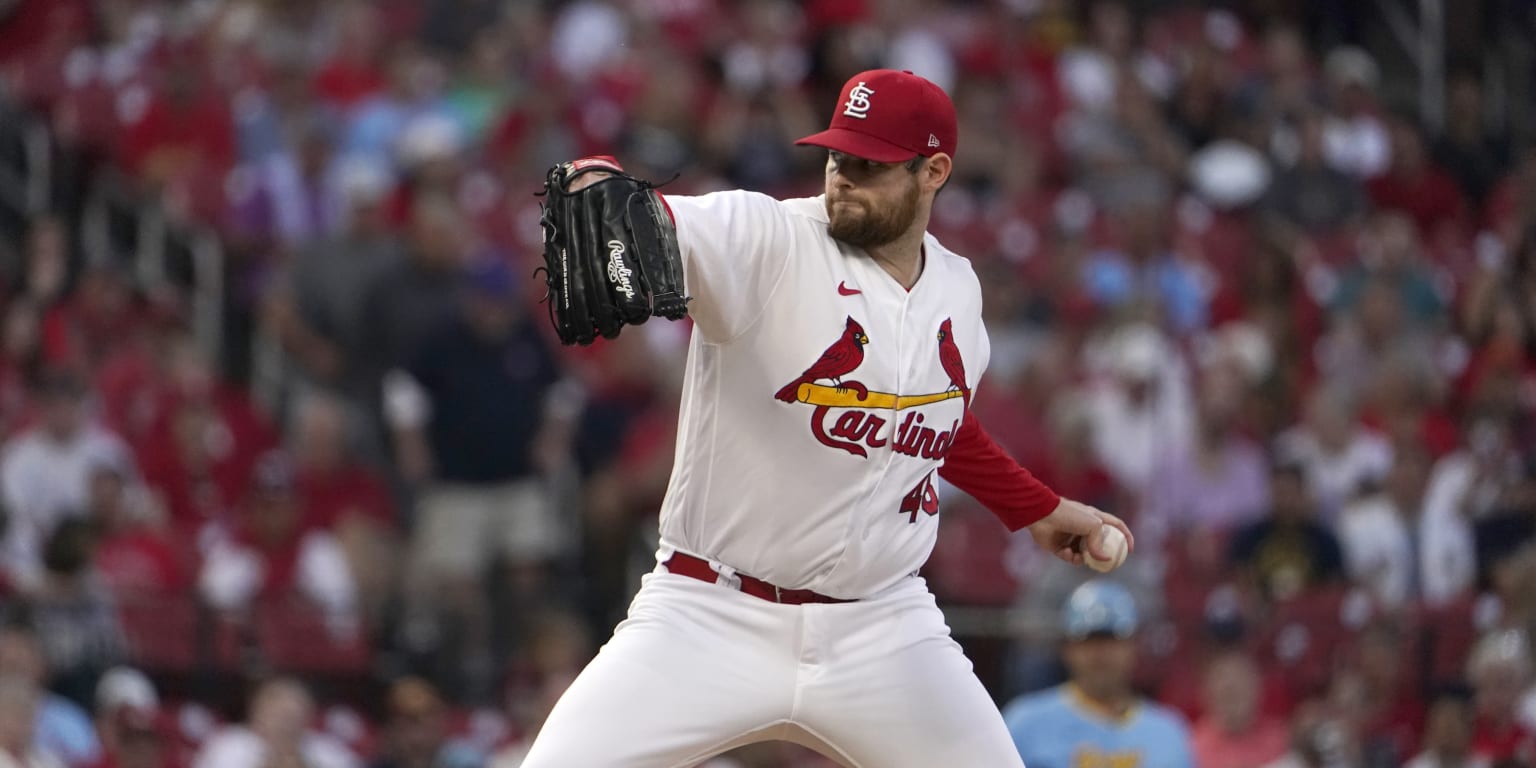 ST. LOUIS — Coming into Tuesday, lefty Jordan Montgomery had been nearly flawless with the Cardinals, personally going 5-0 and his team winning all seven of his previous starts. Meanwhile, the Brewers entered as one of the NL’s weakest squads against left-handed pitching, and they had dejectedly taken notice of the rival Cardinals acquiring two difference-making southpaws before the Trade Deadline.

So when Montgomery was hit as hard as he had been squared up since coming to the Cardinals in a trade from the Yankees, and the Brewers played well enough to take an 8-4 victory at Busch Stadium and tie the season series at 8-8, conventional wisdom and answers for what had just happened were in short supply.

“Just [got] baseball’d, I guess,” Montgomery said of his luck. “I’ll keep making good pitches, and I’ll be ready in five days against Cincinnati.”

Up as high as 4 1/2 games in the NL Central race in May and still ahead by four games just before the Trade Deadline, the Brewers limped into St. Louis on Tuesday, seemingly out of the race for the division title at eight games back and clinging to hopes of even making the playoffs.

What seemed to make matters worse was Milwaukee having to face Montgomery, the 6-foot-6 lefty who fanned eight Brewers in six scoreless innings on Aug. 12.

It was during that series when Brewers slugger Hunter Renfroe discussed the double whammy Milwaukee experienced at the Trade Deadline when it not only dealt away All-Star closer Josh Hader, but it looked on as the rival Cardinals acquired veteran left-hander José Quintana and Montgomery. All St. Louis had done since adding those two proven southpaws was go 14-1 in their starts while ballooning their division lead.

Those trends changed dramatically on Tuesday, despite the Brewers ranking 14th in the NL in batting average (.217) and 13th in OPS (.662) against lefties. They tagged Montgomery — the first Cardinal newcomer to start 5-0 since 2018 — for seven hits, six runs (four earned) and a home run by veteran right-handed hitter Andrew McCutchen.

“We did a really good job of staying on him every inning, not really letting him give up a couple of runs and then settle in,” said McCutchen. “We did a good job of fighting back every inning.”

Four of those outs came via the strikeout, as Montgomery went from throwing as many sinkers (11 in the first two innings) to his four-seam fastball. Much of Montgomery’s success in St. Louis has come from his willingness to throw more four-seam fastballs — especially inside to right-handers.

Renfroe and McCutchen delivered the knockout blows for Montgomery with two outs in the fifth. Renfroe drilled a fastball out over the plate at an exit velocity of 108.2 mph for a double that went to the center-field wall.

Then, McCutchen hit a hanging curveball into the Milwaukee bullpen. Montgomery reacted angrily upon McCutchen smashing the ball, but afterward, he changed his tune.

McCutchen sounded somewhat surprised by the success the Brewers had against Montgomery, considering how dominant the lefty was when he shut Milwaukee down in August.

“He didn’t have his stuff like he had the last time we faced him,” said McCutchen, a long-time Cardinal killer. “He wasn’t able to really locate as much to the glove side. He was leaving a lot of things out over the plate.

“I think the first hit I got off him, he was trying to come more in, and he left it a little more middle and it was up. Throughout the game, he was not able to locate the way he normally does. For us, we need to take advantage of those days.”

As for Montgomery, he chalked the rough night up to the occasional quirks of baseball.

“Just a tough day,” he said. “I got beat on some good pitches, and I left a couple over the plate. Tough loss, but we’ll bounce back.”