The Dodgers have spent the last several years living by the philosophy that baseball positions are a social construct with no actual meaning. Cody Bellinger has been both a first baseman and a Gold Glove right-fielder, and he’s now one of the best center-fielders in baseball. Kiké Hernandez was the best defensive second baseman in baseball and also played six other positions. Chris Taylor came up as a shortstop and now plays almost everywhere except shortstop.

What this has meant on a practical level is that some of their players were at a major disadvantage when it came to winning Gold Gloves, either because they didn’t play as many innings at a particular position as their competitors, as in the case of Max Muncy at first base last year, or they didn’t play enough innings as any single position to even qualify for the award.

Word came down on Tuesday, though, that a big change is happening in the Gold Glove process. 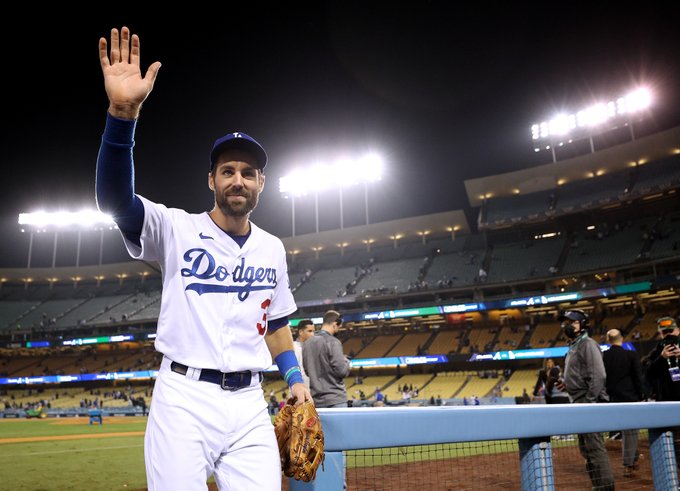 Mike Thompson, chief marketing officer for Rawlings, which awards the Gold Gloves, made the announcement in a statement on Tuesday.

“We’re thrilled to finally introduce a Rawlings Gold Glove Award that recognizes players with the superior defensive ability to play multiple positions. Utility players are some of the most versatile athletes you’ll see on the field, and it’s time for them to be rewarded for their tremendous defense, alongside position players.”

The full details haven’t been released yet, so we don’t know what innings limits will be placed on utility players, but it’s safe to assume the requirements will be similar to those for position players, which is basically about five defensive innings per team game played.

We probably won’t see any current Dodgers win the utility award this year, but with the team’s penchant for moving guys around, they figure to be in the hunt in future years.

Have you subscribed to our YouTube Channel yet? Subscribe and hit that notification bell to stay up to date on all the latest Dodgers news, rumors, interviews, live streams, and more!