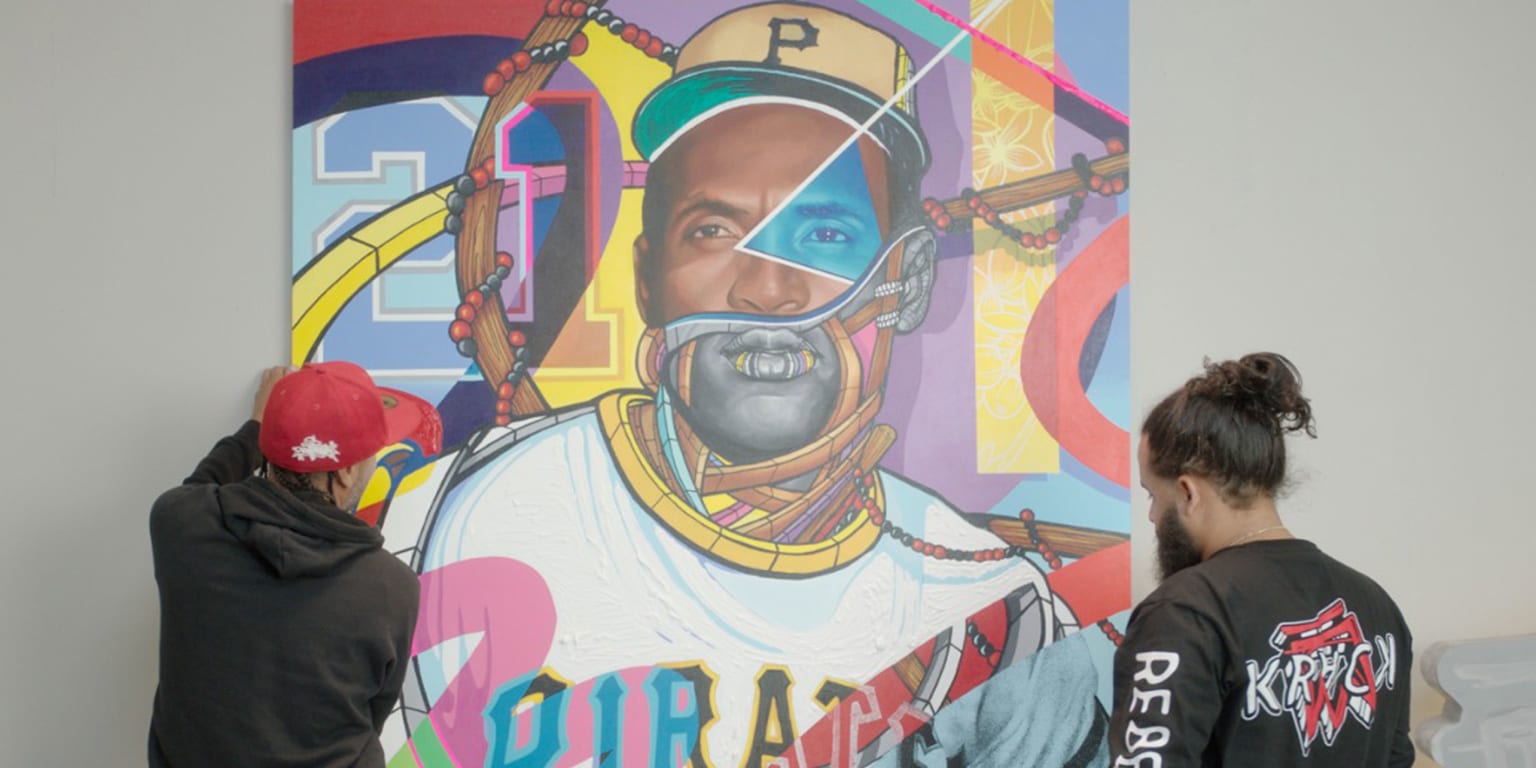 NEW YORK — It’s been 50 years since a plane accident took Roberto Clemente’s life as the Pirates’ All-Star right fielder attempted to deliver supplies to Nicaragua in the wake of a devastating earthquake. Yet time has done little to erode Clemente’s legacy, which is one of service, advocacy and unwavering pride in his Afro-Puerto Rican heritage. And nowhere is his impact more palpable today than in his native Puerto Rico, where the values Clemente exemplified during his 38 years of life continue to resonate with new generations.

Sepulveda has created murals all over Puerto Rico and the U.S., while Rivera’s body of work includes the “Folklore” installation at Miami’s loanDepot park. Sepulveda and Rivera had worked together before, designing artwork to beautify neglected public spaces in Puerto Rico. In doing so, they’ve used their talents to uplift their communities — much like Clemente did in his day.

“To this day, Roberto Clemente is still impacting Puerto Rico and the world,” Sepulveda says. “He is the motivation behind many things.”

The vibrant piece Sepulveda and Rivera created to honor Clemente is titled Veintiuno (which translates to Twenty-One in Spanish, a reference to Clemente’s uniform number) and includes a variety of elements that represent different aspects of Clemente’s identity — for example, a beaded necklace that symbolizes Puerto Rico’s Afro-Caribbean culture. In Rivera’s words, the piece is meant to be “almost like a riddle” that invites reflection and contemplation.

“When you see the artwork for the first time, we made it so you don’t see the number 21 so quickly,” he said. “You have to take your time observing the piece.”

Sepulveda and Rivera discuss their individual artistic journeys and the process of creating Veintiuno in a new MLB Originals film, “Clemente x Siempre,” that features archival footage of Clemente and an appearance by his grandson, Roberto Luis Clemente. The film can be streamed on MLB’s official YouTube channel and at mlb.com/originals.

Veintiuno will be on display during the Rise Against Hunger volunteer event at Citi Field before the Mets host the Pirates on Sept. 15, which has been designated Roberto Clemente Day across the league and also marks the start of Hispanic Heritage Month in the U.S. The event will bring together 14 past recipients of MLB’s prestigious Roberto Clemente Award, which recognizes an active player for his humanitarian endeavors. Participants will pack meals for folks in New York City affected by food insecurity. Sepulveda and Rivera will be present, and Veintiuno will later be auctioned by MLB Auctions in support of the Roberto Clemente Foundation, which continues Clemente’s commitment to community service.

Beyond the legacy he left off the field, of course, Clemente is also one of the greatest players of all time. The first player from Latin America to be inducted into the National Baseball Hall of Fame, Clemente had an 18-year career with Pittsburgh, during which he was a two-time World Series champion, a 12-time Gold Glove Award winner in right field and a 15-time All-Star. He was also the 1966 National League MVP, the 1971 World Series MVP and in 1972 became the first Latin American player to notch 3,000 hits in the Major Leagues.

Yet Rivera emphasizes that for many in Puerto Rico, it’s not Clemente’s exploits as an athlete that command their respect and reverence, it’s how he represented his people with dignity and pride along the way.