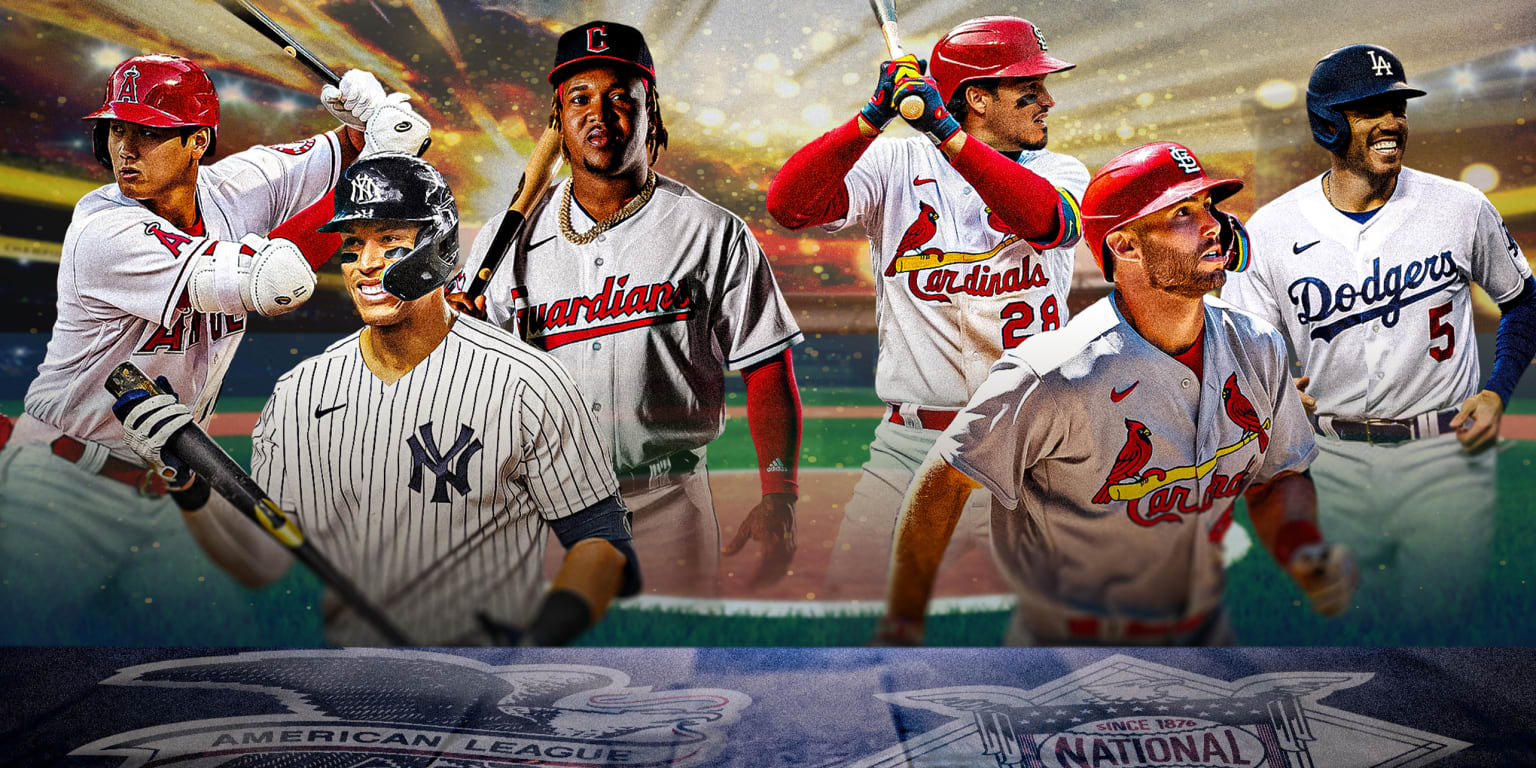 In the latest MLB.com MVP poll, there’s still one favorite between Aaron Judge and Shohei Ohtani in the American League. But the race is tightening as we enter the final weeks of the regular season.

In the National League? Paul Goldschmidt looks like he’s running away with it. Which is all the more impressive considering the other superstars who are MVP contenders this year.

MLB.com voters were asked to rank their top five MVP candidates in each league based on what has happened so far and what they expect will happen in the weeks to come. Players received vote points on a 5-4-3-2-1 scale — five points for a first-place vote, four points for a second-place vote and so on, with 50 voters participating.

Here are the results. (All stats are through Wednesday.)

Yes, the favorite is still Judge, who’s chasing home run history. Judge is up to 57 homers with just under 20 games to go. Can he be the first 60-home run hitter since Barry Bonds? Can he break Roger Maris’ 61 for a new American League record? Every Judge at-bat is a must-watch right now. Oh … he could win a Triple Crown, too — Judge leads the AL (and the Majors) in home runs and RBIs, and ranks third in batting average.

That Ohtani is this close to Judge — he more than doubled his first-place votes from the last MLB.com MVP poll — is a testament to how special the two-way superstar is. The reigning AL MVP has 34 home runs as a hitter and a 2.55 ERA and 188 strikeouts as a pitcher. If anyone can challenge a 60-home run hitter for MVP, it’s Ohtani.

Ramírez moves up one spot from the last poll into the top three, which would put him on track to be an MVP finalist for the fourth time. The Guardians star, who has 27 homers, 111 RBIs and 72 extra-base hits this season, finished third in AL MVP voting in 2017 and ’18 and was the runner-up in 2020.

Alvarez has dealt with hand soreness this season but is still the top slugger for the first-place Astros, with 33 homers and a 1.000 OPS. The first-time All-Star is also looking to place in the MVP voting for the first time, and he could even be a finalist.

Bogaerts takes the place of his teammate Rafael Devers in this poll. The Red Sox shortstop, who’s placed in the MVP voting four times with a career-best fifth-place finish in 2019, is batting .317 to rank second in the AL.

The story driving the NL race is whether Goldschmidt can win not just his first career MVP Award, but also a Triple Crown. The Cardinals’ first baseman ranks in the top three in all the Triple Crown categories — batting average, home runs, and RBIs — and could be the first hitter to win it since Miguel Cabrera in 2012 (so could Judge), and the first NL hitter since another Cardinal, Joe Medwick, in 1937.

The Cardinals might have the best two players in the league, because Arenado is having another MVP-caliber season alongside Goldschmidt. Like Goldschmidt, Arenado has never won an MVP Award, with five top-10 finishes in his career. He has 29 home runs and 96 RBIs while playing his usual stellar defense at third base.

The 2020 NL MVP is back in the conversation again in his first season with the Dodgers. Freeman is leading the MLB batting race with a .329 average, and his 181 hits are the most in the Majors. Freeman could spoil Goldschmidt’s Triple Crown bid if he wins the batting title.

Machado has finished in the top 10 of MVP voting four times, and in the top five three times (twice with the Orioles in the AL in 2015 and ’16, and with the Padres in the NL in 2020). Competing with Arenado for the title of best third baseman in the league, Machado has 28 homers and 90 RBIs.

Betts and Freeman are right up there with Goldschmidt and Arenado as the best 1-2 punch in the NL. The 2018 AL MVP with the Red Sox is looking for his first in the NL after finishing as the runner-up in 2020, his first year with L.A. Betts has already set a new career high in home runs with 34 and counting.