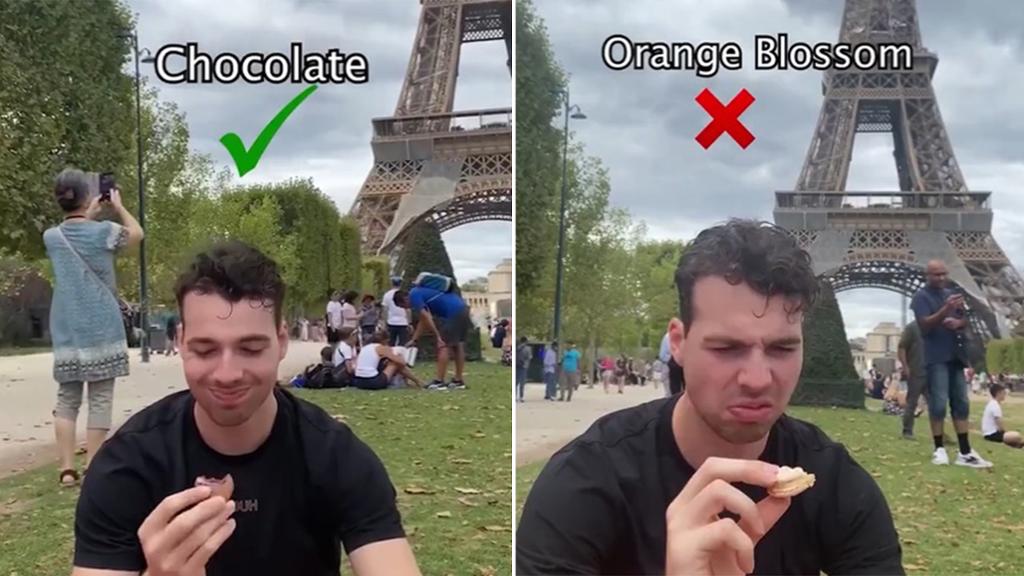 Filip Chytil knows how to do Paris right.

Chytil attempted to guess the flavors of the colorful desserts in a new video posted by the Rangers on Twitter.

Chocolate, salted caramel and lemon flavor macarons were easy for Chytil to guess.

Orange blossom and rose were not only hard for Chytil to guess, they also did not pass the taste test.

“The last one is the worst one,” Chytil said after taking a bite of the rose flavored macaron and shaking his head. “Lavender or something… No.”

It looks like Chytil will be sticking with the basic flavors.