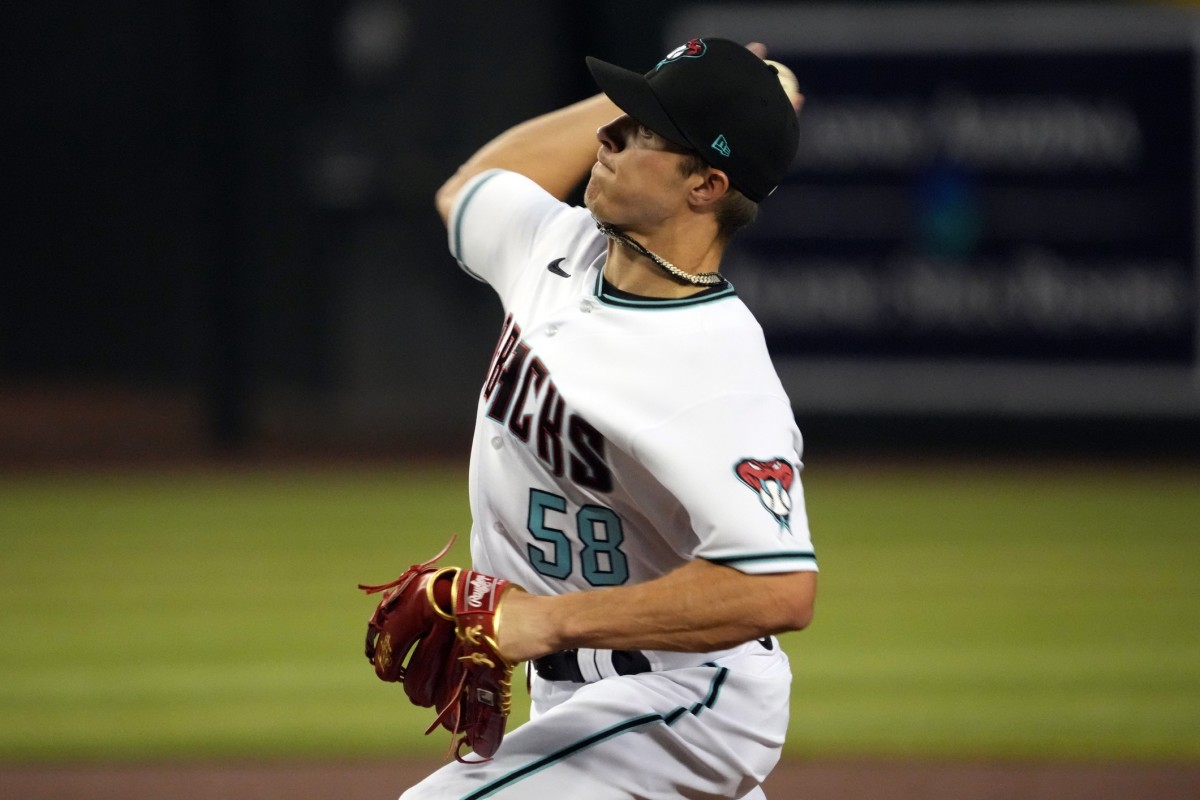 In his Major League debut, Drey Jameson showed why he’s one of the top pitching prospects in the Diamondbacks system. The rookie right-hander threw seven shutout innings in a 4-0 D-backs win. Jameson held the Padres to just two hits and one walk while striking out five for his first career win. Jameson was very efficient, needing only 90 pitches to get the job done.

It’s the second time this month that a D-backs pitcher threw seven shutout in his MLB debut, tying a franchise record. Ryne Nelson achieved the feat back on September 5th, also against the Padres. Since the start of the 2021 season, D-backs rookies have had a habit of impressive first career starts against the Padres.

Jameson was locked in with catcher Carson Kelly from the get-go. The game plan was to utilize both his 4-seamer and sinker to aggressively attack the Padres hitters, resulting in 10 ground ball outs. He mixed in some sliders and changeups to great effect, to keep the Padres guessing all night. Jameson not only showed the ability to keep the game flowing with five one-two-three innings, but also the ability to stay calm under pressure and pitch out of trouble.

With one out in the second, Josh Bell walked and Brandon Drury singled up the middle. It didn’t matter as Jameson struck out Ha-Seong Kim and Trent Grisham to finish the inning. The rookie was tested again in the fifth, when Drury lined a leadoff double against the left field wall. Jameson was able to get out of the jam with a weak flyout to center and two groundouts. He finished the game strong by retiring the final nine batters faced.

Discussing Jameson’s debut, manager Torey Lovullo credited his pitching coaches and Minor League development staff for helping Jameson reach his point. Lovullo said “He stood on the mound with poise, commanded his pitches, and he deserves all the credit but there were a lot of teachers behind the scenes that gave him great advice and prepared him for this day.”

The D-backs hit three solo home runs in support of Jameson. Ketel Marte, who entered the game batting .173 in his last 36 games, homered off Sean Manaea in the fourth. Marte had two hits and a walk on the night, with both hits recording an exit velocity of at least 109 MPH. Prior to the game, Lovullo spoke about how the coaches were working to help get Marte turned around. Emmanuel Rivera and Carson Kelly joined the home run parade. Christian Walker drove home the D-backs 4th and final run with an RBI single to center in the 8th.