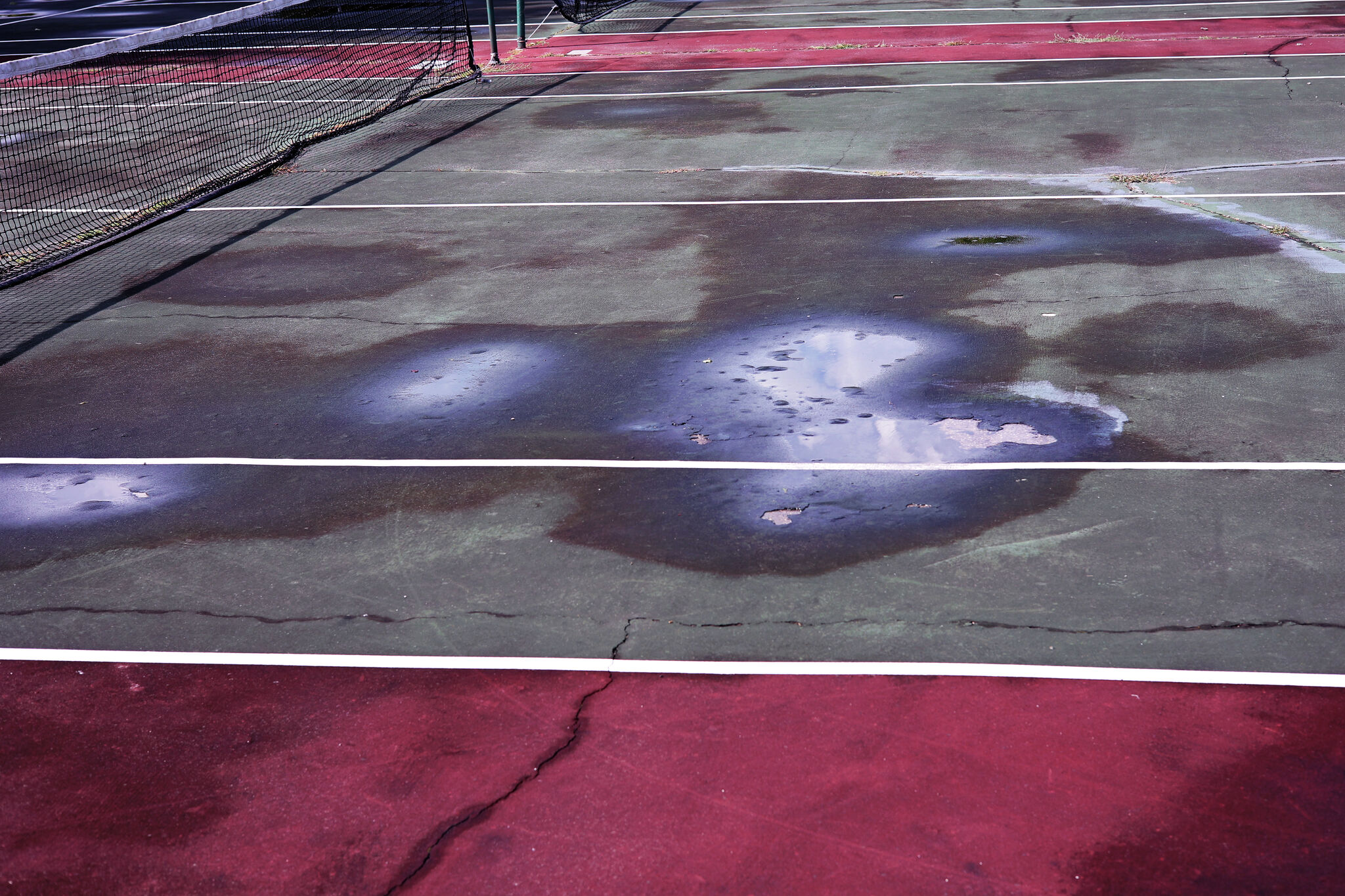 MANISTEE — Debate will continue on what to do with the tennis courts at Sands Park in Manistee.

No decision was made in regards on whether to restore or remove the tennis courts from Sands Park during Monday’s Sands Park Control Board meeting.

One thing was made relatively clear though, it would be more cost-effective to remove the tennis courts than to renovate them.

Jeff Mikula, Manistee department of public works director, said it would cost around $9,000 to remove them. It would cost over four to five times as much to replace or restore them.

“So, probably for the past 14 years, I have personally been working to try to upgrade those tennis courts at Sands Park — in my previous capacity as the city’s engineer of record and then also since I’ve been employed by the city,” Mikula said. “During that time, there have been three different engineering firms that have looked at the tennis courts, including Wade Trim, Abonmarche and most recently was (the) Spicer Group, and all of them had the opinion that the cost to surface the tennis courts is in the $40,000 to $50,000 range and that the life span of that repair would be very, very short because of the base conditions.”

However, other people at the meeting, including City Manager William Gambill and Sands Park Control Board member Jermaine Sullivan said they still want to look into the possibility of re-purposing the tennis courts or finding a lower price than the previous firms that Mikula mentioned.

Gambill said that if it remains possible to salvage the courts, he’d like to look into other firms that may have another opinion. He said that when he was a city manager of St. Clair Shores, he had worked with some firms to resurface tennis courts and was able to get a more reasonable estimate.

“At the previous place I worked, we redid some courts and it was just kind of those cracks. It was like (a) tape and epoxy (job). I’m pretty certain that it wasn’t that expensive and I think it might be worth taking a look at this,” Gambill said.

Another suggestion would be transforming the tennis courts into pickleball courts, which have become very popular in Manistee County and across the country.

Another meeting on the Sands Park Tennis Courts will be held near the end of the year — after Gambill does some research on bids to resurface the courts.