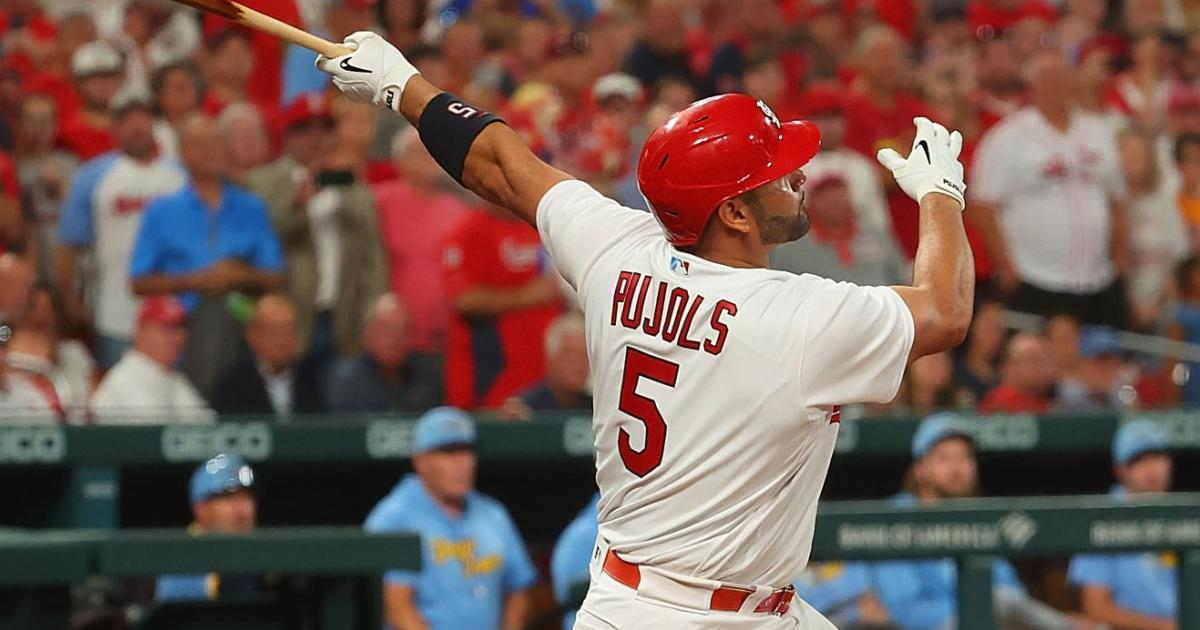 Baseball is lucky to see two home run chases happening in 2022. Not only is Aaron Judge looking to become the first player since 2001 to hit 60 home runs in a year, but Albert Pujols is trying to become the fourth player in MLB history to hit 700 homers in a career.

To close the net a little tighter, Pujols would join Hank Aaron as the only players in history to have 700 home runs and 3,000 hits, not to mention the only members of the 700 club to not have a 50-home run season in their entire careers.

Given Pujols is retiring after this season, fourth will be where he ends up at the end of his career, as he won’t be catching Babe Ruth’s 714 before the year is out.

Barry Bonds became the all-time home run leader in his final year in 2007, hitting No. 756 on Aug. 7 against Michael Bacsik. He would finish with 762 homers, seven ahead of Aaron.

Before Aaron shattered his record, Babe Ruth was the lone member of the 700 club with 714 career homers.

Pujols has become one of MLB’s most prolific platoon hitters in the second half of the season. He has 12 home runs since the All-Star break and an OPS of over 1.000. He’ll have ample opportunities to hit the final two homers needed to join the hallowed 700 club as the Cardinals close out their season.