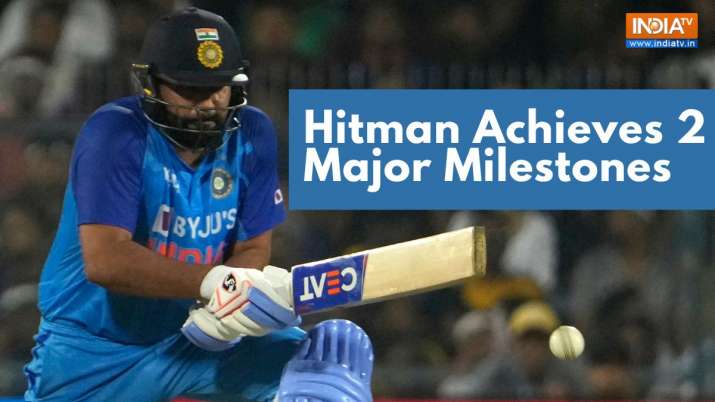 In the second match of the three-match T20I series on Sunday, Rohit Sharma registered a series of records in his name. In the match, which was played in Guwahati, skipper Rohit reached two major milestones. After winning the first match by eight wickets, Team India won the second match by runs and clinched the series.

Records Galore For The Hitman

It is the first time that India won a T20I series against South Africa on home soil. As a result, Rohit Sharma became the first skipper ever under whose captaincy India won their first T20I series against the Proteas on home soil. Apart from this, Rohit Sharma achieved another feat. He became the first Indian captain to score 500 runs in T20Is in a calendar year. In the match, Rohit scored 43 runs off 37 balls.

Also Read: Dinesh Karthik’s stats in 20th over in T20s

Earlier, after scoring 19 runs, Virat became the fastest to reach 11,000 T20 runs in just 354 matches. Only three other players in the world have reached the 11,000-run mark. In the match, Kohli smashed 49 runs off 28 deliveries with seven boundaries and a six.

He is the first Indian to reach the feat. Rohit Sharma is the second Indian to score most runs in T20 matches followed by Shikhar Dhawan.

Following are the T20 runs of Rohit and Shikhar:

Following is the list of international players with most runs in T20 matches :