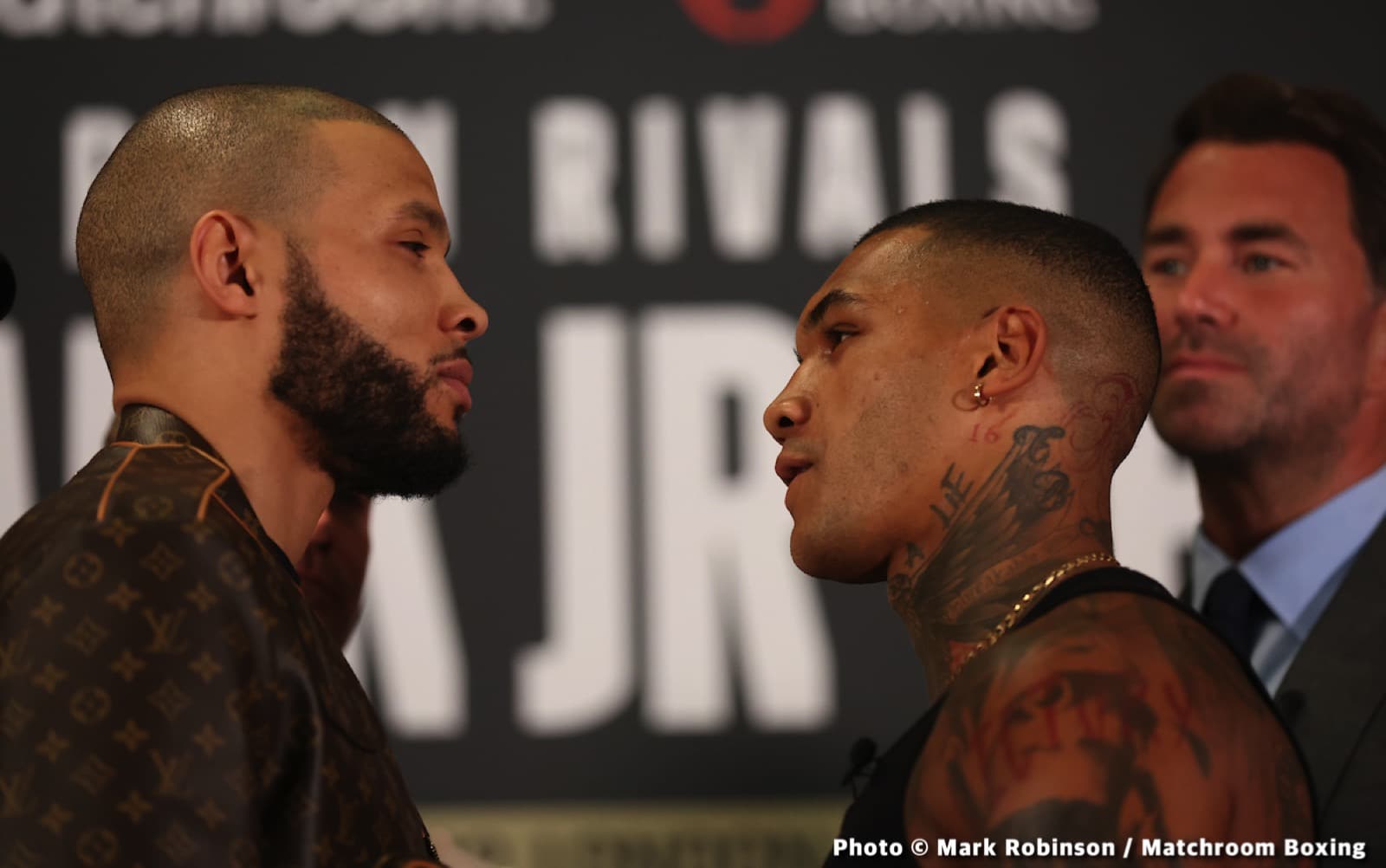 By Barry Holbrook: Eddie Hearn thinks Chris Eubank Sr is being “stubborn” about his comments on wanting to boycott the Chris Eubank Jr vs. Conor Benn on Saturday night at the O2 Arena in London.

Eubank Sr isn’t happy about the 157-lb catchweight because his son has to melt down three pounds to fight at a weight that he’s never made. He thinks that’s dangerous.

“I think he’s very stubborn. He made some comments a couple of weeks ago about the weight,” said Eddie Hearn to iFL TV about Chris Eubank Sr wanting to boycott the Conor Benn fight.

“Don’t forget, Eubank Sr knew about this fight. He knew about the weight, and Chris Jr signed for the fight. There wasn’t any major concerns then.

“At the same time, he has concerns about the weight, and Junior is out there dining out with KFC, cookies, cakes, etc. The people who are the ground that are involved with the camp. Ronnie Davis, the British Boxing Board of control, they’ll be weighing him are all happy with the numbers.

“So, I don’t really see the concern. The bigger danger, in all honesty, is with Conor Benn. This is a 147-pounder, who is coming up to 157 pounds that rehydrates to 167 pounds. He’s at a massive disadvantage, but there has to be a middle ground.

“Whenever there’s a fight like this, there has to be a middle ground that’s fair. I truly believe both parties have found that ground. I think he [Eubank Jr] weighed 159 pounds for his last fight. So, he’s really coming down two and  bit pounds from the weight he just made.

“So, it’s going to be tough. Chris Eubank Jr has 36 hours to rehydrate from the weigh-in. Senior, of course, he has his opinion, and he’s also stubborn. Once he has an idea, he’ll run with it all week, and then he’ll probably pop up at the O2.

“He’s not fighting. Chris Eubank Jr is fighting. He has people promoting him, advising him, and representing him to do that job. Junior knows the game. He knew what he signed up for.

“Junior says he’ll make the weight easy and ‘knock him out when I want to.’ You got to make the weight first, but he’ll look a little silly if he doesn’t. We’ll see what happens,” said Hearn about Eubank Jr.