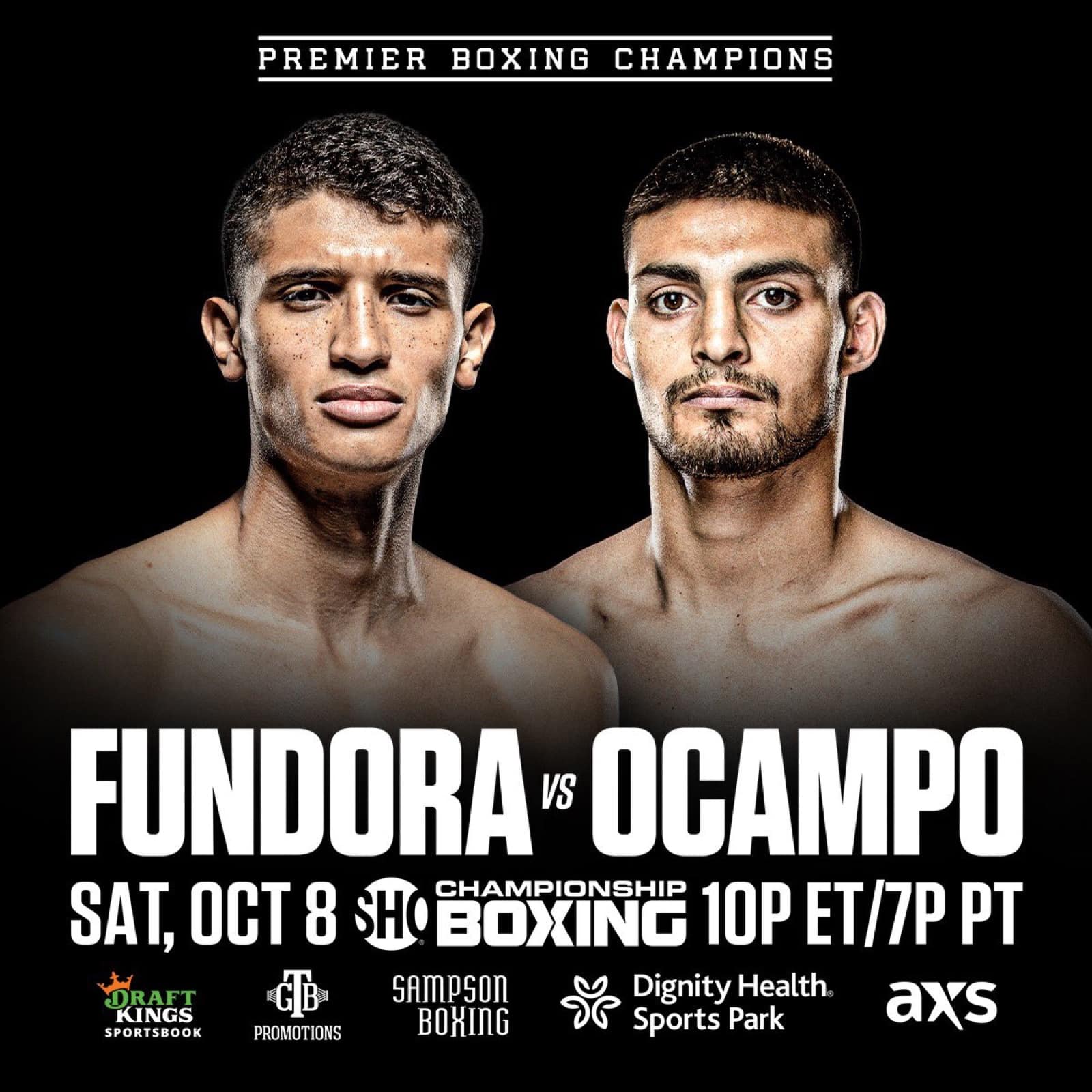 By Dan Ambrose: Sebastian ‘The Towering Inferno’ Fundora will be defending his interim WBC junior middleweight title against Carlos Ocampo this Saturday night, October 8th, on Showtime at the Dignity Health Sports Park, in Carson, California. The televised portion of the event kicks off at 10:00 p.m. ET.

The 6’6″ Fundora (19-0-1, 13 KOs) hopes this is his last fight before challenging for a world title against undisputed junior middleweight champion Jermell Charlo.

Fundora is coming off ninth round stoppage win over Erickson ‘The Hammer’ Lubin last April in a war. That was a fight that saw both fighters hit the deck.

Oscampo (34-1, 22 KOs) has looked good lately, winning his last 12 fights since being obliterated by Errol Spence Jr by a first round knockout in 2018.

“Of course,” said Sebastian Fundora to Boxing with Chris Mannix when asked if he could make 147 if he had to. ” But right now, I want to take my chance to win a belt at 154 because that’s what I’ve been doing my whole career.

“I just think it’s the metabolism and the training on top of that. We’re always sweating. My metabolism is really fast. I eat healthily, but if I can, I’m going to sneak in a couple of cheeseburgers.

“We’ve matured. I was still 20 years old when I fought Clark. I still think I won that fight, of course. We were still young. A lot of fighters that are 20-years-old, they’re still fighting people 0-3, barely having any fights. They’re barely having six-rounders, and we’re having 10-rounders.

“We’re maturing now. We’re now 25 and ready to fight for a title. Everything is lining up now. We’ll see what he does after this fight, but hopefully, we do get the fight with him,” said Fundora about undisputed junior middleweight champion Jermell Charlo.

“I’m not him because there’s the business part of boxing, but we do want to fight him because right now, he’s considered the best at 154, and I’d like to have that title for myself.

“I don’t know. A 6’6″ guy is pretty crazy in the weight class,” said Fundora when asked if he would fight himself if he were Charlo. “With my mentality, yeah. I like to fight everybody.”