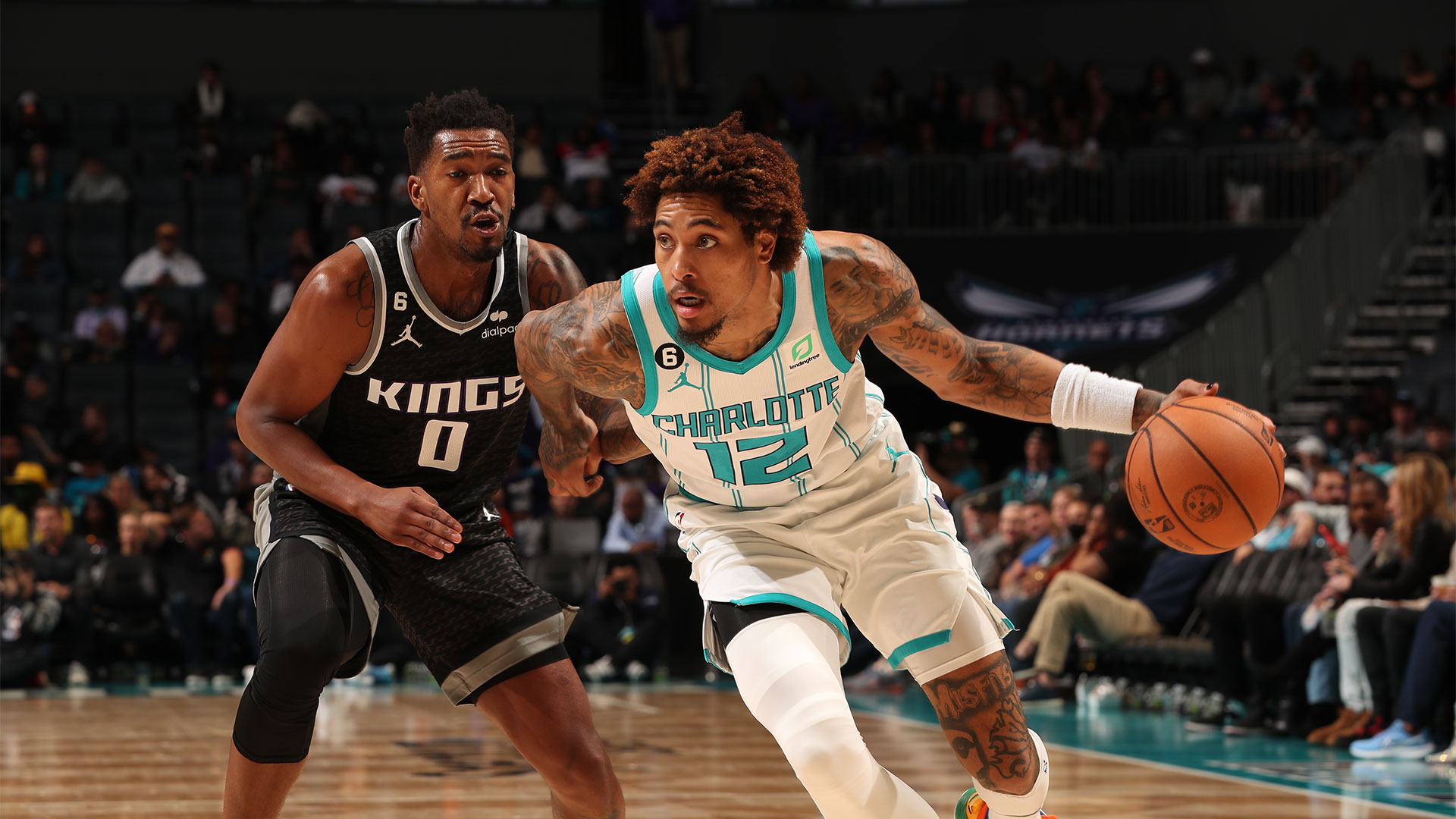 A spectacular first-half showing by the Charlotte Hornets was immediately wiped out by one of their worst quarters of the young season on Monday night, leading to a 115-108 home loss to the visiting Sacramento Kings at Spectrum Center.

The defeat spoiled another sensational performance from PJ Washington, who finished with 28 points on 12-of-21 shooting, three 3-pointers, five rebounds, three assists and two blocks. This marks the first time in his NBA career that Washington has notched consecutive 25-point games after pouring in 31 two nights ago against the Warriors.

After Charlotte closed the second quarter on a 15-4 run to take a 15-point lead into halftime, Sacramento used a 20-1 run of its own and 15 second-chance points in the third quarter to turn the tables and enter the fourth holding an 89-85 lead. The Hornets re-found their footing to make it a back-and-forth game in the closing minutes and eventually tied the game at 108-108 with 1:39 remaining. Davion Mitchell responded with a pull-up 3-pointer and after empty possessions by both sides, a Charlotte turnover led to game-icing Mitchell jumper.

“In the third quarter, it was just a combination of the turnovers, many of which were unforced, and the fouling,” said Hornets Head Coach Steve Clifford following the loss. “You’re not going to win fouling like that. Every drive we fouled. Every time we had a chance to either make a smart play and contest or slap down, we slapped down. You just can’t win like that. We probably gifted them 10 to 12 free throws tonight. If we turn the ball over 21 times and foul like that, it’s going to be hard to win”

Twelve of these 21 turnovers came in the second half, leading to 20 Kings points. Sacramento also attempted 14 more free-throw attempts (28-14) than the hosts, who racked up a season-high 26 personal fouls, 15 coming over the final two quarters of play.

Added Washington, “[The Kings] were the more aggressive team coming out in the third quarter. They got into us, didn’t let us get into our offense, made things tough on us and on the opposite end, we didn’t do the same thing to them. So, we lost the game in the third quarter today for sure.”

Dennis Smith Jr. stuffed the statsheet again for Charlotte with 15 points on 7-of-13 shooting, seven rebounds and game-highs in both assists (8) and steals (6). Mason Plumlee doubled-doubled with 12 points and 10 rebounds and reserve Jalen McDaniels added 13 points on 3-of-4 shooting from 3-point range.

Despite losing star point guard De’Aaron Fox to a knee injury in the second quarter, Mitchell, who came into the game with a season-high of seven points and shooting 17% from 3-point range, exploded for 23 points and nailed a career-best five 3-pointers off the bench. Kevin Huerter was right ahead of him the scoring column with 26 points, 19 of which came in the second half.

Coming up next for the Hornets will be another short two-game road trip, starting with the Chicago Bulls on Wednesday, Nov. 2 beginning at 8 PM ET. Follow all the action on Bally Sports Southeast and WFNZ FM 92.7.