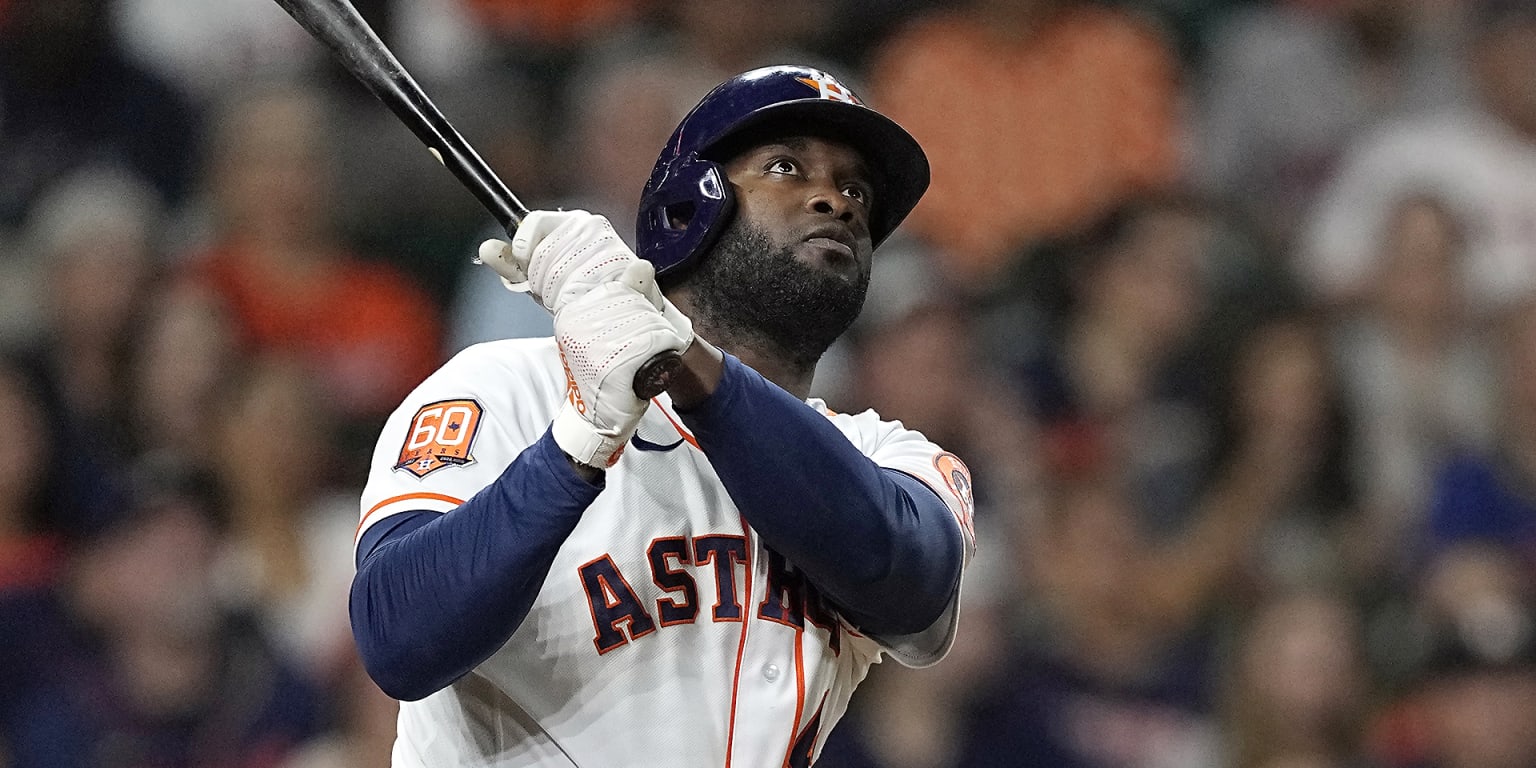 Yordan Alvarez now has to face Ranger Suárez, the Phillies’ one lefty starter, in Game 3 of the World Series instead of Game 4 … and that means potentially in a Game 7, too. You’d think that would be an edge for Philadelphia — more opportunity to neutralize the Astros’ most dangerous hitter with the platoon advantage.

Split data is complete back to 1974. In that time, the only left-handed hitter better against left-handed pitchers than Alvarez is Barry Bonds. Go back further, using the stats we have, and the only other hitters better than Alvarez are Babe Ruth and Lou Gehrig. Alvarez comes in ahead of Ted Williams, Tris Speaker, Stan Musial and Larry Walker.

How does he do it? Here’s what makes Alvarez so good against left-handers.

Check out Alvarez’s numbers in 2022 against left-handers’ secondary stuff — the curveballs, sliders, changeups and splitters that are supposed to strike you out.

And Alvarez makes more dangerous contact against those lefty-lefty secondary pitches than anyone. Against lefty breaking balls and offspeed pitches, over 17% of Alvarez’s plate appearances have ended with him barreling the baseball — that means hitting the ball with the perfect exit velocity and launch angle for an extra-base hit or home run.

Alvarez barreled the ball over 4 1/2 times as often as MLB lefties overall when he saw breaking balls and offspeed pitches in lefty-lefty matchups.

In other words, if you’re a lefty, and you throw Alvarez your nastiest curveball or slider, or try to sneak in a left-on-left changeup, in the hope of getting him to whiff, there’s a high chance that Alvarez is just going to slug that pitch for extra bases. That means runs coming home if there’s anyone on base. You need to execute perfectly down-and-away to have a chance.

So you might try to attack him with your heater. Except …

He doesn’t miss against lefties’ fastballs.

The problem for left-handed pitchers like Suárez is, if you go after Alvarez with breaking stuff, you’re risking a lot of damage. But if you go after him with fastballs, he’s going to make contact — and it’s likely going to be hard contact.

When a lefty throws him a fastball, Alvarez only swings and misses 16.8% of the time. And if that lefty leaves that fastball in the strike zone — like Ray on Alvarez’s home run — he makes contact 88.8% of the time. That’s nine out of 10 swings.

And when Alvarez makes contact with a fastball from a left-hander, he rips the ball. Look no further than the 116.7 mph home run off Ray.

Alvarez’s average exit velocity against lefty fastballs this season was 97.1 mph. Over two thirds of his batted balls were hard-hit, meaning 95 mph or harder off the bat. Alvarez hit those fastballs harder than any lefty in the league this season — topping the leaderboards over the Phillies’ star lefty bats.

Alvarez’s combination of slugging against secondary pitches and hard contact against fastballs means that if you’re a lefty facing him, you’re caught between a rock and a hard place.

It’s hard to stop him from getting a hit against a fastball unless you can get him to chase, and it’s risky to throw him a breaking ball knowing that if your location isn’t pinpoint, he’s going to drive in runs. It will make his battles with Suárez a must-watch World Series matchup.