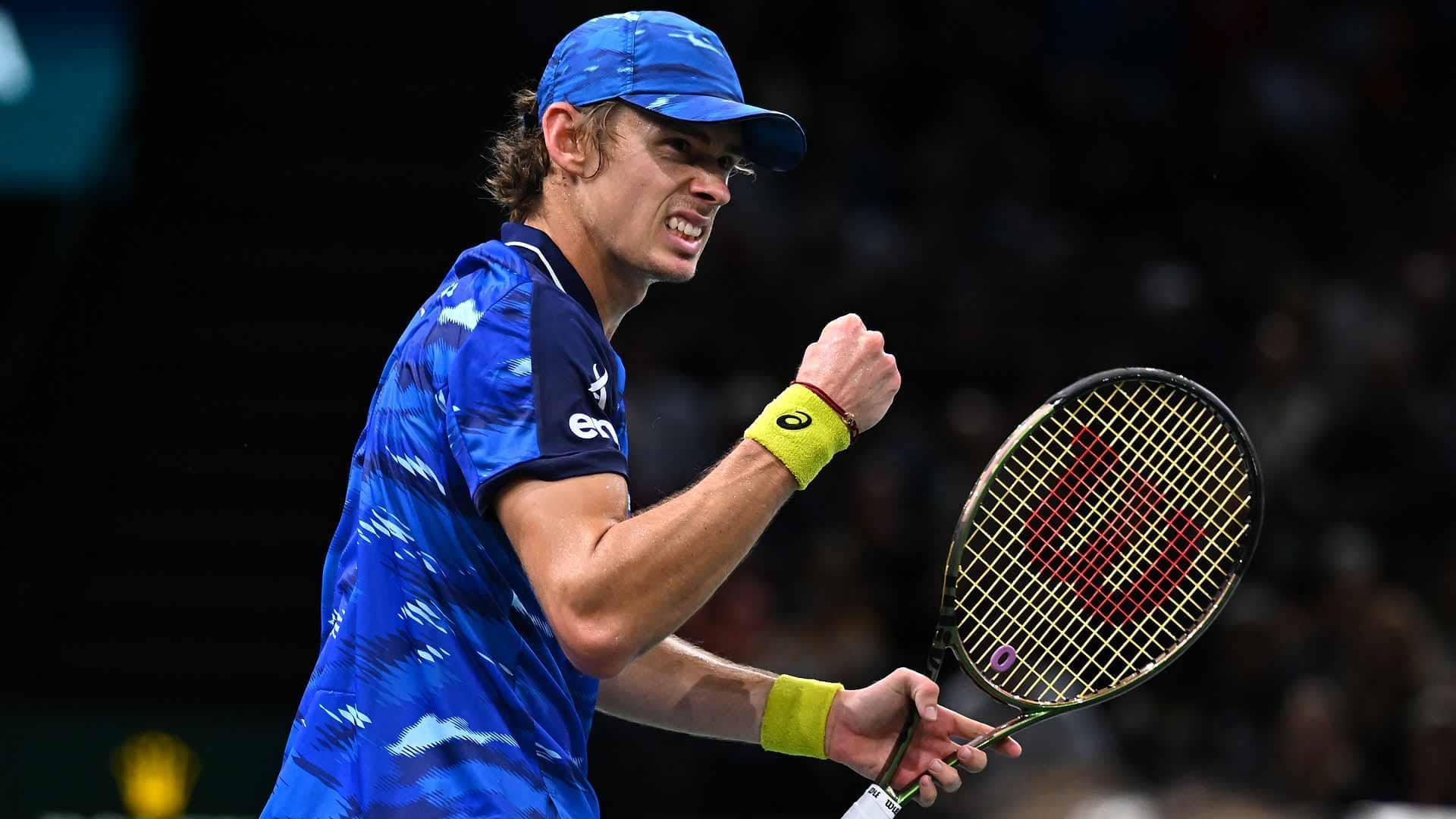 Down an early break in the third set against Daniil Medvedev on Wednesday at the Rolex Paris Masters, Alex de Minaur appeared to have let his early momentum slip.

Yet the Australian hung tough to roar back and clinch a dramatic 6-4, 2-6, 7-5 second-round upset in style at the ATP Masters 1000 event in France. De Minaur wore down the 2020 champion and 2021 finalist Medvedev with a combination of relentless retrieving and nerveless serving at big moments, saving 12 of 15 break points he faced.

De Minaur rallied from 0-2 in a topsy-turvy final set before he let slip two match points in an epic 10th game. Despite that disappointment, he was again aggressive on return at 6-5 and a Medvedev double fault on match point at 30/40 confirmed the biggest win of the World No. 25’s career.

The win against World No. 3 Medvedev was De Minaur’s first in 19 attempts against a player ranked in the Top 5 of the Pepperstone ATP Rankings. With the victory, De Minaur equalled his best showing in Paris, where he also reached the third round in 2019 and 2020.

Some trademark De Minaur defence had earlier clinched the first set for the Australian, who scrambled to put up a high ball on set point at 5-4, 30/40 before the fourth seed mishit the smash long. Although Medvedev upped his level to claim the second set and surge ahead in the third, De Minaur dug deep to prevail in a thrilling two-hour, 46-minute encounter.

Joining De Minaur in the third round is Stefanos Tsitsipas, who kick-started his Paris campaign with a comfortable 6-3, 6-4 second-round win against Daniel Evans.

It was a Tour-leading 58th win of the season for the 2019 semi-finalist, who was pleased to return to winning ways in Paris after being forced to retire from his second-round match against Alexei Popyrin a year ago.

“I was really looking forward to going out there and playing a proper match,” said Tsitsipas after the match. “Not great memories from last year but I was trying to give it another go this year. I’m happy with the way I played, I’m happy with the level of tennis I brought when I had to and [it was] a great start.”

Tsitsipas broke Evans in his opening service game in both sets in Paris and did not relinquish his advantage in either as he struck 28 winners, including eight aces, in an 80-minute win. The Greek now leads the Briton 4-0 in the pair’s ATP Head2Head series, with all of those victories coming in straight sets.

The World No. 5 will next face 12th seed Cameron Norrie or home qualifier Corentin Moutet in Paris as he continues his bid for his third Masters 1000 title.