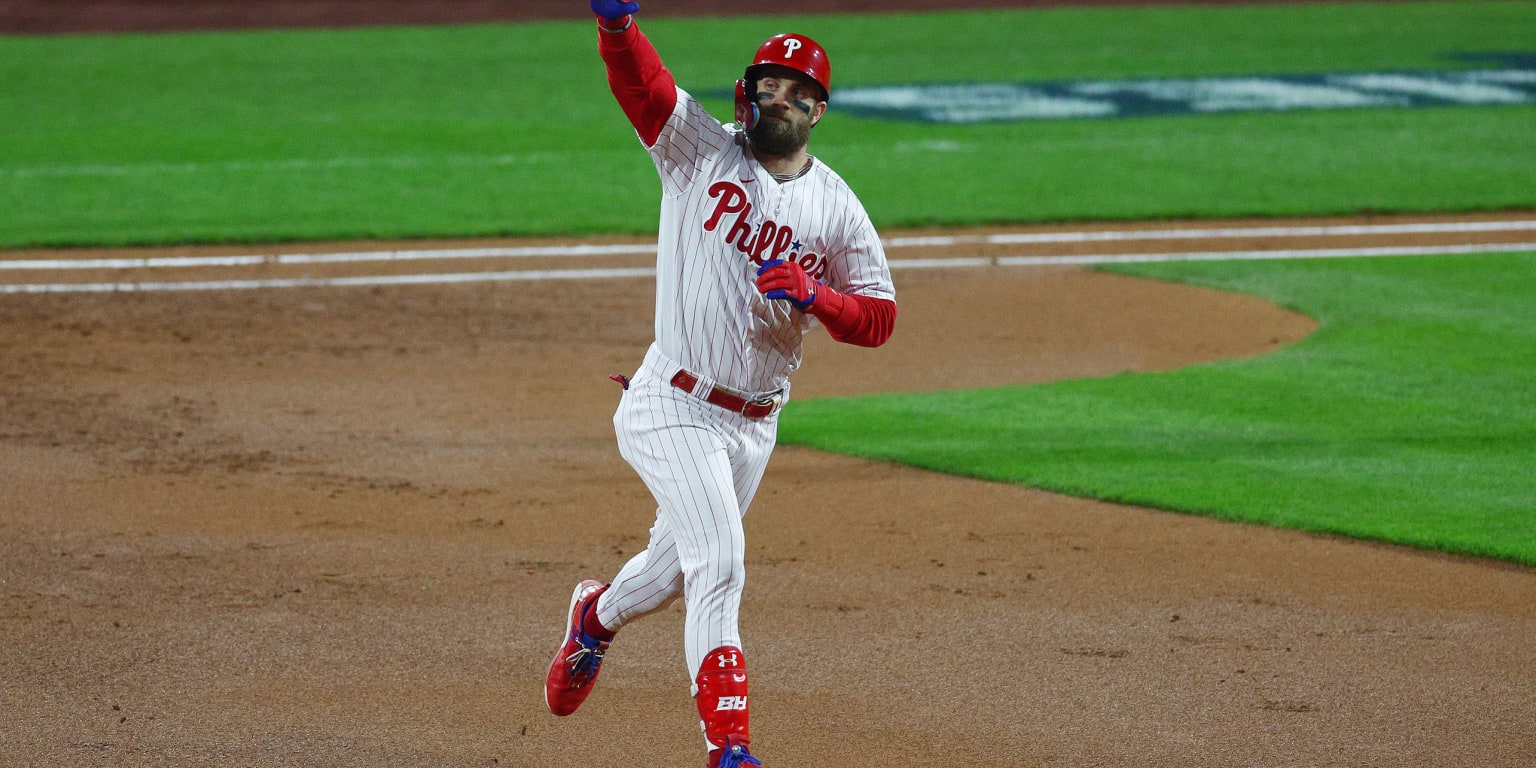 PHILADELPHIA — Bryce Harper has homered so often this postseason that it’s becoming a predictable occurrence.

Harper teed off for a two-run homer off Astros starter Lance McCullers Jr. in the first inning of Game 3 of the World Series on Tuesday night at Citizens Bank Park — and FOX broadcaster John Smoltz called the entire sequence before it happened.

“I’ll be kind of shocked if Bryce is not going to the plate sitting on a breaking ball,” Smoltz said as Harper stepped to the plate with a runner on first and two outs. “At some point, McCullers has to throw him fastballs to keep him honest, but Bryce is so good against offspeed, and we know he likes to swing early and swing big. If he stays on the breaking ball and gets one in the middle of the plate — loud noise.”

Sure enough, Harper pounced all over a hanging curveball right down the middle, sending a 402-foot shot into the right-center-field seats to open the scoring.

“I was just trying to get a good pitch over the plate,” Harper said on FOX. “We faced them late in the year, the last time we went back to Houston during the year, and I saw him pretty well. But he’s really tough. He’s got that good slider, he’s got that heater that he throws as well. It’s a really good team over there, so you want to be able to strike first. And to get [up] 2-0 is huge and we’ve just got to keep going.”

Harper has hit four of his six home runs this postseason at Citizens Bank Park, where he was hitting .455 (10-for-22) with seven extra-base hits and 11 RBIs following his first-inning homer in Game 3.

It’s no wonder Smoltz saw this one coming.