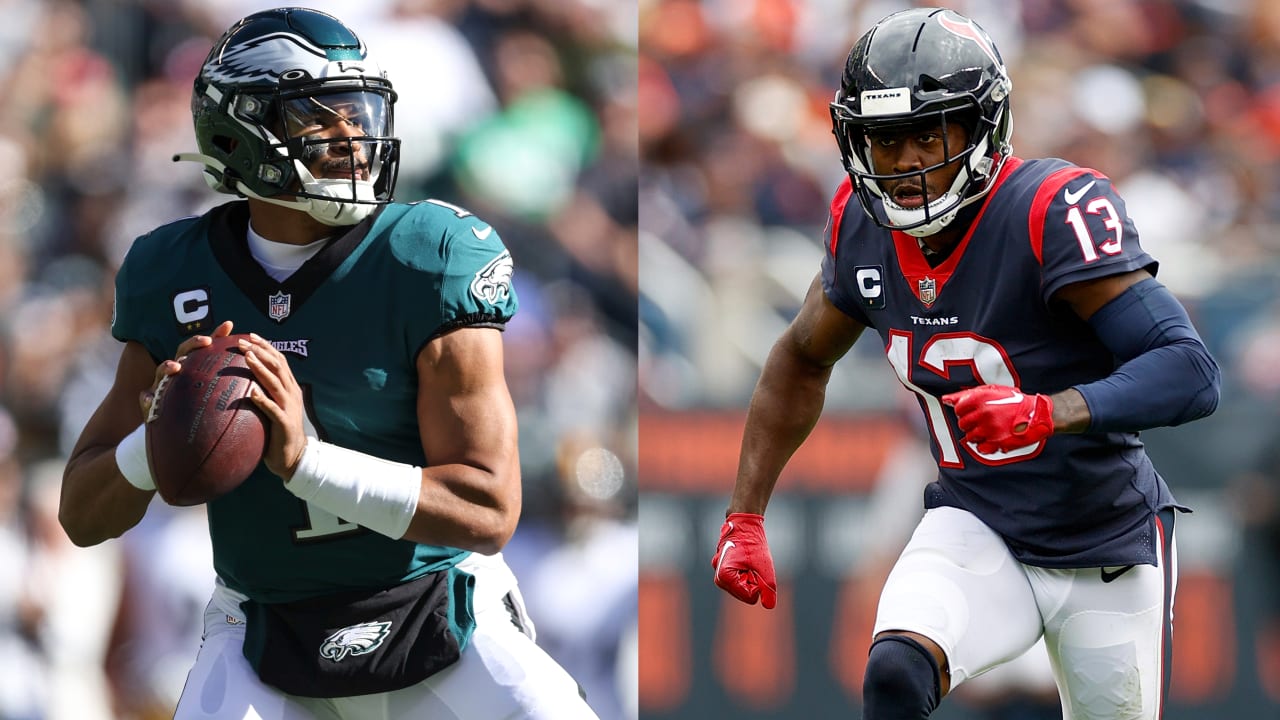 The Eagles will be going for franchise history on Thursday in Houston: the first 8-0 record in the history of the team.

The last time Philadelphia started 7-0 it ended up in Super Bowl XXXIX, losing to the Patriots. This year’s team has shown so far that it too could end up making a big run this season.

Jalen Hurts is now in the MVP discussion, and he’s won his past 10 starts — the longest streak by an Eagles QB since starts were recorded in 1950, per NFL Research.

The 1-5-1 Texans could be overmatched if they don’t play a lot better. Their offense has produced 116 points in seven games so far; that’s fewer than the Eagles have scored in second quarters alone this season. Last week, the Texans were below the 100-yard mark offensively until the final drive of the game in a 17-10 loss to the Titans.

Houston also hasn’t provided much of a home-field advantage for the Texans, either. They are now 4-15-1 in their past 20 games at NRG Stadium. The Eagles are 3-0 on the road this season and have won nine of their past 12 on the road, dating back to last season.

One more daunting bit of history for the Texans, as if they needed the bad-news pile-on: They’re 0-5 all-time against the Eagles.

Will this be yet another showcase game for Hurts and the Eagles? Or can the Texans spring a surprise showing in a short week, coming off one of their worst games of the season?

Whatever happens, it will be a monster night for Philadelphia and Houston sports. Monday’s World Series rain delay means the Philadelphia Phillies will take on the Houston Astros in Game 5 in Philly, with first pitch coming roughly 12 minutes before the Eagles and Texans kick off in Houston.

Here are four things to watch for when the Eagles visit the Texans on Thursday night on Prime Video: