‘If I did, this would be the week’ 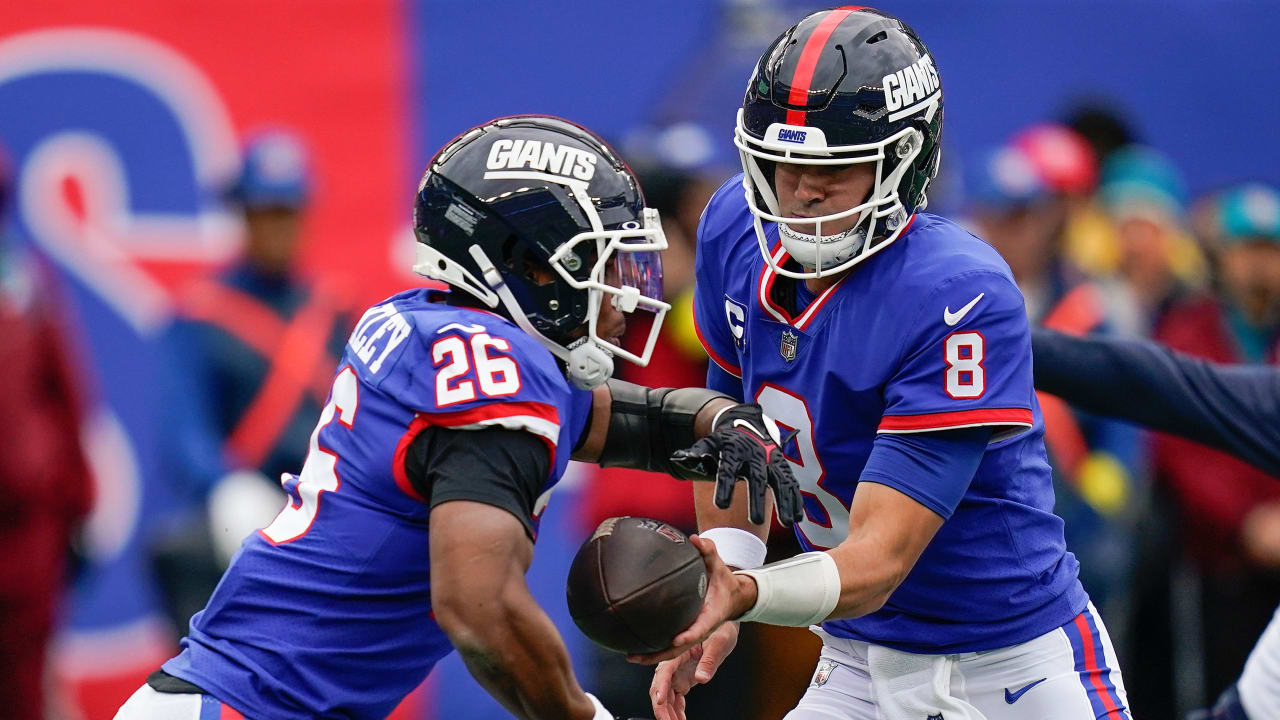 The first year of New York general manager Joe Schoen’s rebuild has gone swimmingly as the Giants sit at 6-2 entering their Week 9 bye. However, big decisions remain on the horizon.

Two key players to the Giants’ surprising start, running back Saquon Barkley and quarterback Daniel Jones, are in the final years of their rookie contracts, heading toward free agency in 2023.

Schoen noted following Tuesday’s trade deadline that he’s open to extending one or both players but would want to get it done while Big Blue is on its bye week.

“We’ll have those meetings this week,” Schoen said via the team’s official website. “We’ll talk about it if we want to, we’ve got to get through the trade deadline today and those conversations, then we’ll kind of circle up with some strategy meetings as we move forward on contract extensions and if we may or may not do anybody. If I did, this would be the week. I would want to entertain it during the bye week and then I probably won’t do anything after that. I don’t want anything to be a distraction to the players or organization. So, if we do something it would be probably before Monday with any of our guys, I’m not saying him, but when we have those conversations.”

Barkley has been sensational in the Giants’ first eight games, rushing for 779 yards (second-most in the NFL) and five TDs on 163 totes and adding 28 catches for 189 yards. The former first-round pick is finally over the injuries that derailed the last two seasons and looks like the star back we saw earlier in his career. How Schoen handles Barkley’s contract — both now and into the offseason — will speak loudly about his belief on paying running backs.

Things could get trickier with Jones, whose fifth-year option the club declined. The QB has played well when healthy, fitting nicely into Brian Daboll’s scheme. But has eight games convinced Schoen and the Giants he’s worth an extension that skyrockets his salary into the $20-$30 million range, the going rate for starting quarterbacks?

With just one franchise tag at its disposal, Schoen could have difficult decisions come 2023 if no extensions materialize in the coming week.