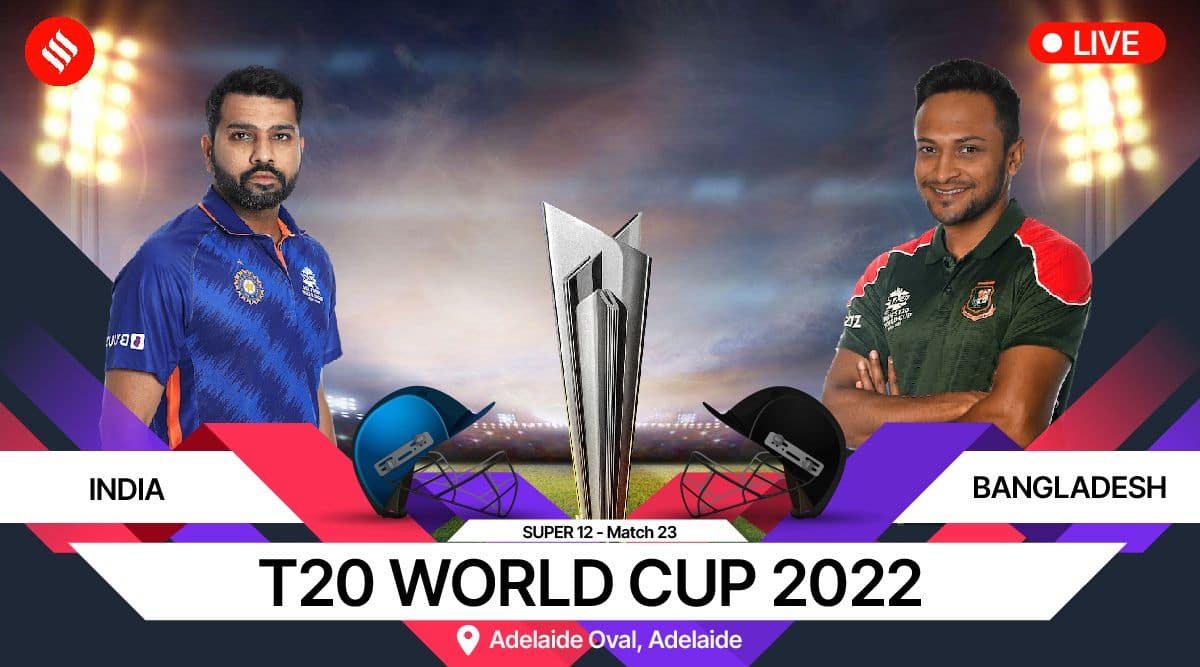 Dinesh Karthik, left, reacts as he leaves the field with an injury during the T20 World Cup cricket match between the India and South Africa in Perth, Australia, Sunday, Oct. 30, 2022. (AP Photo/Gary Day)

Wicket-keeper batsman and finisher-designate Dinesh Karthik would likely miss India’s Super 12 encounter against Bangladesh in Adelaide on Wednesday, as he has not yet recovered from a back spasm that he incurred during the game against South Africa. Though he has not been fully ruled out and came for practice here on Tuesday, Rishabh Pant is likely to replace him, The Indian Express has understood. That also means out-of-form opener KL Rahul will retain his place in the playing XI.

Karthik was injured during the back end of the South Africa game. At the start of the 16th over of the game, he was holding his back and grimacing in pain. Subsequently, Pant replaced him for the rest of the innings. Speaking on the eve of the Bangladesh game, coach Rahul Dravid said the medical team would closely monitor the 37-year-old’s injury. “He had a spasm after he jumped for the ball and landed in such a way that he felt pain thereafter. He is looking fine now and has come for practice with us. He will be undergoing a few sessions in the early morning and then we will assess his situation,” he said. (READ MORE)