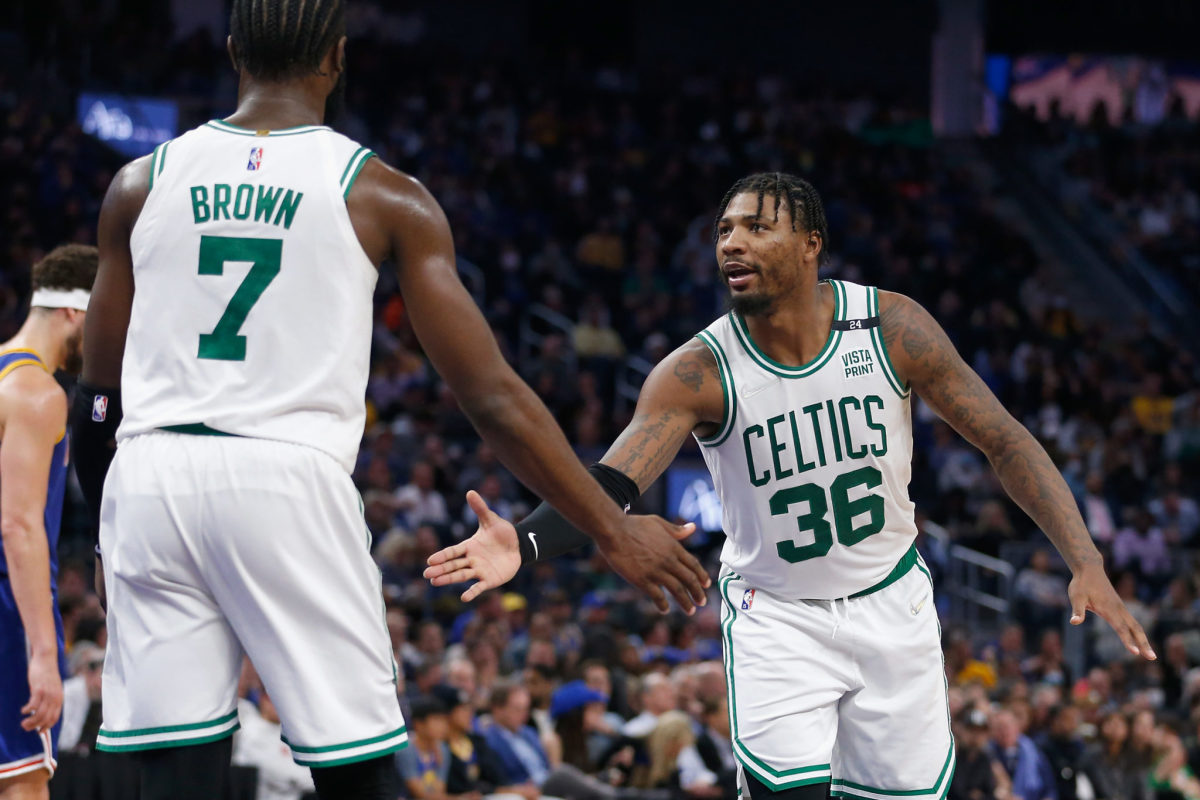 Ime Udoka is set to once again become an NBA head coach, and Boston Celtics guard Marcus Smart is not happy.

Udoka was suspended indefinitely by the Celtics before the season due to an inappropriate relationship with a female team employee. On Tuesday, after the Brooklyn Nets fired Steve Nash, it was reported that Udoka was set to take over as the team’s new head coach in the next 24-48 hours.

Smart spoke with Adam Himmelsbach of the Boston Globe on Wednesday, and expressed his displeasure with Udoka having to leave in order to get the chance to be a head coach again.

“Obviously, we wish he was here,” Smart told Himmelsbach. “We have no control over that. It definitely sucks. I guess it was deemed that whatever happened was enough for him not to be the coach here, but I guess not enough for him [not] to be a coach anywhere else, obviously.”

“His name got slandered and slaughtered and it was ‘He’ll probably never coach again,’ ” Smart continued. “And a couple of months later, now he’s possibly going to be the coach of one of our biggest rivals? It’s tough. It makes no sense.”

Smart’s comments have definitely caught the attention of the Celtics fan base.

“Brad Stevens you need to get in the locker room and start f—–g using your words to talk to your team,” one fan tweeted.

“Fantastic job by the Celtics front office!” another added.

“Good on Adam for getting this. There is room for the Celtics to communicate more with players and fans while still respecting those involved,” wrote Patch.com’s Mike Carraggi.

“It’s getting very tiring hearing stuff like this. When are we going to finally have some light shed on the situation?” another fan wondered.

“I doubt Marcus is reading thru all the news updates and such but this is the first time he’s let me down,” said one fan who wasn’t pleased with Smart.

The Celtics are off to a 4-2 start without Udoka heading into tonight’s matchup with the 5-1 Cleveland Cavaliers.

Joe Mazzulla has been serving as Boston’s interim head coach.