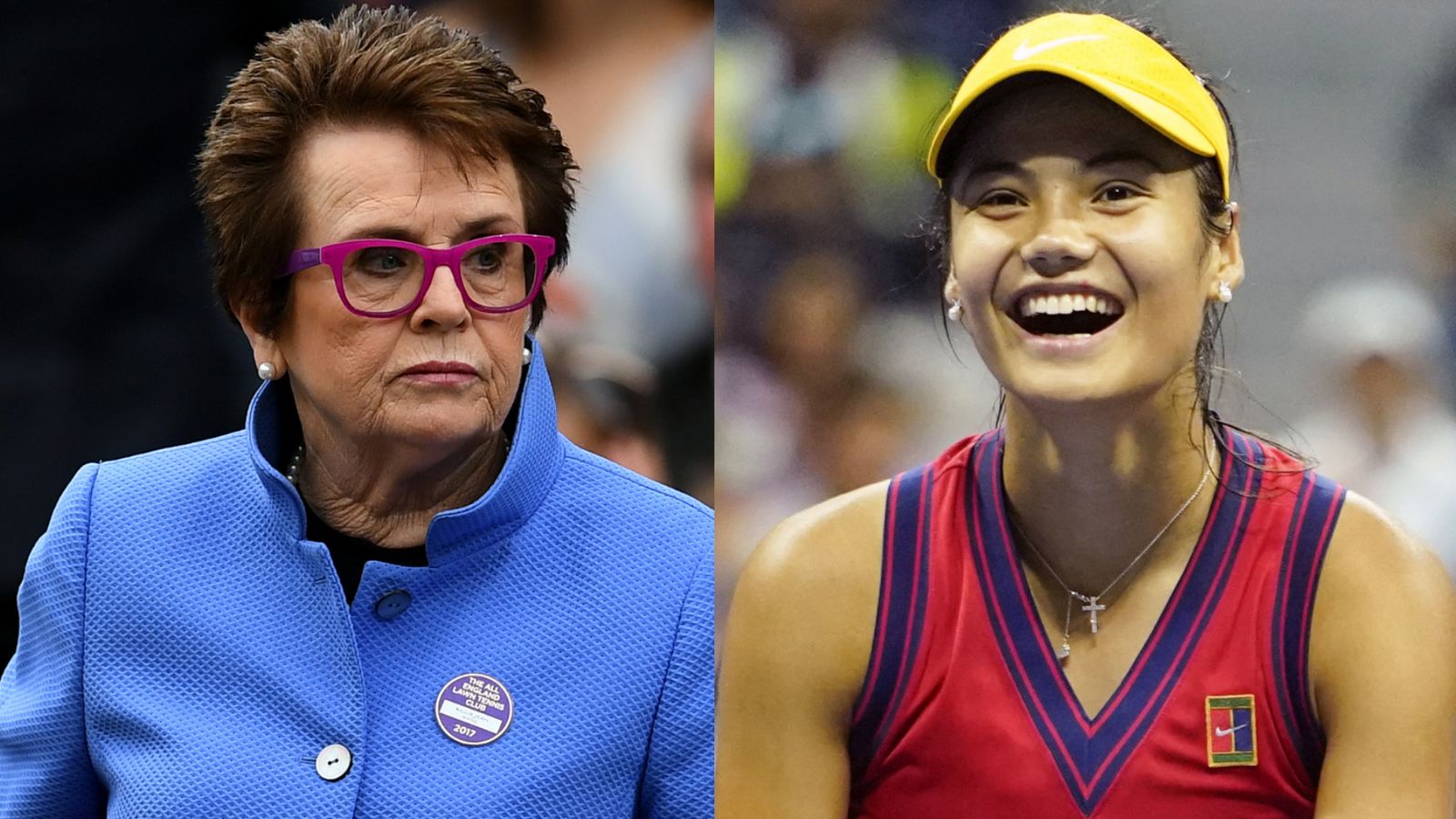 Tennis pioneer Billie Jean King says Emma Raducanu would benefit using a sports psychotherapist as she bids to regain the form that took her to last year’s US Open title.

The 19-year-old called an early halt to her WTA Tour season after a problem with her wrist last month in a year plagued by injuries.

Raducanu is now focussing on the physical work that was clearly lacking this season under the tutelage of Andy Murray’s former trainer Jez Green, with her next scheduled event set for Abu Dhabi on December 16 in a pre-season exhibition.

Raducanu, who sent the tennis world into a spin when she came through qualifying, not dropping a set in 10 matches to win at Flushing Meadows, has struggled on her first full season on the Tour.

She went out in the first round at the US Open and the second round of the other three Grand Slams. The British No 1 has also dropped to 76th in the WTA rankings having broken into the top 10 in July.

As well as injuries, Raducanu has had a succession of changes to her coaching set-up, with Dmitry Tursunov the latest to part ways with the teenager.

“Now I think that she needs to have space and time and talk to people she trusts,” King said ahead of the Billie Jean King Cup Finals which start next week in Glasgow.

“I would hope she has a psychotherapist, I think they’re very helpful in hearing yourself. I’ve been going forever. It really helped my life.”

Raducanu’s whirlwind rise to fame has inevitably placed high demands on her young shoulders and 12-time Grand Slam singles champion King said choosing the right people to have around is vital for her progress.

“I hope she gets people she can trust, who have no agenda. She needs to get away from people who have agendas, like ‘I wanna coach you, I wanna do this’ forget that,” King said.

“She needs to be herself and she’s very bright, actually very level-headed. I’m really impressed with her as a human being.”