Lomachenko, Haney And The Backtracking And Excuses Narrative 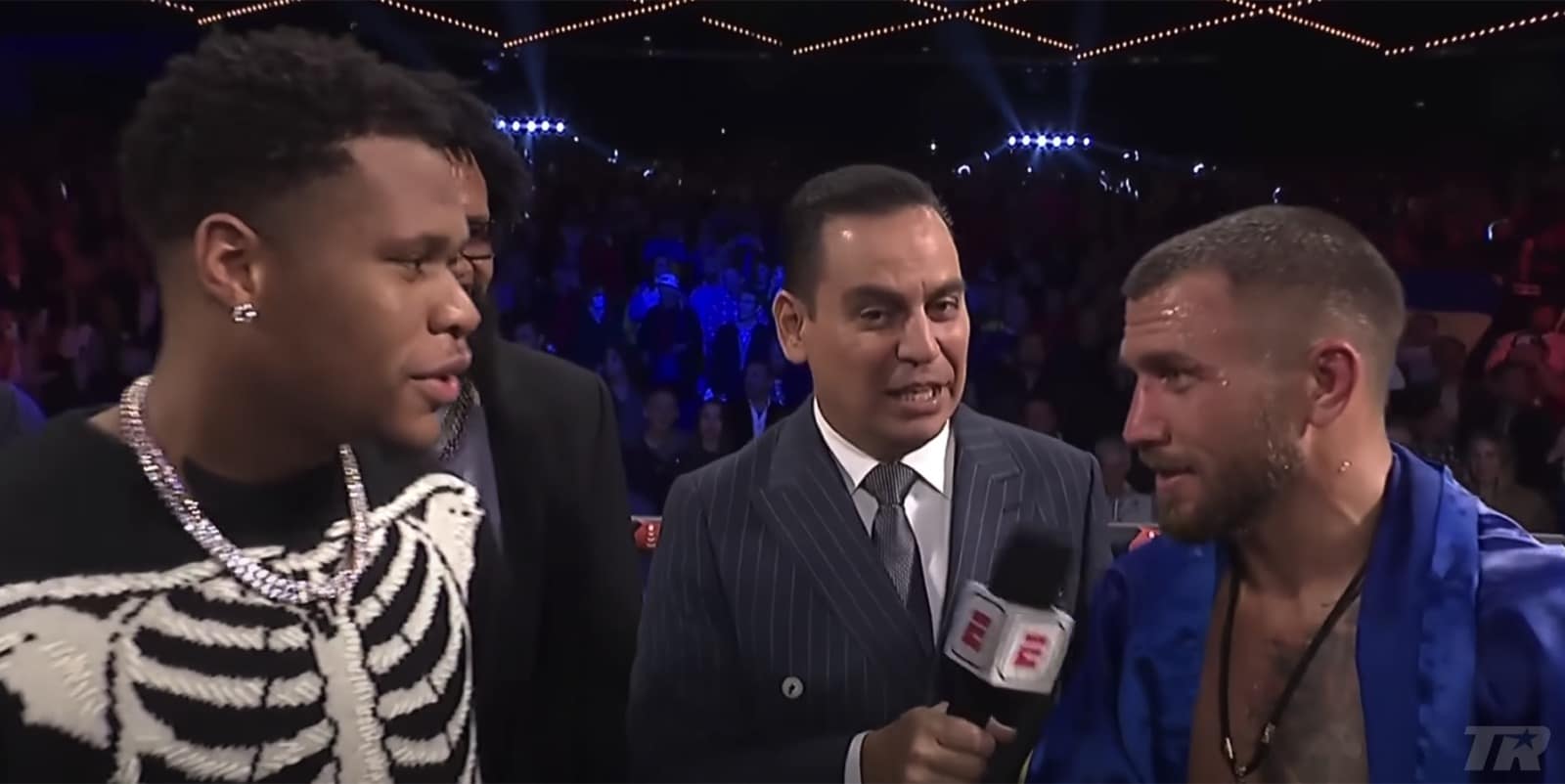 By Hector Gonzalez: Earlier this the year I attempted to explain to boxing fans that George Kambosos did not have a serious change of beating Devin Haney. To my surprise, many fans actually thought that Kambosos would beat Haney.

I even explained to them that Haney is one the least hit fighters in boxing and attempted to explain to them that Haney has one of the best jabs in boxing. I recall that many fans would reference Haney getting caught by Jorge Linares as a key indicator that a pressure fighter like Kambosos would connect on Haney.

I was perplexed by this notion, specially as I did not give Jorge Linares more than 2 rounds against Haney, in fact, besides that punch, the fight itself was a master class performance by Haney. This may be harsh to say, but what became very clear to me is that most boxing fans quite simply do not know enough about boxing to critique it on that level.

When Devin Haney vs George Kambosos 1 unfolded, the fight developed just as I, and many other boxing aficionados had expected. The fight was a shutout. This is where the backtracking begins. Many fans were able to appreciate the master class performance displayed by Haney, however, many critics called Haney a hugger, perhaps not understanding the importance of a clinch in the sport of boxing. The interesting part is that when Haney vs Kambosos 2 occurred, these fans with the ‘hugger’ narrative had to backtrack again, why? Because he used a completely different strategy. Again, most fans may not be able to understand what is actually taking place in the square circle. On the second fight, Kambosos tried to switch his stance in which Haney was able to time him during the switch. In fight one Haney beat Kambosos with a jab and a right hand and in fight two, Haney beat him with jab and a left hand.

All of these fans had to backtrack their words for a couple of reason, first of all, Devin Haney could no longer be called the email champ anymore, he is now what many of us knew he would become, the undisputed champion. Additionally, the fans who were able to see past their bias were able to acknowledge that Haney’s boxing skills are elite.

Now that Haney completely obliterated Kambosos and that Lomachenko did not look great against Ortiz, the backtracking and excuses are pouring in. The main excuse that I’m hearing is that Devin Haney is too big for 135, yet no one was saying that 3 years ago when Haney petitioned for the WBC vacant belt against Luke Campbell… and just in case you didn’t know, Luke Campbell who was defeated by Lomachenko, has the same reach and height as Devin Haney.

Anything could happen in boxing, one punch can change the outcome of the fight. But here are some variables to consider. Lomachenko fights very well coming in at an angle, this will be very effective against 90% of fighters because most fighters fight up and down, the limitation is that while Loma is strong with his angles, he is susceptible down the middle, the right cross for example. Additionally, while Lomachenko fights very well on the offense when he has his angles, he also seems susceptible on the back foot, against strong pressure fighters like Lopez and Salido for example.

Again, anything could happen in boxing, but against Devin Haney, Loma will have a very hard time finding those angles because Devin Haney is constantly pivoting and throwing an array of punches from angles himself. Additionally, down the middle, Haney has one of the fastest jabs and one-two’s in boxing. Lomachenko does have a small chance though, and it is due to him throwing combinations. It’s very difficult to catch Haney with one punch, but it’s possible that he could be caught on the 3rd, 4th, or 5th punch, and for this reason Lomachenko may have a small change, however the odds would still favor Haney and that is because even if Lomachenko throws in high volume, he is exposed to getting timed himself.

This is not intended to take away from Vasyl Lomachenko, but rather to give context to what is a plausible outcome. At 135 Lomachenko is yet to beat an undefeated elite fighter. Jorge Linares for example had been TKO’d by Antonio De Marco, Richard Commey had been knockout by Teofimo Lopez and even Masayoshi Nakatani was Knocked out 2 fights after fighting Lomachenko to a boxer with only 16 fights. All that to say that this new breed of lightweights present a real problem for Lomachenko, and that includes Tank, Haney, Shakur and even a hard pressure fighter like Pitbull Cruz.