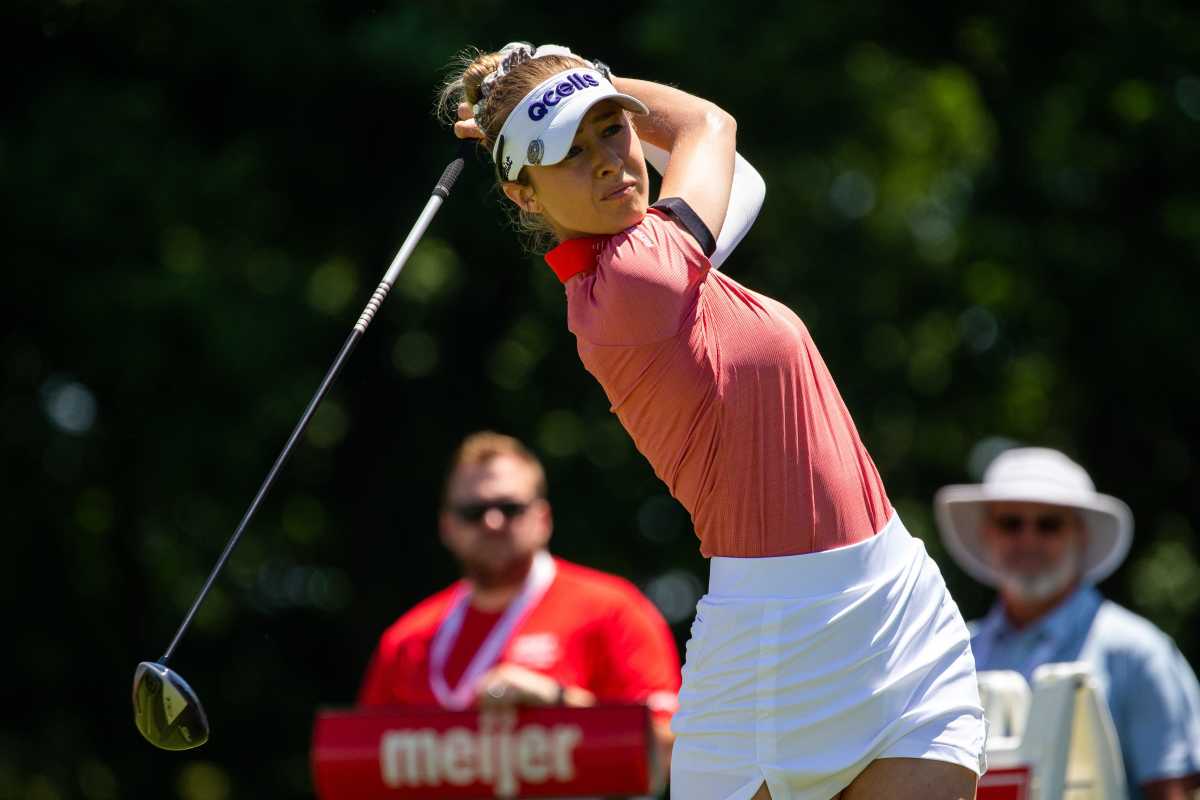 The QBE Shootout, the PGA Tour’s December team-format event, will feature two LPGA players in its 24-player field for the first time this year: world No. 4 Nelly Korda and No. 7 Lexi Thompson. Thompson will make her sixth appearance in the tournament, hosted at Tiburon Golf Club in Naples, Florida, while Korda will make her debut.

In the spring, a blood clot in Korda’s left arm forced her to step back from competition for almost four months. Since her return, the younger of the two Korda sisters has racked up five top-10 finishes. Thompson, on the other hand, secured her first win since 2019 at the Aramco Team Series in New York last month, where she outlasted Korda in the final round.

Taking place from Dec. 9-11, the QBE Shootout features a unique format that revolves around two-player teams. The first round is a scramble, the second round is greensomes (otherwise known as modified alternate shot), while the final round is better ball.

Another first for the Shootout is the absence of Greg Norman. For 33 years, Norman hosted and competed in the event, which was formerly known as the Shark Shootout, after Norman’s nickname. However, the two-time major champion’s role as the CEO and commissioner of LIV Golf marked a shift in his involvement. Norman announced on Instagram in September that he has been “asked not to attend.”

World No. 16 Billy Horschel, No. 17 Cameron Young, and No. 18 Max Homa highlight the top-ranked PGA Tour players in the field, while this year’s QBE Shootout rookies include Sahith Theegala, Denny McCarthy, and Maverick McNealy.