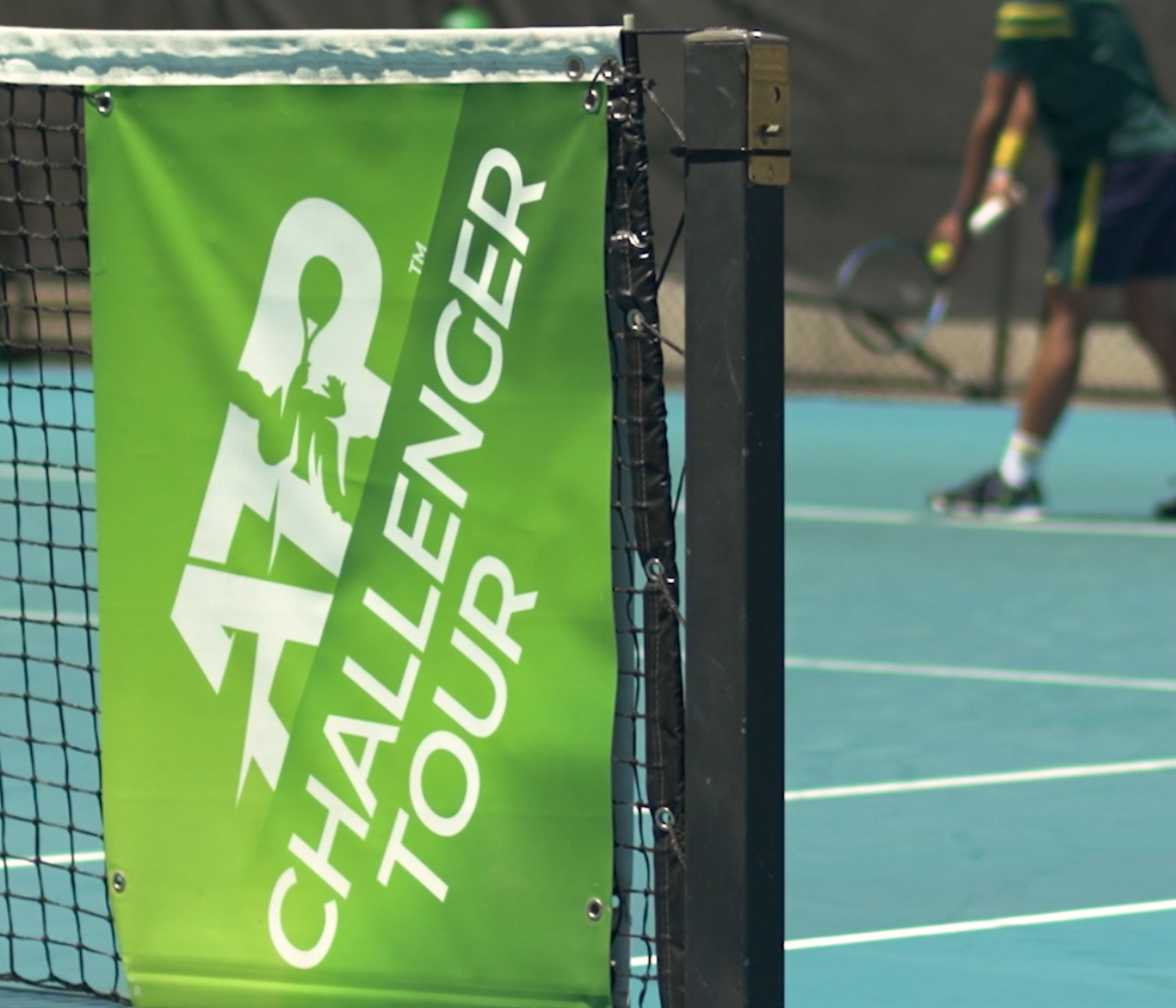 Day 6 of the NSW Open is complete.

With 2 days left of the NSW Open, today saw the Quarter finals played of the Men’s and Women’s Singles as well as the Semi Finals of the Men’s and Women’s Doubles. Max Purcell is the last remaining New South Welshman standing and flew the flag high for us today. In an amazing match Purcell came away with the win over Tristan Schoolkate 7-6 (4), 6-4. In the other Quarter Final played on court 2 Aussie Adam Walton went down to Marek Gengel (CZE) 6-2, 6-0. On court 4 in the quarter finals Marc Polmans (AUS) defeated Mark Whitehouse (GBR) 6-3, 6-1 while Yu Hsiou Hsu was too good for our other NSW hopeful James McCabe winning 6-4, 6-0.

In the Men’s Doubles Semi Finals, Blake Ellis and Tristan Schoolkate defeated number 4 seeds Matthew Romios and Jason Taylor 6-3, 7-6 (3) while in the other Semi Edward Winter (AUS) and his partner Mark Whitehouse (GBR were defeated by Ajeet Rai (NZL) and partner Yuta Shimizu 6-2, 6-4

Tomorrow will see Kimberly Birrell (AUS) take on Petra Hule (AUS) in an all Aussie Semi Final to be played at 11am on court 9. This match will then be followed by Olivia Gadecki (AUS) vs Mai Hontama (JPN). In the Men’s Singles Semi Finals Marc Polmans (AUS) will play Marek Gengel (CZE) first on court 2 followed by Max Purcell vs Yu Hsiou Hsu (TPE). 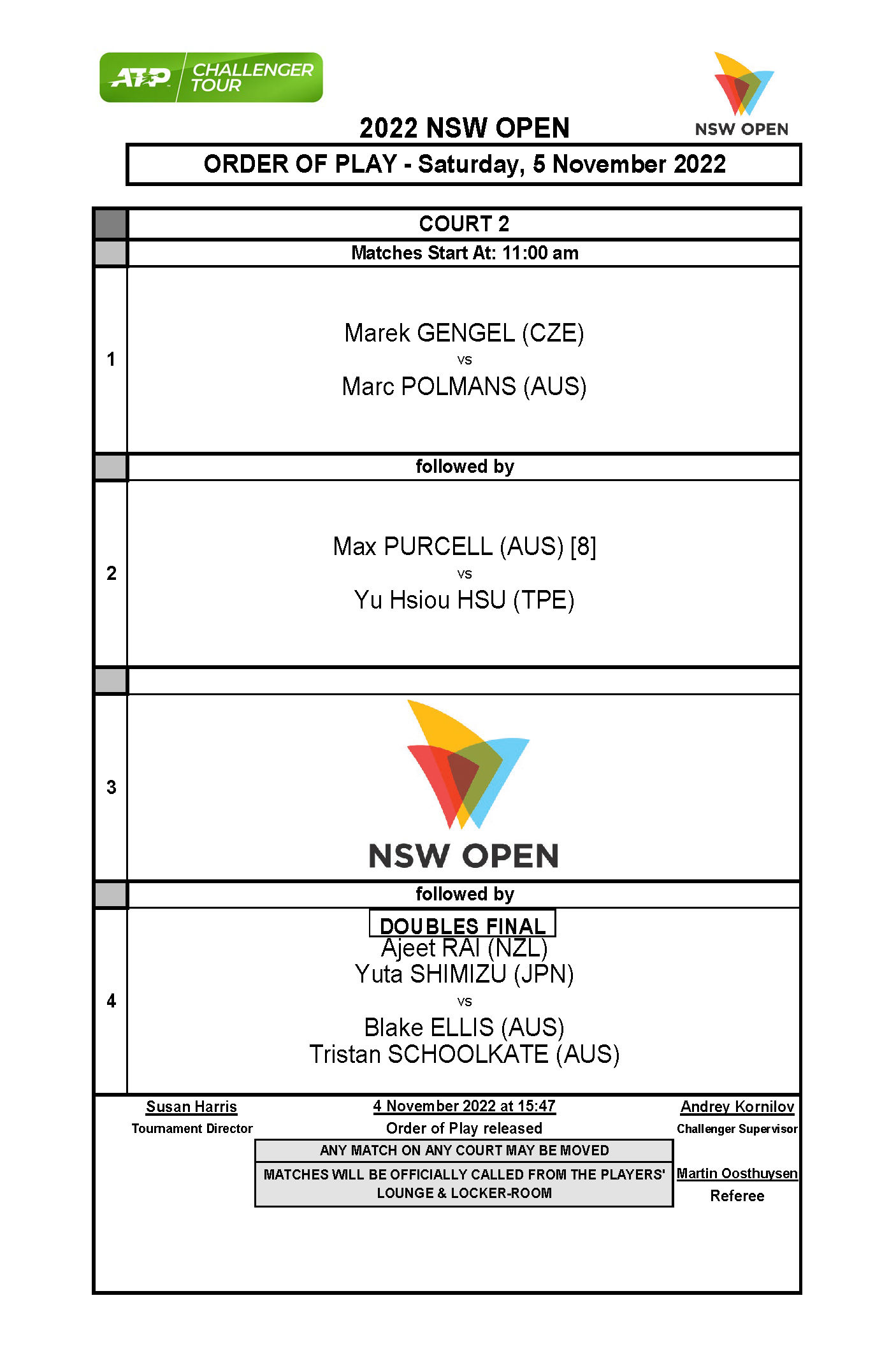 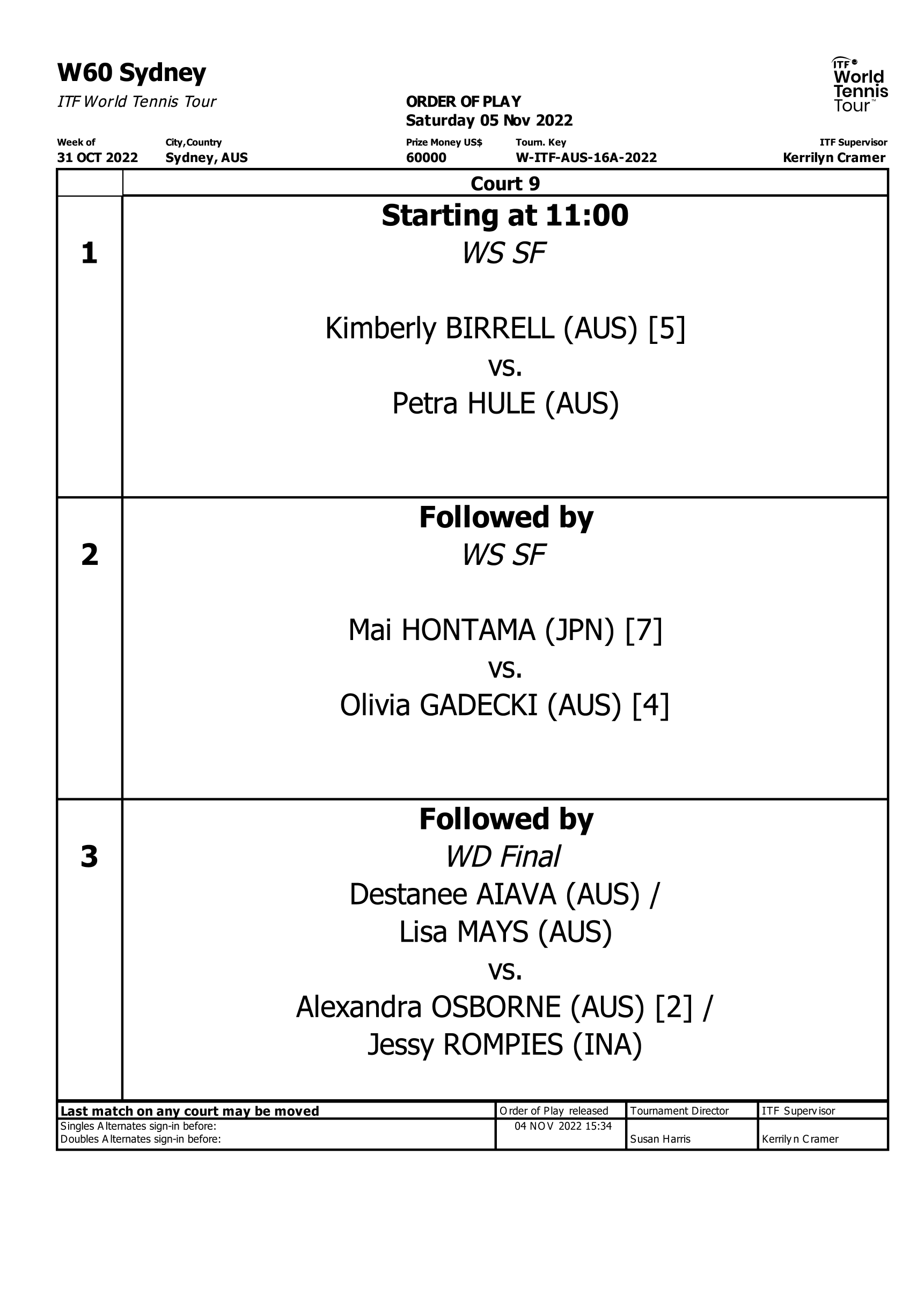