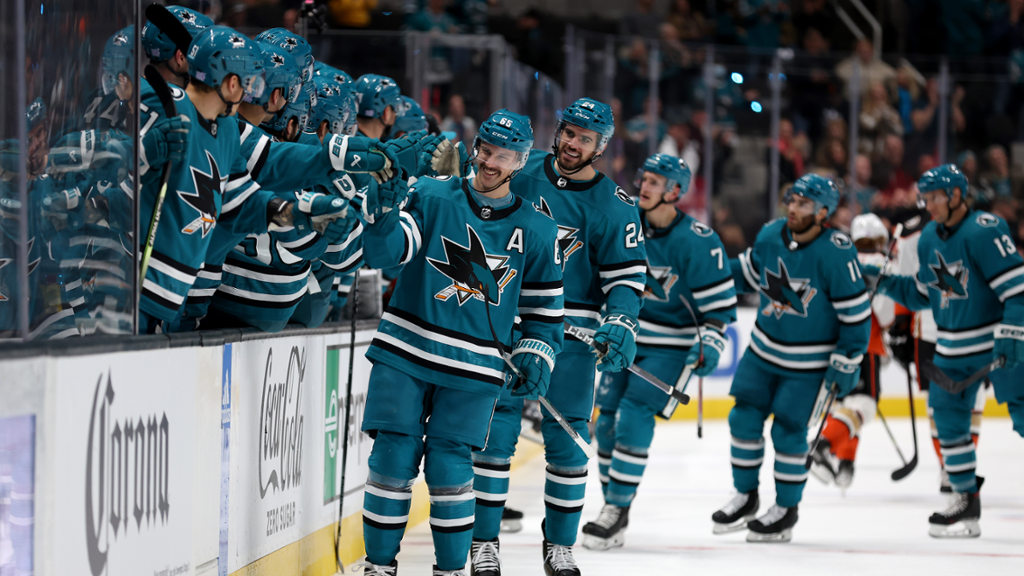 We are witnessing the latest King Karl era.

Erik Karlsson has been on a tear lately, shows no signs of slowing down, and everyone is here for it.

Karlsson currently leads the Sharks in points (by a lot), goals, and assists.

Karlsson currently leads NHL defensemen in points (18), goals (10) and is tied for second in assists (8). He sits only behind Connor McDavid (12) in goals scored among all players, which if you don’t know is pretty impressive.

His 18 points put him in fourth place in scoring in the NHL. The three above him are McDavid, Leon Draisaitl and David Pastrnak. He’s in fairly good company at the top of that list.

The 32-year-old showed up to SAP Center on Nov. 1 wearing a hat and coincidentally scored his first-career hat trick against the Anaheim Ducks. His three goals in the game were also the first for a Sharks defenseman in team history.

Through his first 13 games he’s already tied his current record of 10 goals in a year during his Sharks tenure, which he set last year in 50 games played.

With his 10th goal of the year, in the Sharks game against Florida on Nov. 4, he tied the record for third-fastest defenseman to hit the 10-goal mark. The last time the milestone was hit in 13 games was Georges Mantha 85 years ago.

Tweet from @PR_NHL: Erik Karlsson of the @SanJoseSharks scored his 10th goal of the season, trailing only Connor McDavid (12) for the most among all skaters. 🚨 #NHLStats: https://t.co/LXi5U5eojB pic.twitter.com/LqXnL58WVI

His four-game goal streak is the longest of his career. The alternate captain has also notched multiple points in his last four games, which ties a career best.

The hot start earned Karlsson the NHLPA’s Player of the Week on Friday.

Tweet from @NHLPA: Three multi-point performances, including his 1st career hat trick, helped propel @ErikKarlsson65 to become the first defenceman of the modern era to reach 10 G in only 13 GP. The @SanJoseSharks blueliner has earned the title of NHLPA Player of the Week. pic.twitter.com/qmyy3QkZhy

While many things have been sure to contribute to his explosive start, we can’t rule out his off-ice activities playing a part in it.

Tweet from @SanJoseSharks: When you���re a #GirlDad you have to become a multi-sport athlete 🥰👯 pic.twitter.com/vL7OTcsVYN

The Swede might not be great at opening doors, but he sure can put the puck in the net and we love that about him.

‘Maybe I just don’t have it’