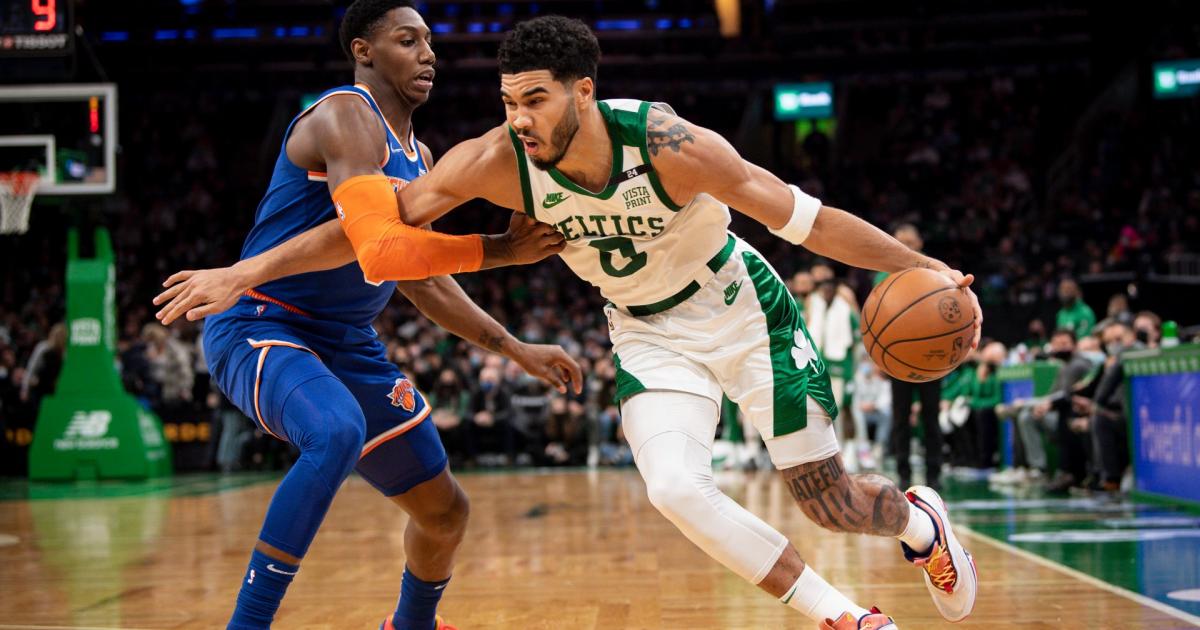 The Celtics and Knicks will meet in New York on Saturday night for an early-season Atlantic Division matchup.

Boston kicked off the 2022-23 season with three straight wins, but the Celtics then dropped three of their next four games, including two overtime losses to the Cavaliers. While the team’s performance hasn’t been consistent overall, Jayson Tatum (30.1 points, 8.0 rebounds, 3.9 assists per game) and Jaylen Brown (26.0 points, 6.9 rebounds, 3.0 assists per game) have been terrific.

New York is also looking for a victory after a recent string of double-digit losses to Eastern Conference opponents. Offseason acquisition Jalen Brunson (18.4 points, 6.9 assists, 3.7 rebounds per game) will attempt to get the Knicks back on track when they take the floor this weekend.

Here is everything you need to know about the Knicks vs. Celtics, including TV and streaming options for the game.

What channel is Celtics vs. Knicks on?

Celtics vs. Knicks will air on NBA TV. Viewers can also stream the game on Sling TV.

Fans in the U.S. can watch the biggest games of the 2022-23 NBA season on Sling TV. Stream Sling Orange for $35/month to catch all regular season games on TNT, ESPN & ABC. For games on NBA TV, subscribe to Sling Orange & Sports Extra for $46/month. Local regional blackout restrictions apply.

Celtics vs. Knicks will tip off around 7:30 p.m. ET on Saturday, Nov. 5. The game will be played at Madison Square Garden in New York.

Here are Boston’s next five games of the 2022-23 regular season: