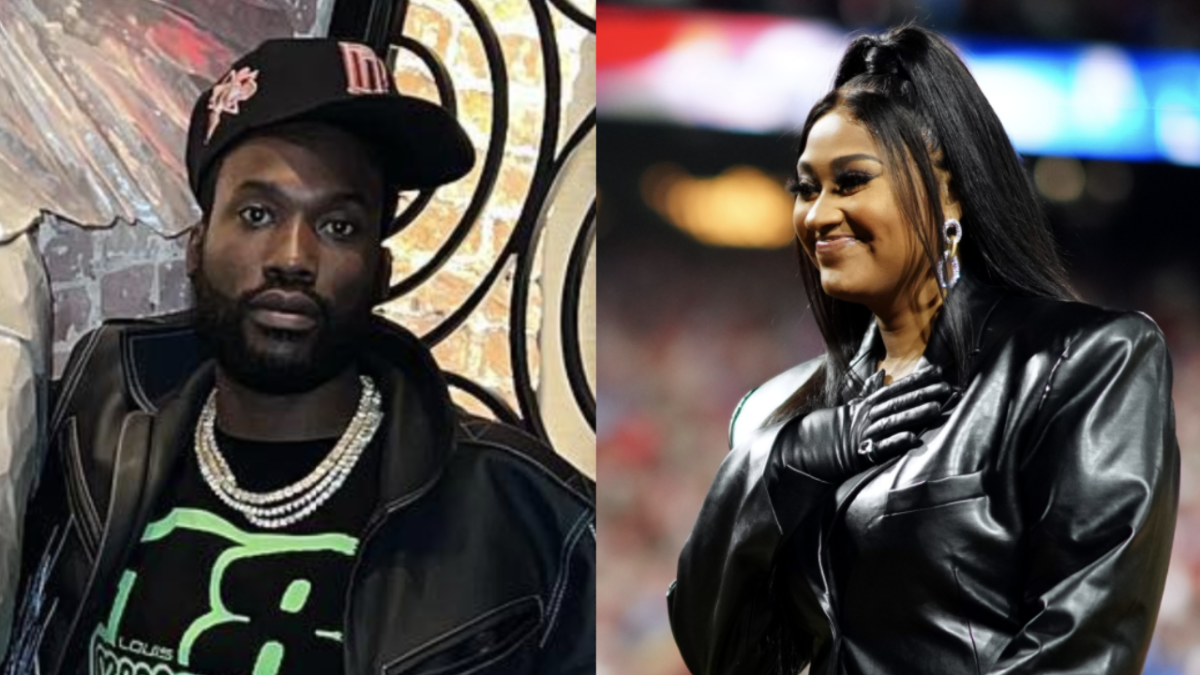 Meek Mill and Jazmine Sullivan had the huge opportunity of performing during Game 5 of the MLB World Series matchup between the Philadelphia Phillies and Houston Astros.

The game took place on Thursday (November 4), with Sullivan leading the way with a powerful rendition of the National Anthem to kick off the night in front of 45,000-plus fans. Meek was next to take the field as he performed the “Dreams and Nightmares,” which was recently dubbed the “Black National Anthem.”

The Dream Chasers boss made great use of his time on the field as he gave an energetic performance of the song while dressed in a blue Phillies jersey and black team jacket. Once the song was over, Meek was smiling from ear to ear as the hometown fans cheered him on, ready to see their team show out.

However, those two moments would be the night’s only highlights for Philadelphia, as the Phillies suffered a crushing defeat to the Astros, losing 3-2. Despite a valiant effort to take Game 5, the Phillies couldn’t do anything against Astros pitcher Justin Verlander’s five dominant innings to earn him his first career World Series win.

The Astros now lead the World Series three games to two with a chance to seal the deal in Game 6 on Saturday (November 5) at Minute Maid Park in Houston, Texas.

Meek Mill will be getting ready to bring back his Flamerz mixtape series with a fifth installment that’s set to arrive very soon. The Philly native shared the news on social media earlier this week, giving fans a glimpse of the project’s fiery cover art along with a tentative release date.

“FLAMERZ 5 ‘for promotional use only’ any day I pick ima drop it give me a few days,” he wrote on Instagram while sharing the fire emoji-filled artwork.

On Twitter, Meek hinted at the mixtape’s imminent release, writing: “Flamerz 5 in 2 weeks.”

Meek Mill kickstarted his fan-favorite Flamerz series in 2008, helping him gain a buzz in his hometown. The last installment arrived in March 2010 and featured appearances from Black Thought, Freeway, Gillie Da Kid and more.

While further details remain scarce, Flamerz 5 will serve as the follow-up to Meek’s fifth studio album, Expensive Pain, which dropped in October 2021 and contained the bonus track “Flamerz Flow.”