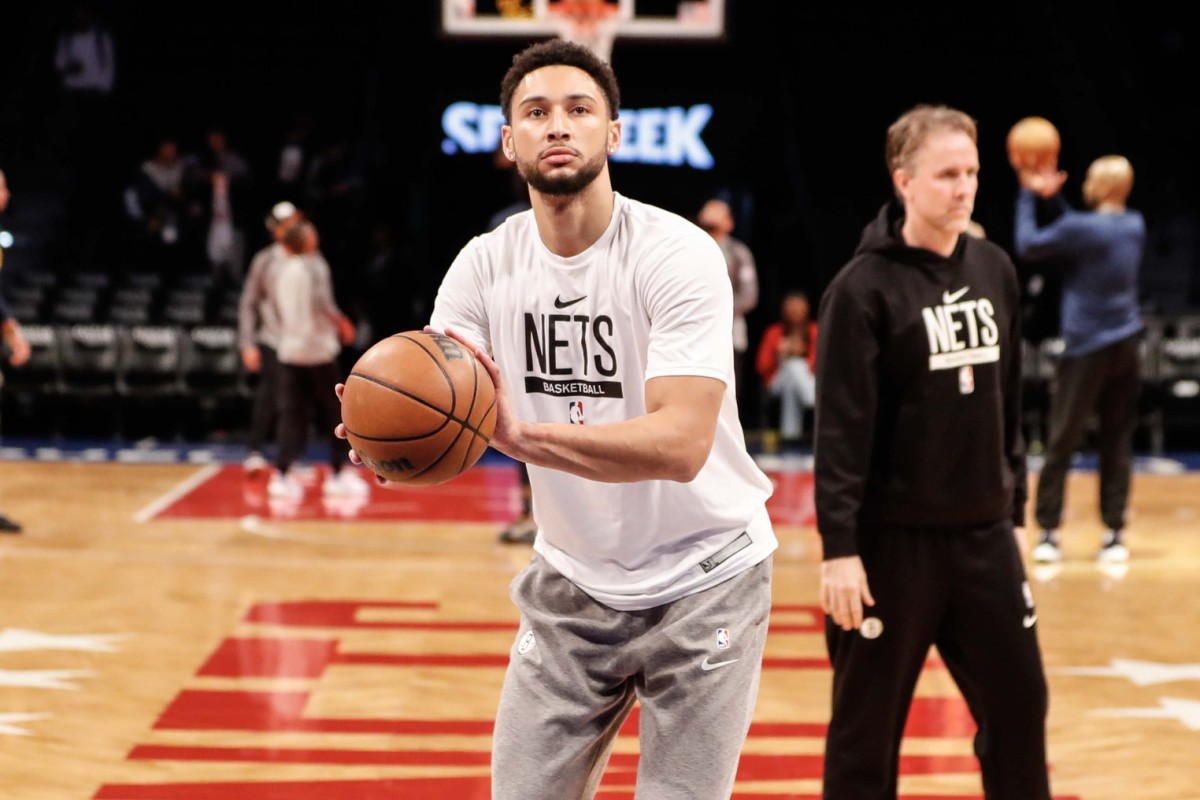 The Philadelphia 76ers needed to trade away Ben Simmons last season. As the three-time All-Star refused to return to the court, the Sixers spent more than half the 2021-2022 NBA season employing a healthy player that felt he couldn’t play for the team again.

Meanwhile, over in Brooklyn, the Nets were running into a similar issue. While James Harden appeared in 44 games, it became clear he was growing disgruntled. During Harden’s final outing with the Nets, the All-Star spent 37 minutes on the court. He shot 2-11 from the field, totaling four points. While Harden battled hamstring issues throughout the year, he looked uninspired.

For four-straight games, Harden was off the floor. On the day of the trade deadline, the Sixers offered the Nets a “help me, help you” proposition, as Daryl Morey and Philly’s front office wanted to swap stars. Eventually, the Nets took the bait and received more than just Simmons in the trade.

Simmons couldn’t contribute to the Nets at all last year. While he was mentally ready to return to the floor, his ramp-up process involved a setback. Simmons would deal with a back injury, which eventually required surgery. He went on to miss the entire 2021-2022 season.

This year, Simmons was ready for his fresh start at last. As the Nets debuted against the New Orleans Pelicans on October 19, Simmons checked in for a 23-minute shift before fouling out. The All-Star produced four points, five assists, and five rebounds before his night ended prematurely.

Simmons’ Brooklyn debut underwhelmed, but rust was to be expected. However, the star guard has yet to hit his stride as the Nets opened the season in disappointing fashion so far.

Through five games beyond the opener, Simmons had attempted six field goals per game. He’s producing 6.6 points per game, along with 7.8 assists per game. While he’s been improving in the playmaking department, Simmons’ lack of shooting hasn’t helped Brooklyn’s lack of spacing and shooting. And now he’s been off the court for two games as an injury is in play.

As problems persist in Brooklyn, the Nets are off to a 2-6 start and have already moved on from their head coach Steve Nash.

Is Nash the first domino to fall?

One would assume the Nets are going to seek trades in an attempt to salvage the season. It’s unclear if Simmons is a guy who might be on Brooklyn’s trade block, but Ian Begley of SNYtv reports that the former Sixers’ name was mentioned in one scenario recently.

“In a big-picture sense, you wonder what happens with this roster. I was told that even prior to that loss on Saturday, the Nets had been talking to teams about cursory trade ideas, and the Nets were looking for shooting, and Ben Simmons’ name actually came up in at least one conversation the Nets were having with a Western Conference team. It seems like several things are on the table for this roster.”

Are the Nets having buyer’s remorse after making their big trade with the Sixers last season? It might be too early to tell. While the Sixers have surely benefitted from Harden’s playmaking and improved scoring from last year to this year before his Wednesday night injury, it was clear that the ten-time All-Star wasn’t going to stick around in Brooklyn long-term anyway.

On the other hand, the trade package from Philadelphia isn’t thriving in Brooklyn at this time. Andre Drummond left in free agency to sign with the Chicago Bulls. Seth Curry is once again dealing with an ankle injury, which forced him to miss seven of Brooklyn’s first eight games this year.

Meanwhile, Simmons’ presence hasn’t created a significant positive impact on the struggling Nets. Again, it’s still way too early to tell if the Nets regret making a move for a package headlined by the former first-overall pick, but it seems Brooklyn might be open to cutting the cord early if there is a player with a better fit on the table.

Justin Grasso covers the Philadelphia 76ers for All76ers, a Sports Illustrated channel. You can follow him for live updates on Twitter: @JGrasso_.