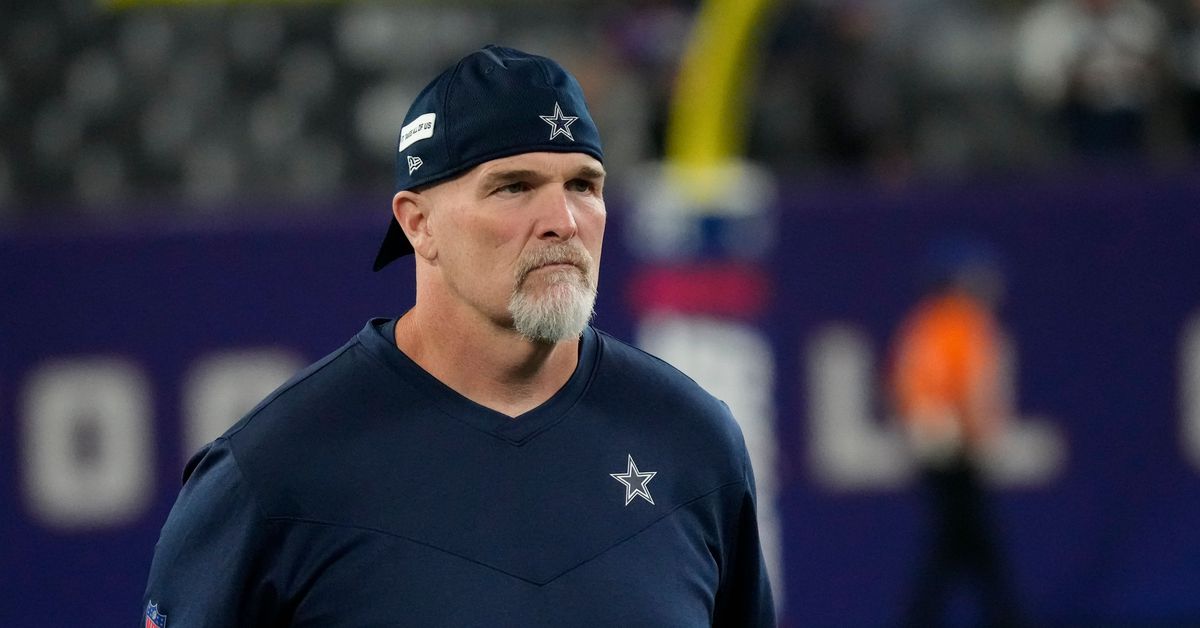 As they say, the NFL is a copycat league. Whatever successful trend is en vogue in the NFL, others are sure to follow suit. A true throwback classic, defense, is the hottest thing happening, and Dallas’ defensive coordinator will likely be in high demand.

The appreciation for what Quinn brings to an organization extends beyond his players. Yes, the Cowboys currently have a top-10 defense and lead the league with 33 sacks. The unit has also improved by surrendering 37.5 fewer yards per game this season.

But those within and outside the franchise know how good of a coach Quinn is.

“He’s very qualified,” Cowboys owners Jerry Jones said of his defensive coordinator “ … If I didn’t have a coach, I would have been interviewing him for coach.”

It’s difficult to imagine Quinn not being a head coach again at this time next year.

Business is booming on and off the field for Micah Parsons – Todd Brock, Cowboys Wire

Speaking of high demand, linebacker Micah Parsons is a popular guy these days. He’s racking up sacks and flying off the racks. Parsons’ stellar play has made his apparel a hot commodity.

Cowboys linebacker Micah Parsons topped all jersey sales across the league for the month of October, according to official NFLPA sales figures. He becomes the first defensive player to lead the sales rankings this season.

Cowboys receiver CeeDee Lamb is at No. 7 on the list; cornerback Trevon Diggs is ninth.

For the period March 1 through August 31, Parsons ranked 15th on the list. He’s turned a few heads- and sold more than a few jerseys- with his on-the-field performance since then to catapult into the top spot.

Last year’s Defensive Rookie of the Year has picked up right where he left off. He’s currently fourth in the NFL in sacks with eight, just half a sack behind three players tied for the lead. Parsons ranks fourth on the team in total tackles, has forced two fumbles on the season, and scored his first pro touchdown in Week 8 on a fumble recovery that he returned to the end zone in the Cowboys’ 49-29 win over Chicago.

After an offseason that saw the Cowboys jettison many veteran players, a youth movement in Dallas was imminent. The Cowboys 2022 draft class has been integral in their 6-2 start on the season.

This was an exciting pick when it first came in. Cowboys Nation was screaming all offseason for a shiny new offensive lineman, and they got one. Smith was not the one everyone expected, but he was easily one of the best run-blocking linemen in the draft class. Fast forward to training camp, more specifically the end of camp, and Tyron Smith is out for much of the season. Cowboys Nation reverted to panic again, but wait. Tyler Smith was placed into the left tackle position and the results have been pretty good.

So far Smith has allowed 16 pressures, that’s less allowed than other fellow rookies such as Kenyon Green, Zion Johnson, Ed Ingram, Luke Goedeke, and the same number as Evan Neal. On top of what Smith has accomplished, he’s managed to do all this while learning on the job. He had zero snaps at left tackle in camp, little practice with the starting offensive line, and was thrust last minute into the role with a lot of pressure to get results. Tyler Smith has done well so far, and his foundation for his career is strong and impressive.

The sack monster from Ole Miss was put through his paces in the draft process, and mostly by the Cowboys very own Dan Quinn. It was clear the Cowboys wanted a new pass rusher opposite Demarcus Lawrence, and it was also clear they wanted that guy to be Williams. Another amazing strike by the coaches and scouting team, as Williams had his coming out party versus the Detroit Lions, displaying raw strength and aggression. In that one game, on 14 snaps, he finished with three tackles, two sacks, one forced fumble and one fumble recovery. More like a stat line you see from a savvy veteran.

Following a disappointng end to 2021, the Cowboys sharpen their winning edge – Christian Cline, Inside the Star

This iteration of the Cowboys is showing a winner’s mindset.

The Cowboys have seemingly answered every question thrown their way and have not blinked. This team is full of grit, and as Mike McCarthy talked about before the season started – this team is resilient. We saw after that ugly loss to the 49ers, the Cowboys wanted to point fingers at the officials and place blame for their loss. It was ugly in all facets.

But this year, something is different. We’ve talked all season long about how prepared this team looks, how different they are, and how they’ve handled adversity. This quote from Demarcus Lawrence goes deeper than just acknowledging how Justin Fields exposed some of his play. This quote directly represents the mindset within the Cowboys’ locker room.

The Cowboys know what people think of them. They hear the outside chatter and the media who criticizes their every move. But the Cowboys don’t succumb to the noise – they put their head down and win football games. Too many times in the past we have seen this team crumble under pressure and adversity.

Also every single weekday features a roundup episodes of sorts similar to these news headlines that catches you up on everything that you need to know! Make sure to listen to Dallas Cowboys Daily hosted by Jess Nevarez from Monday through Friday. We also offer live shows every weekday afternoon on the Blogging The Boys YouTube Channel.

The Blogging The Boys podcast network is available on all major podcast platforms.